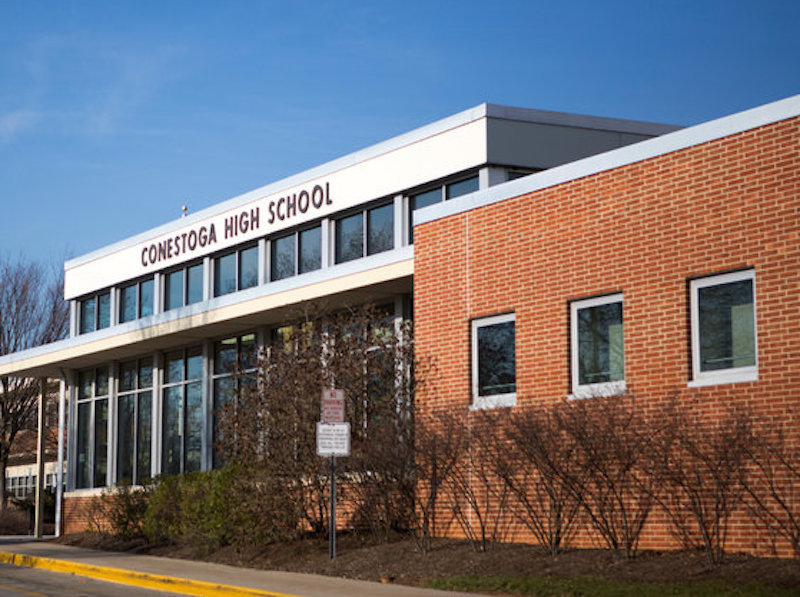 The football hazing/sodomy scandal that rocked Conestoga last year won’t be going to trial after all.

The three accused ex-players today admitted in court only to harassing their freshman teammate.

In exchange for that admission, the really nasty charges – assault, making terrorist threats, conspiracy, unlawful restraint, possession of an instrument of crime – were all dropped. (Their trial on those charges was to have begun this morning.)

And remember the DA’s vile account of what went down in the locker room in October 2015?

Well, that’s been dropped, too. Or at least radically revised.

“One of the charged juveniles poked the victim with a broom stick in the leg,” reads the statement issued jointly today by Chester County DA Tom Hogan and lawyers for the three defendants.

So much for the horrific broom stick sodomy the DA described when he announced charges in a televised news conference last March.

To which we say: Good riddance.

Assuming the trio, now college freshmen, continue to keep their noses clean, their records will be expunged in six months, says Dorian Ross, father of one of the defendants. They won’t be fined and won’t be on probation, he says.

The three have been on “pre-adjudication supervision” – requiring weekly check-ins with a juvenile parole officer – since the DA leveled charges. When the scandal broke, Conestoga suspended the seniors for ten days and axed its entire football coaching staff.

Ross tells SAVVY he’s relieved the case is over. Still, he remains bitter.

He insists his son is innocent of all charges, including harassment.

“I was confident that we would win if we went to trial,” Ross says. “They didn’t have a case. But my son is 18 now. It was his decision [to avoid trial]. And I trust and support it.” (After a semester commuting to Delco, his son will leave for Kutztown shortly, where he will play rugby, not football.)

Ross says he’s “disgusted” by the way the case was handled. He calls the investigation “sloppy,” the alleged victim “not credible,” eyewitness accounts “inconsistent” and the DA “grandstanding.”

He says he “waited almost a year for a charge that’s like a parking ticket or speeding ticket” … while his son’s “life and reputation have been tarnished.”

The DA and the school district – no surprise – declined our request for comment on today’s proceedings, citing the confidentiality requirement in all juvenile court cases.

Meanwhile, the alleged victim appears to have landed on his feet.

Expelled from Conestoga last year after he was charged with sexting/cyberbullying, he now attends Valley Forge Military Academy, where he plays football.

And where, according to Ross, his $31,000 tuition, room and board are paid for by the T/E School District because he’s technically “homeless” and his last known residence was in T/E.

A soft landing if there ever was one.

For the record, the official statement from the DA’s office and defense attorneys Vincent DiFabio, Timothy Woodward and Michael Malloy reads as follows:

The three juveniles have accepted responsibility for their conduct. They have made an admission to the criminal summary offense of harassment, which makes it a crime to intentionally subject another person to physical contact. On a Thursday afternoon, the juvenile victim and other younger football players were directed to clean the locker room. When the victim refused to clean and attempted to leave the locker room, he was shoved, pushed and briefly held down by the three charged juveniles in an effort to get him to clean the locker room. One of the charged juveniles briefly poked the victim with a broom stick in the leg. The intent of the charged juveniles was to scare the victim and coerce him to cooperate with other team members in the joint cleanup of the locker room, and not to do the victim any physical harm. The victim did not suffer any physical injury, and reported the incident to his father months later, after the victim was charged with a juvenile offense. The juvenile victim, the Chester County District Attorney’s Office, and the three juveniles charged are in full agreement with this disposition.

The statement concludes with this:

The victim, the charged juveniles, and their respective families all would like the opportunity to move on with their lives. We all hope never to see an incident like this in Chester County again.