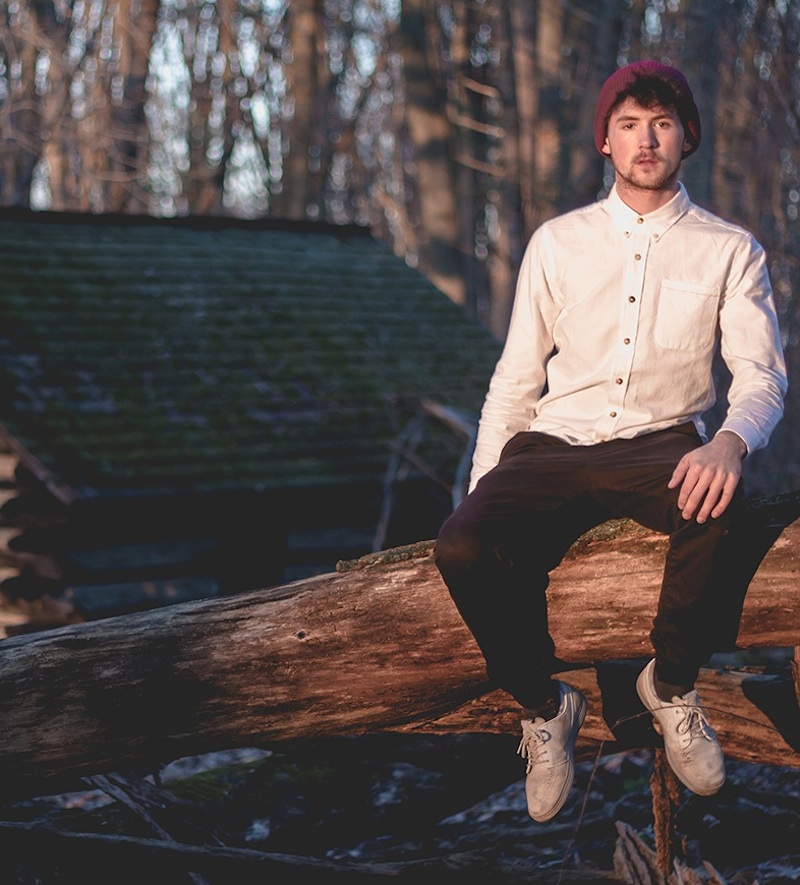 Reilly McCloskey is clear-eyed. At last.

An addict through his teens, Reilly, 23, is clean and sober, his vision fixed and in focus, the grayscale blur of his Conestoga days turned radiant.

And like Dorothy in Oz, Reilly is relishing every last pixel, capturing them with his Canon D in all their Technicolor glory.

Indeed, the first show of his photography (“Interaction of Color” at Bryn Mawr’s New Leaf Club through March) is an explosion of hue and light.

A celebration of seeing. For the first time. 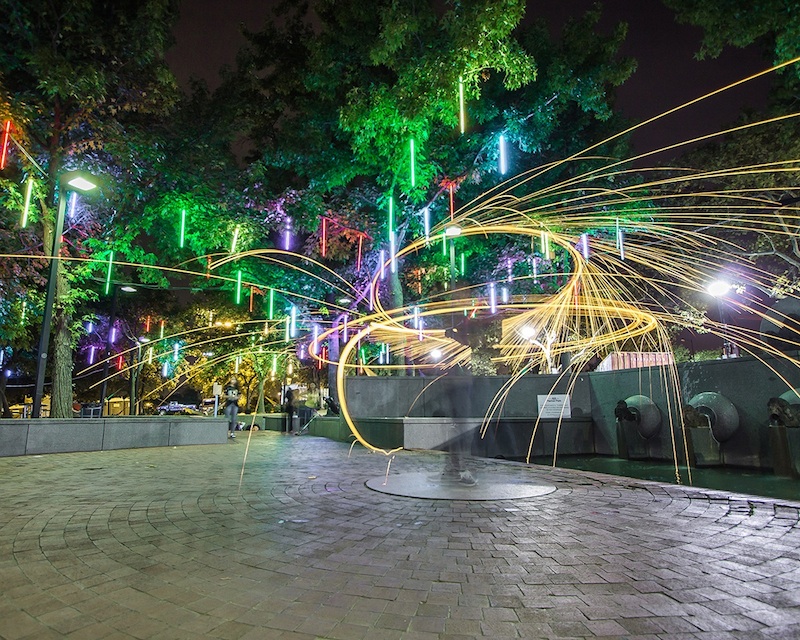 Reilly, more than anyone, knows how lucky he is.

“Plenty” of his addict friends are gone now, another buried a few months ago.

If he had moved from booze and pot to heroin (“almost every one of my high school friends went in that direction”), Reilly’s pretty sure he would have checked out already, too.

Heroin is “everywhere,” Reilly tells SAVVY. “It’s just as bad here on the Main Line as it is in Maryland.” If the January death of a former Haverford School star athlete/Ivy League grad hasn’t sobered us up, folks, Reilly hopes his story just might.

That’s why, on a recent Saturday afternoon, he eagerly sat down with me – a stranger who happens to know his parents and stepmother – in the Gateway Starbucks for more than an hour.

At first glance, I was dumbstruck.

Could the articulate, intelligent young man before me really have wasted his youth, some of his best years, getting black-out drunk and high?

Alcoholism and addiction run in Reilly’s family. Add adolescent insecurity and things got toxic fast. “I didn’t feel confident just being myself so I started drinking and smoking [pot]. I lost interest in school … Maybe it was the culture. We’d go to our friends’ parents’ basements and get wasted. As long as it was in their house and we weren’t driving…” he recalls, shaking his head.

He managed to graduate in 2010, then plummeted. “I didn’t do anything. I was just sleeping on the couch, with no drive, no ambition, no life. I had had dreams but I lost myself in addiction.”

After outpatient rehab and counseling, a possession charge at age 18 (reduced to a misdemeanor for community service never performed), an underage at 19, straight A’s at Delco, a first job at Five Below and months of sobriety fatally “rewarded” with a drink, Reilly had one thing figured out: Addiction was a monster he couldn’t slay alone.

He called a sober friend. And with that friend’s help, was reborn. “I had an awakening … There was more to life than getting high. I realized that other people matter.”

He woke up to a new talent, too. “Photography is meditation for me; I get in a different zone.” A photography professor took an interest; the New Leaf Club nurtured it, allowing him “to flourish and meet other like-minded people.”

On track for an associate’s degree in graphic design next spring, Reilly hopes “Interaction of Color” will be the first of show of many, “the beginning of a new chapter for me.”

He doesn’t blame his own parents for his struggles. “At the end of the day, it was my decision.”

But he does have a strong words for area parents.

To parents of kids with addiction issues: “You’re killing your children. I have to put it in those words,” Reilly says.

How, exactly, are they “killing them”?

“They’re letting them sleep it off on the couch. They’re giving them money to go to the movies … They’re providing food, shelter, jobs and money.”

What they should be doing instead, what he wishes the parents of his dead friends had done, was kick them out. Cut them off.

“They won’t reach the bottom until they have nothing. If you’re an addict, you should be either on the streets or in rehab. That’s it,” Reilly says.

His second warning is to parents who think hard drugs couldn’t possibly touch their kids: Wake up. That Tylox/Vicodin/Oxycontin you were prescribed after surgery is just calling your teen’s name.

“Kids are trying to get their hands on anything. They just want to try it,” Reilly says. And “trying” an opiate leads to opiate addiction, which leads to the easier and cheaper high of heroin.

That’s what makes opiates so much more lethal than booze, in Reilly’s opinion.

“Alcohol affects me differently than other people … Every time I drank, I blacked out.” But hard drugs are addictive to everyone who tries them, he says.

Parents, too, should consider being more “open-minded,” according to Reilly. Sure, you should have some rules. But don’t sweat the small stuff.

“There’s a lot of pressure out there on kids. Let them know that they’re enough. As is. And that they don’t need to change for anybody.”

An old soul only a few years out of his teens, Reilly has found a second calling: helping high school kids on the road to sobriety. “When I talk to kids, I hear who I used to be in there. Helping them is super rewarding.” 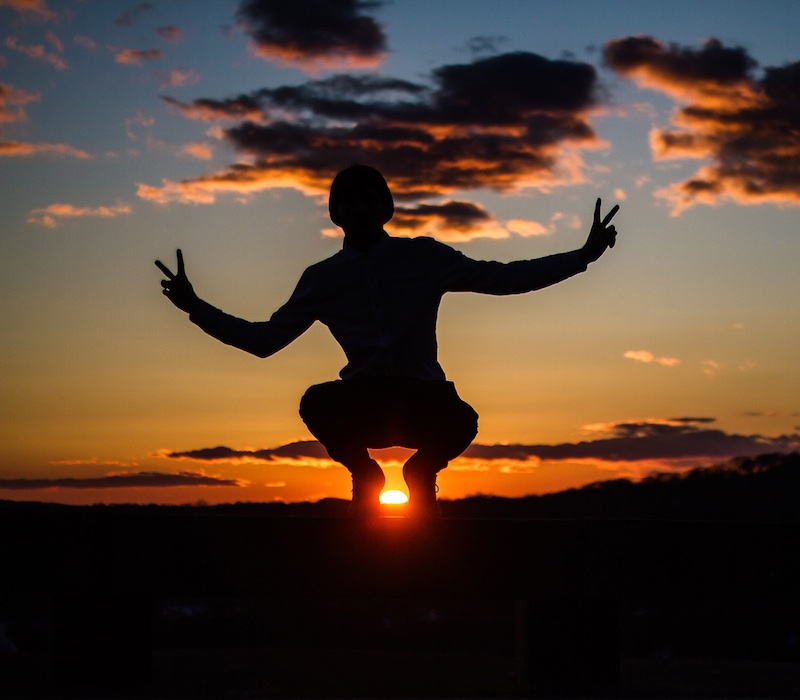 Another of Reilly’s Valley Forge Park self-portraits, “Peace and Love.”

No matter how many National Merit and AP Scholars it announces at graduation, how many trophies its teams hoist this school year, or how stellar its “Guys and Dolls” performances last weekend, NOTHING, it seems, will erase the stench that came out of the locker room at Conestoga last week.

First, it stunk up the local news.

Then it leeched out to USA Today, Yahoo, and media outlets across the country.

And now it festers: three senior players charged (as juveniles) with assault, conspiracy and related charges for sodomizing a freshman player with a broomstick on “No-Gay Thursday,” part of ritual hazing that the Chester County DA says has been going on for three years.

The DA’s story (in a nutshell): The freshman refuses to clean the locker room in his undies. Furious, the big boys hold him down and call for the broom. (Being forced to clean lockers in one’s skivvies apparently being a No-Gay tradition, along with genitals rubbed over heads and other lovely acts.)

Something sure seems rotten in the state of Stoga. Theories abound: Lack of supervision? Poor moral guidance? Lax rule enforcement or too few rules in place? Arrogant kids run amuck?

A yucky twist: The alleged broomstick victim was one of the very same freshmen arrested for sexting those x-rated photos. The DA says there’s no evidence of a connection, though.

The latest wrinkle: After taking some heat, DA Hogan also explained Monday why he didn’t charge the three football players with rape, or, more precisely, involuntary deviate sexual intercourse. The alleged victim asked him not to, wishing to avoid the extra courtroom humiliation.

It’s happened before: Tragically, a 17-year-old committed suicide in Vermont in 2012, a year after his football teammates sodomized him with a broomstick during a team dinner. Six months ago, his parents sued the Milton School District, its superintendent, and its high school principal for failing to uphold anti-bullying/hazing policies.

Putrid and rotting, the whole sorry Stoga mess is enough to make you hurl. Then, hopefully, stand back up, wipe your mouth, and push for change.

In brighter school news, a SAVVY shoutout to Malvern Prep junior Andrew Clark. The lacrosse goalie was just named Leukemia & Lymphoma Society’s Student of the Year (Eastern PA) for raising a whopping $68,000 for the cause.

Reality TV alert: Haverford School ’76 alum and transgender activist Jennifer Finney Boylan (James Boylan until her transition) is back on board Caitlyn Jenner’s luxury bus for the second season of E!’s “I Am Cait” docu-series. And so far, Jennifer’s giving Jenner a very rough ride for her conservative political views. 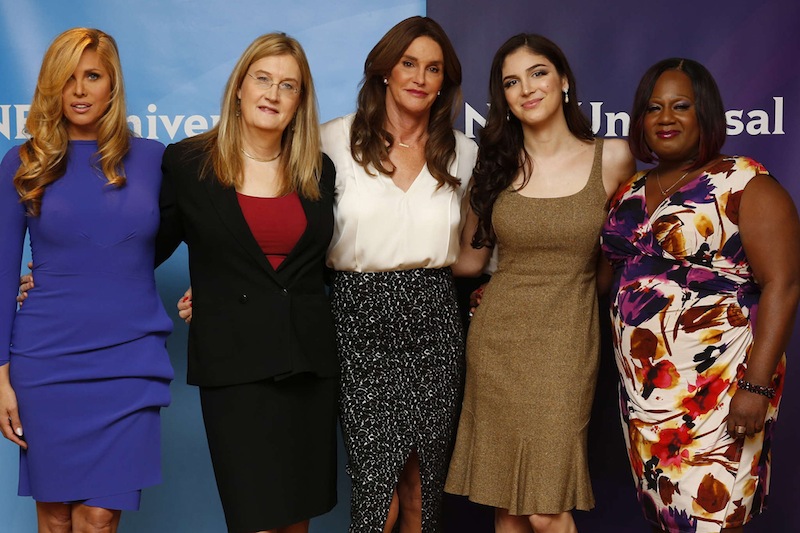 Boylan, a Barnard professor and author of the bestselling memoir “She’s Not There: A Life in Two Genders,” says she’s a voice of reason on the show.

Others call her its surprise breakout star.

And a TV Guide writer dubs Boylan’s political provocation “brilliant reality TV.” If Boylan weren’t there to confront her, “Jenner might consume herself with lipstick, boys, clothes and, to be fair, figuring herself out,” writes TV Guide’s Malcolm Venable. So noted.

BTW, Boylan still counts the day she got a standing O at the Haverford School – Dec. 3, 2010 – “one of the most powerful experiences” of her life.