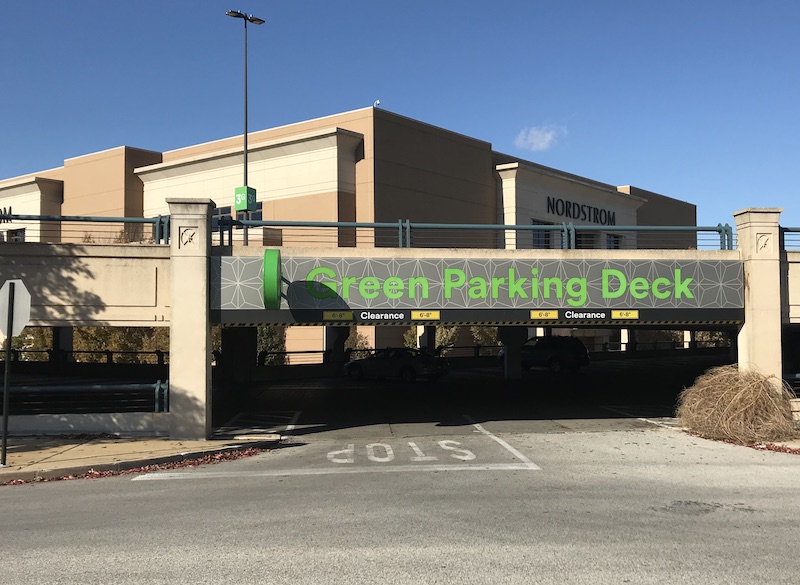 With help from U.S. Marshals and Delaware police (because the suspect was wanted in a string of violent crimes), Upper Merion police tracked him to the garage’s second floor. To escape arrest, the robber rammed into a few patrol cars, then tried to run over officers pursuing him on foot.

Police opened fire and the man was rushed to Paoli Hospital with multiple gunshot wounds.

Still in serious condition on Tuesday, the suspect, Kalin Jackson, 23, of New Castle, Del. has yet to be arraigned on 19 charges, including felonies for robbery and possession of a gun without a license.  He reportedly has been in trouble with the law since age 16.

Following protocol, Upper Merion police put the officers involved in the shooting on administrative leave pending an investigation. Authorities aren’t saying how many officers were involved or how many shots were fired. Nor have any names been released. They did report that a 9mm handgun – believed to have been used in Saturday’s holdup – was found on the front seat of the suspect’s car.

Montgomery County Detectives are investigating the shooting, which is SOP. In a statement released Monday afternoon, DA Kevin Steele said: “We will determine the circumstances that led up to the shooting and whether the decision to use deadly force is lawful in that situation.”

Meanwhile, the KOP Mall issued its own statement, reassuring shoppers that neither customers nor employees were harmed and thanking police for their “swift action.”

OK, we’re reassured but, oy, what a way to kick off the holiday shopping season.

In other KOP news: a men’s skivvies store

There’s a new spot to shop for the guy who has everything –  except comfy undies.

Known for the “quick draw” fly on its boxer briefs (it’s horizonal!), its stay-tucked tees, and its no-wedgie guarantee, TJ has a loyal fan base, including celebrity spokesman Kevin Hart.

Prices begin around $30; Hanes it’s not.

Nicely positioned next to the Art of Shaving, the new store’s got all the makings of a man cave: couches, sports on TV and local beers on tap. Tommy John “Comfort Concierges” are there to help shoppers sort through styles.

For sanitary reasons, there’s no trying on, but we’re told everything is returnable in store or online.

Next up at the mall: the Philly area’s first Alex & Ani jewelry store, set to open in late November.

Main Line moms (and grandmoms) are already mad for cBOP, an airy and bright baby boutique now open at the former Lithe space on Lancaster Ave. 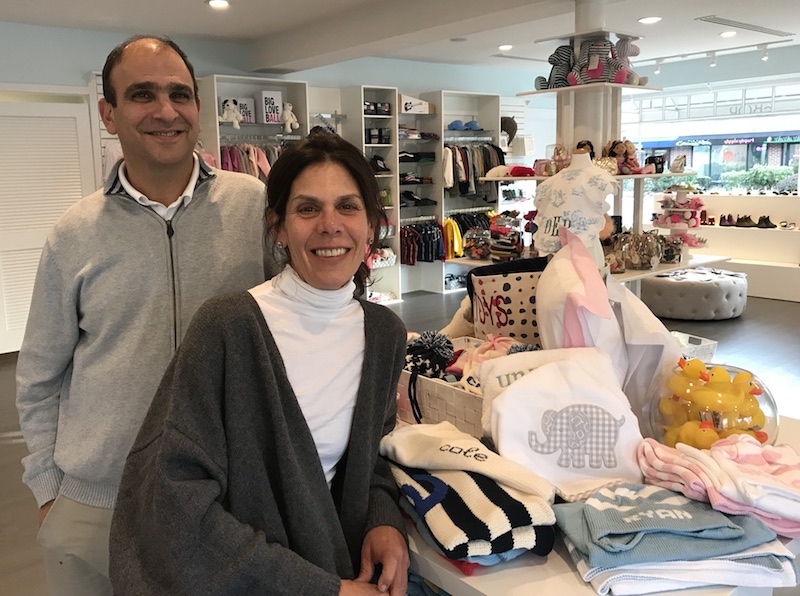 The place is stocked with all things adorable: quality clothes, accessories, toys and gifts for newborns through toddler size 4. There’s even an expansive sit-and-fit shoe salon with what have to be the cutest booties around.

Other standouts: curated gift baskets starting at $50, personalized duds, and a baby registry.

Want to give baby her first cashmere sweater? cBOP’s got her covered.

Wee ones are more than welcome. There’s a sizable play area and Music Monkey Jungle leads music classes on Wednesday and Thursday mornings at 10:30. ($10 for tykes over 6 mos.)

Partnering with the Bermans – and bringing e-tail and marketing smarts – are Danny and Ashley Govberg, owners of Ardmore’s Govberg Jewelers.

So what’s with the name already?  cBOP is what the Bermans called son Cole’s silly dances back in the day. (No doubt the 21-year-old Haverford School alum is delighted we just told you that.)

No need to schlep to the mall for your West Elm fix. The home furnishings retailer opened Sunday in the old Macy’s in Suburban Square. (Its housemate, a swanky Life Time Athletic club, won’t move in for a few months.)

Pottery Barn’s sleeker cousin, West Elm was born and raised in Brooklyn, part of the Williams Sonoma family of stores.

It’s a national chain, of course, but works hard to seem local. The 12,000 sq. ft. Ardmore store features goods from 11 “local” artisans – a term used loosely since four are from Pittsburgh and none are from the Main Line.

We’re told elements of the new store’s design were inspired by the “stately architecture of the Main Line.” So there’s that.

A SAVVY shoutout to Gingy’s boutique, which just celebrated its tenth birthday in downtown Malvern. 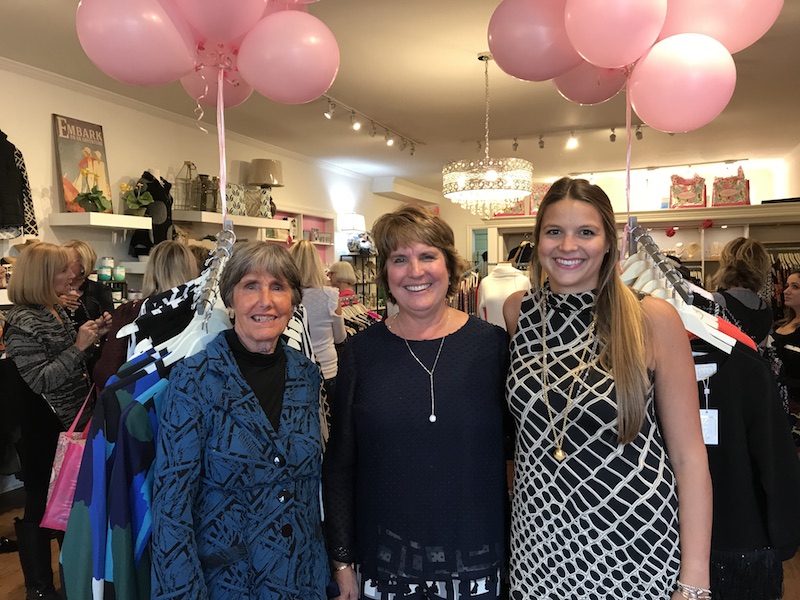 Proprietor Jean Tremblay sure has come a long way from the days she sold hand-made wreaths, florals, jewelry and antiques out of her Berwyn home.

She eventually rented space at local co-ops, including Cobblestone Crossing and The Finer Things, before going it alone in 2007 as the fashion-focused boutique, Gingy’s. A second Gingy’s opened in Stone Harbor six summers ago; a third debuted in Newport in 2016. Jean’s even launched her own dress label, Jean G. Designs, donating a portion of sales to local charities.

Dr. Andrew Weil has finally seen the inside of his King of Prussia restaurant. 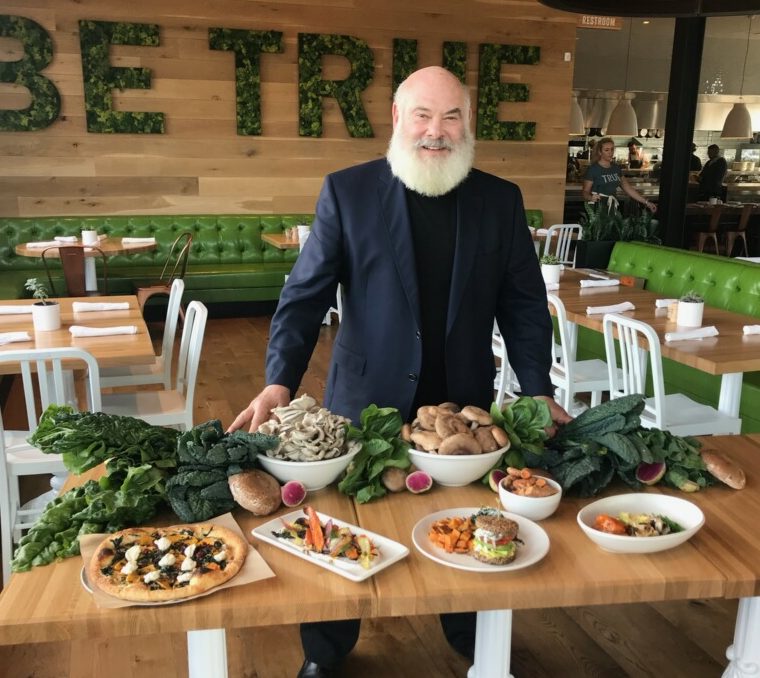 Now a spry 75, the Philly native and anti-inflammatory diet disciple told us he hasn’t touched meat in 47 years.

So why put steak tacos on True Foods’ menu? we wondered.

Seems Weil’s business partner convinced him True Food had to feed carnivores, too. Smart move, apparently; the tacos are a top seller along with the Ancient Grains Bowl.

Other tips from our dinner with the doc:

*Motrin fights inflammation but save your stomach and choose turmeric instead.

*No need to teetotal but consider two alcohol-free days each week.

*Not everything has to be organic. True Food follows the EWG’s “Dirty Dozen” and “Clean 15” produce guide and so should you. 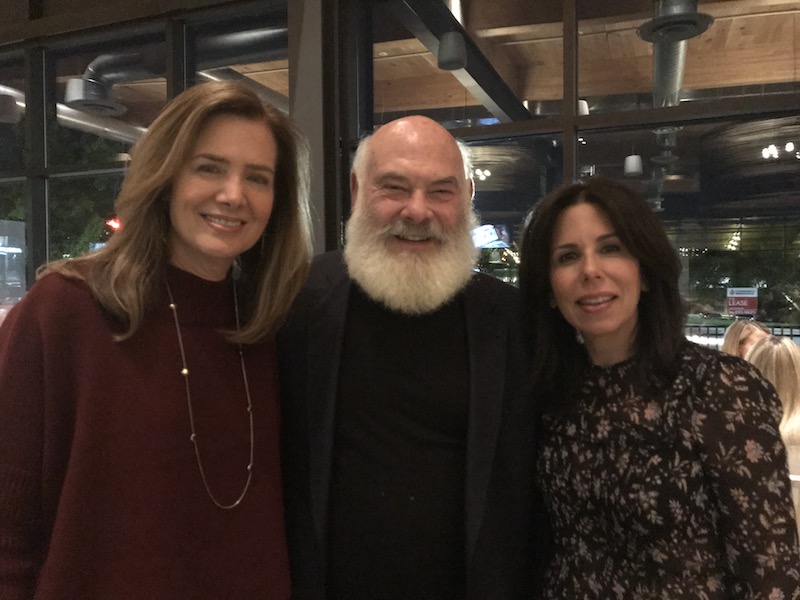 If numbers tell the story, the Barnes Foundation’s move to the Parkway five years ago has been a monster hit.

The museum has been in full-on celebration mode this fall. Tickets to its whoopty-doo 5th Anniversary Gala started at $5,000 a couple (!). The Oct. 12 gala sold out so fast that a second event, Fête the Fifth, was added the next night.

In case you missed it, Arthur Wolk is at it again. The Gladwyne lawyer – aka thorn in the side of the Lower Merion School District –  has filed a new suit calling for the removal of all nine school board members for allegedly neglecting their duties.

Acting on behalf of 18 taxpayers, his petition asks the court to appoint new board members and demands that the school board return $300,000 it paid to lawyers. Wolk maintains that school board members weren’t being sued individually so they had no reason to hire outside counsel at taxpayer expense.

Wolk, you may recall, is the high-flying aviation attorney who successfully sued the district last year, claiming it puffed up budget deficits to justify big tax increases.

The district lost its appeal. Now it’s asking the state Supreme Court to hear the case. Meanwhile, Lower Merion’s disputed 4.4 percent tax hike remains in effect. And according to Wolk’s petition, that qualifies as a dereliction of duty.

LMSD put out a short statement about the new suit: “The facts don’t support the removal of a democratically elected school board.”

Plans are full steam ahead for Wayne’s newest nursery/elementary school, St. David’s Episcopal Day School – not to be confused with St. David’s Nursery School, which left the church grounds and now operates up the road at Main Line Unitarian.

Day School and church folks just cut the ribbon on a renovated education building, but the first kiddos – ages 2 through K – won’t arrive until next fall. The school plans to expand through fourth grade by 2022.

In the meantime, parents of toddlers and preschoolers are invited to a free, four-night expert speaker series at the school this fall. Topics include speech and language development (Nov. 2), sleep (Nov. 9), behavior (Nov. 16), and reading and literacy (Nov. 29). Talks begin at 6 p.m.

Expect an E-Zier time driving at the shore next summer. E-ZPass is (finally!) being installed on the five Ocean Drive bridges from Longport to Cape May.

Kudos to Caroline Dooner, Agnes Irwin ’06, who won her first Barrymore Monday night: Best Supporting Actress in a Musical for her role in Gypsy at the Arden. Brava! Next stop: Broadway.

Six smashing kitchens from Wayne to Haverford will be open for inspection Thursday, Nov. 2. A fundraiser for the Philadelphia Orchestra, the Notable Kitchen Tour and Chef Showcase features fabulous kitchens, stylish tablescapes and florals, and delectable edibles. Tickets to the self-guided tour are $50 and will be sold through Nov. 1 at Kitchen Kapers in Paoli and Ardmore, the Little House Shop in Wayne and Via Bellissima in Bryn Mawr.

Talk about hot topics. Local folks fired up against the “privatization” of public schools – i.e. charter and magnet schools – are hosting a free screening and panel discussion of the Matt Damon-narrated film, “Backpack Full of Cash,” Thursday, Nov. 2 at 7 p.m. at Church of the Redeemer in Bryn Mawr. Among the speakers: Chester Springs mom/Philly public schools booster, Bonnie Koss.

And finally, top takeaways from our first SAVVY Gathering: ‘What to Eat Now!’ 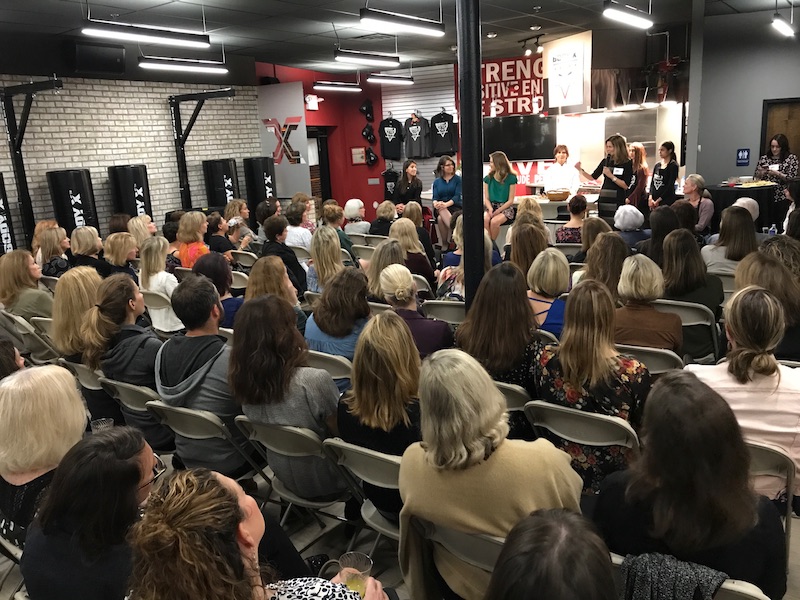 *Brain feeling foggy? You may be dehydrated. Drink up.

*Your best Rx to ward off dull skin and hair, arthritis, cancer and chronic disease: “Eat the rainbow.” Choose whole foods you prepare yourself. Beware anything that comes pre-seasoned in a box, bag or can.

*Beware of sugary juice cleanses and skip the “Skinny” cocktails – they contain chemicals.

*Stumped by supplements? Functional medicine testing will tell you which pills your body needs and which are a waste of money.

Have an idea for our next SAVVY Gathering? Pitch it to Nicole at [email protected]