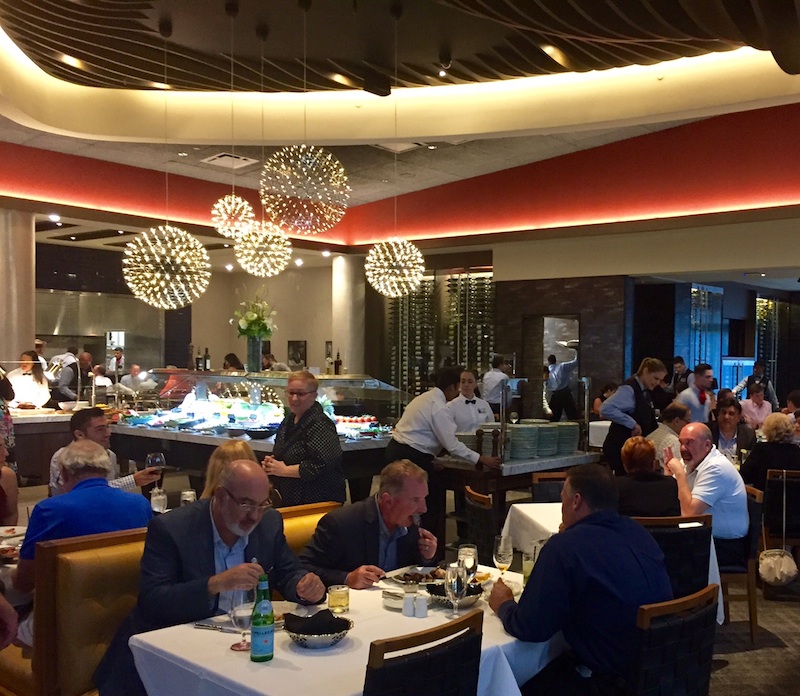 Calling all carnivores! The southern Brazilian steakhouse Fogo de Chao, is now open, the first in a wave of chains headed to the new King of Prussia Town Center near Wegmans.

Just don’t count on snagging a table this weekend.

We scoped out the place at Tuesday’s preview dinner; here’s what you need to know: 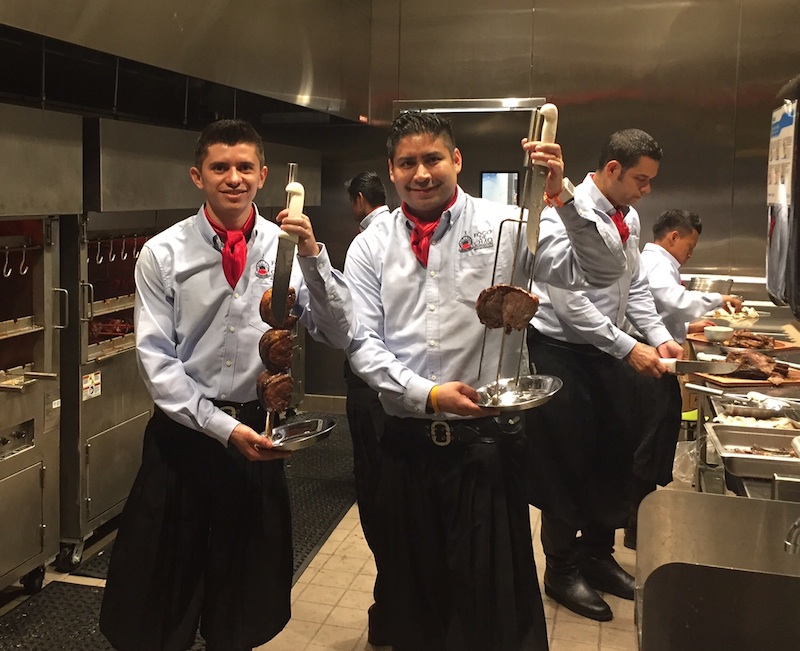 Looking to go lighter on the wallet? Check out the deals at Ardmore Restaurant Week, now in progress. Click here to see which spots are offering “Exceptionally Happy Hours” and three-course prix-fix dinners for $25 – $35 through July 31..

The blowout bar trend has finally blown our way. 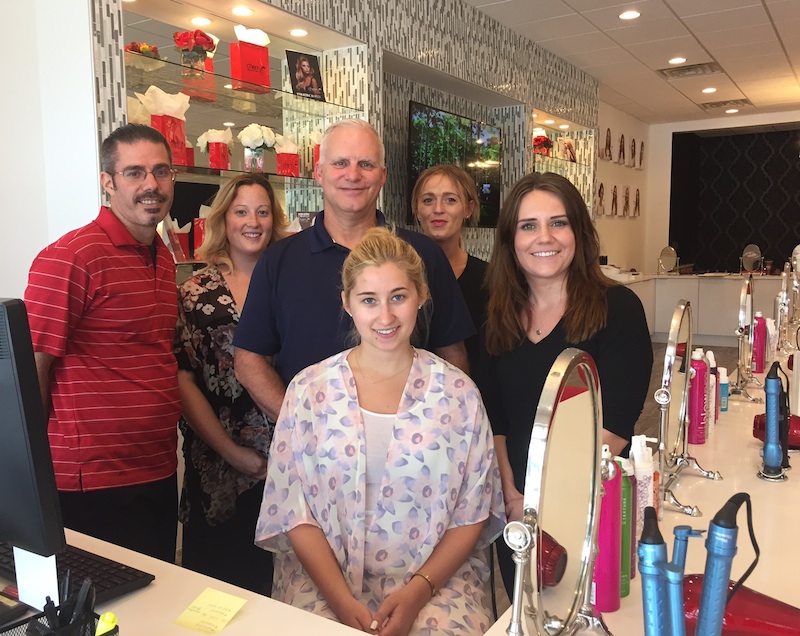 Like its rivals, Cherry has you choose from a look book of signature styles like Wondrous Waves, Retro Glam, Straight Out and Beachy Keen then whisks you off to the shampoo station.

What’s unique to Cherry is its membership model.

Like a Message Envy, it pays to join the club.

After your first $36 blowout, non-members pay $46 – roughly the going rate for blowouts at upscale salons like Tei, Jay Michael and Salon D’Artiste.

But members, depending on frequency, pay $25 or $30, which is on par or less than blowouts at mid-range salons like Maxima in Gateway, Studio H and the Hairdresser in Paoli, and M Matthew in Berwyn.

(We checked the blowout bar competition: Koukla charges $40 but adds $5 for curling or flat ironing, while the Center City chains DryBar and Blo.Out charge $40.)

As a member, Cherry will ding your credit card each month: $60 for two blowouts or $100 for four.

The good news? Blowouts roll over from month to month. Plus, you can freeze your membership for up to two months.

The fine print: You have to give 30 days notice to cancel your membership.

The cherry on top: Unlike most salons, Cherry is open seven days a week with commuter-friendly early morning and evening hours.

Owner of the Paoli franchise is Bob Ferry, a former Goldman Sach exec from Newtown Square who’s new to the hair biz but calls blowout bars an “exploding” industry.

Paoli is the NJ-based company’s seventh salon in five states. Bob tells SAVVY he hopes to open a few more Cherrys in the Philly area.

It seems incomes in Chesco are the highest in PA and average life expectancy is over 80. Other factors considered in the SmartAsset.com analysis: physical activity, bankruptcy, unemployment and marriage rates.

Don’t even THINK about parking in the new Bryn Mawr Village if you’re scooting to other downtown shops. (Because they’re technically part of the village, the boutiques Skirt and Knit Wit are OK.)  Here’s the in-your-face sign in front of the La Colombe café: 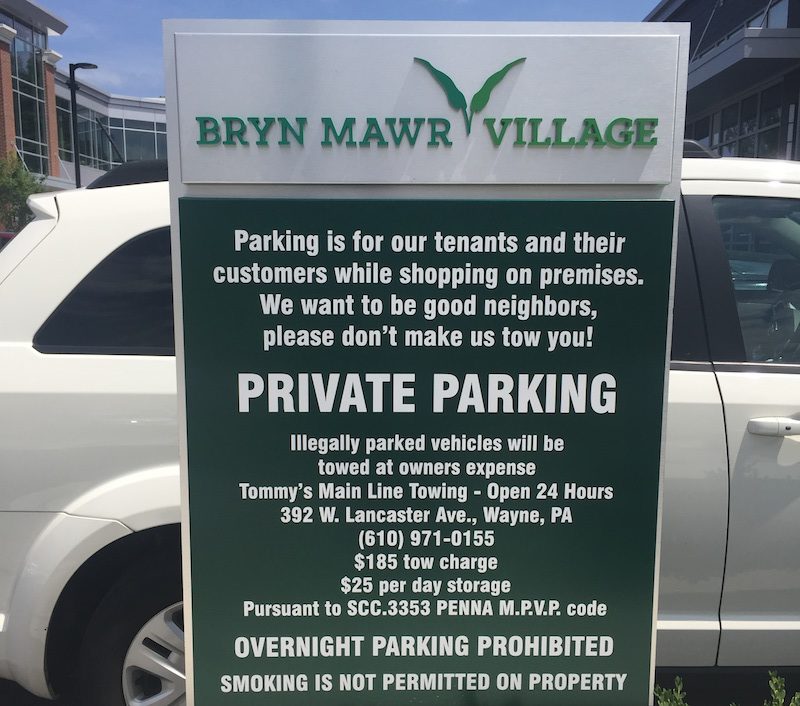 Only a few merchants are open and parking’s already an issue. Yikes. Can’t wait to see what happens when Bryn + Dane’s, Turning Point café and Tredici Enoteca debut in the coming months. 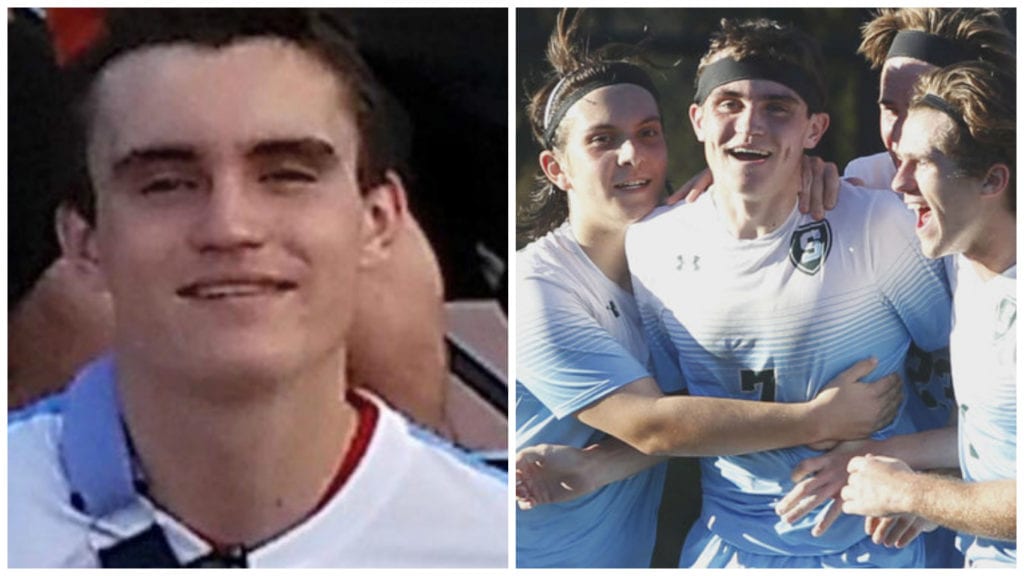 A Facebook photo and a Philly.com photo of Austin and his teammates celebrating Shipley’s league championship last November.

A note on his cell phone referred to his feeling “overwhelmed.”

Read nothing into the fact that both were Shipley students. If anything, Shipley’s rep is that it’s less pressure-packed than some other schools.

Here’s the thing: unless they’re public figures, suicides – the second leading cause of death among young people – generally stay hush-hush.  Still, almost every Main Line school, Shipley among them, recognizes the importance of mental health education and brings in speakers (from Minding Your Mind, Speak Up! and other organizations) to encourage troubled teens to seek help. We only know about the Shipley suicides because Cayman and Austin were reported missing at first.

By all accounts, Austin Wylie was a remarkable young man, his demons seemingly well hidden.

His mother, Brooksley, a Stanford-trained attorney and Shipley trustee, told Main Line Media News that Austin was “thoughtful,” “sociable,” and “could be a little shy, but he had wonderful friends and a wonderful girlfriend. He cared so much about people, and he valued his teammates, coaches and family. [My husband and I] would tell him that we loved him.”  She allowed that her son “had issues that he would talk to me and to his friends about, but they were the same type of issues that every 17-year-old has.”

Shipley Head of School Steve Piltch remembers Austin as unusually thoughtful, dedicated and kind. “I loved Austin,” he told Main Line Times Sports Editor Bruce Adams. “There were no warning signs, no nefarious set of events that you can trace [his suicide} to,” he said. “And it wasn’t only his teammates who loved, admired him, and respected him, everybody here at Shipley did. What seems clear is even though people felt as they did, he may not have known it. Moreover, though he had become a really fine player, I am not sure he knew he was as good as he was.”

The letter Austin left on his phone expressed his love for his parents and his appreciation for his teammates and friends, Piltch told Adams.

His soccer coach called Austin “every coach’s dream player … known to be humble and kind to everyone.”

Austin Wylie’s funeral Mass will take place at St. Thomas of Villanova Church (the chapel on Villanova’s campus) on Tuesday, July 26 at 10:30 a.m.

The Main Line, along with punk rock fans far and wide, are mourning the sudden, tragic loss of Erik Petersen, 38.

A Devon Prep alum raised in Newtown Square, Erik was a gifted songwriter and poet, a prodigy musician, and the charismatic frontman for the folk punk band, Mischief Brew. 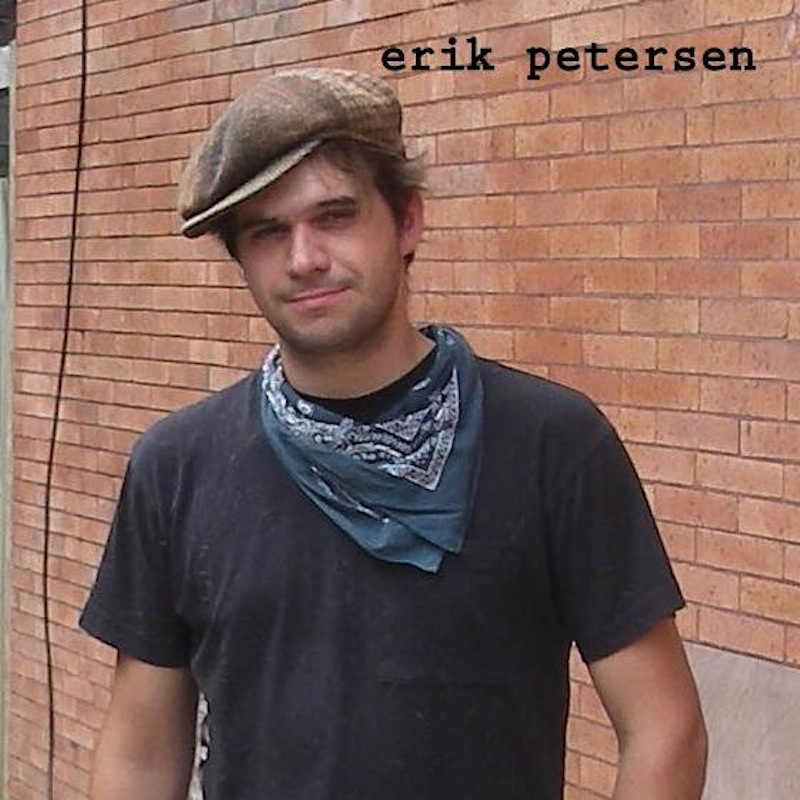 The group had a national following, released three full-length albums and was about to head out on a European tour.

While his artistic gifts were many, Erik’s mother, Bryn Mawr kitchen designer Jan Toscani Petersen, also remembered her firstborn on Facebook as man with a “kind heart, a soft laugh, a gorgeous persona” and “the kindest son, brother, nephew, cousin and a friend a parent could ask for.”

In addition to his parents, Jan and Pete, Erik leaves behind his wife, Denise, four siblings, a whole host of loving aunts, uncles, cousins, nieces and nephews, and his beloved pugs.

A memorial service for Erik Petersen will be held at St. Norbert Church in Paoli on Sept. 10 at 10:30 a.m.

A stroke at any age is rough stuff, but a stroke at age 10? Unthinkable, right?

And so we offer a SAVVY salute to Kendall Klemm, rising 7th grader at Valley Forge Middle School, for valiantly leading the charge against the “monster in her brain.” 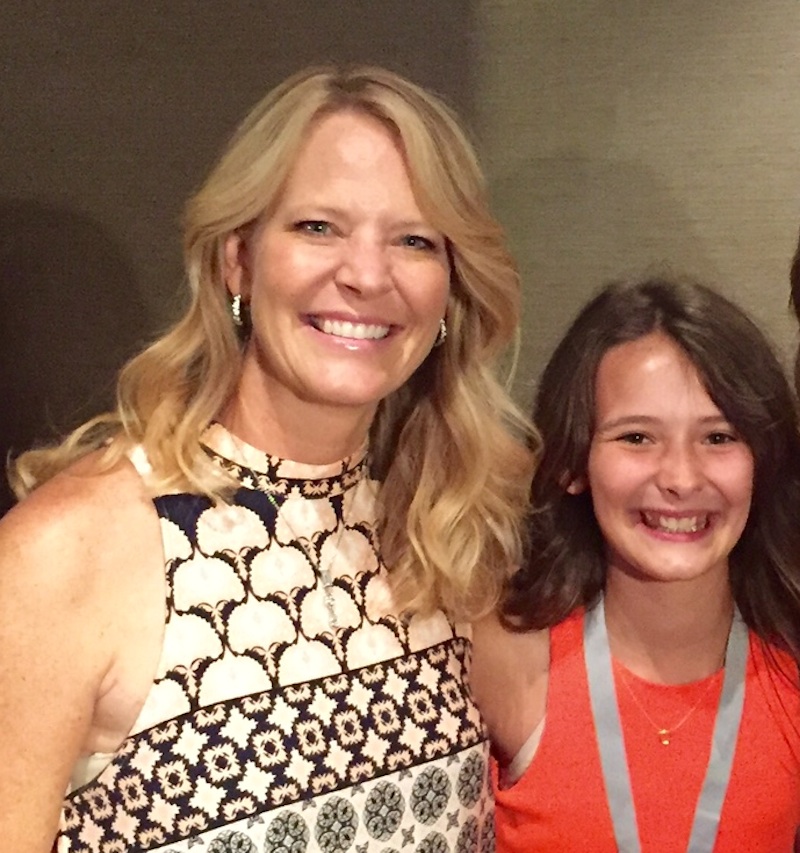 Kendall started the Crusade to help other survivors and fund research for a cure for the rare vascular defect that caused her to suffer a serious stroke at age 10.

She had a huge tangle of extra blood vessels deep in her brain – an Arteriovenus Malformation (AVM) – that ruptured in October of 2014. Kendall’s AVM was inoperable – too big and too deep – but radiology treatments have shrunk the mass by a whopping 80 percent – way ahead of schedule. (To look at her smiling face and the way she ran around the fundraiser, you’d never know she once had a ticking bomb in her head.)

Still, Kendall has three aneurisms and remains at risk for another stroke.

About 250 friends – among them, 10 AVM survivors from across the country – turned out for Kendall’s Crusade Comedy Kickoff.

Also supporting the cause: more than a dozen of Leslie’s celebrity sports & media pals. Good guys like Phillies’ greats Charlie Manual, Garry Maddox and Gary Matthews, former Eagle Ike Reese, Nova football coach Andy Talley, broadcaster Chris Wheeler, and, in a random blast from the past, actor Ed (Grant) Shaud, the ’79 Stoga grad best known for playing Miles Silverberg on “Murphy Brown.” (Nice to have you living back on the Main Line, Ed.)

After a sweet little speech by Kendall and warm up act by sandwich tycoon Tony Luke, comedian Craig Shoemaker brought down the house. Next time this guy headlines in Philly, buy a ticket. Or look him up when you’re in LA. Seriously. He’s that funny.

A SAVVY shoutout to Chester County’s rustic yet refined Wyebrook Farm. The farm-to-table spot in Honey Brook was just named one of the “100 Best Al Fresco Dining Restaurants in America” by Open Table reviewers.

The only other area spot to make the “100 Best” cut? Talulah’s Garden in Center City.

Meanwhile, just minutes from Wyebrook, the cozy new bistro bar at Brandywine Branch Distillers has been doing a “brisk biz,” reports owner Don Avellino. For now, the bistro serves cocktails, small plates and salads on Friday and Saturday nights. Look for full dinners, distillery tours and tastings in the fall.

Don’s pleased as punch this week: None other than The New York Times just gave a BBD’s small-batch, seasonally inspired Revivalist gins a shoutout. Nice.