It’s not often that violent crime comes knocking on the Main Line’s door.

But last week’s brutal murder in Berwyn reminds us that evil can strike anywhere, anytime.

Police are investigating the homicide of a 62-year-old woman in Daylesford Estates, an upscale Toll Brothers’ development that sits between Routes 252 and Route 202 in Tredyffrin.

On June 17, a relative came to check on Denise McDonald Barger and found her beaten to death inside her home. 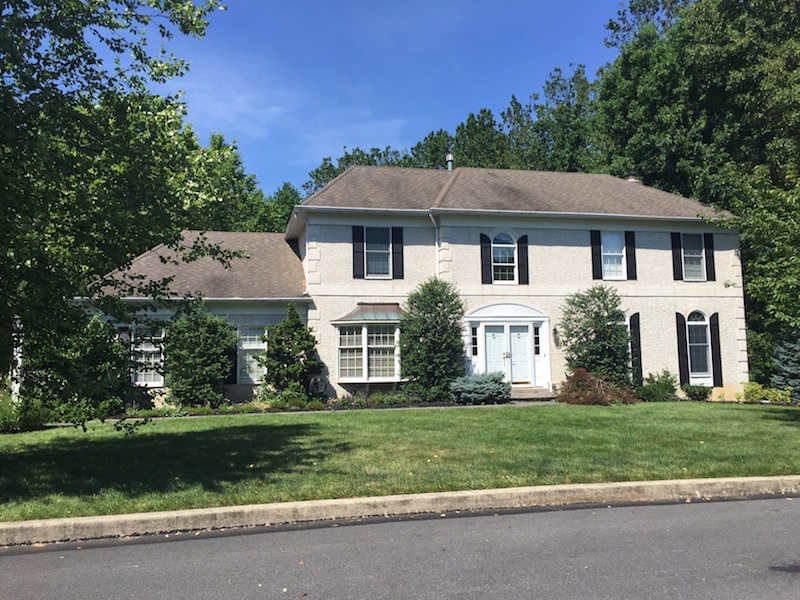 The Barger home in Daylesford Estates.

Cause of death: “blunt force trauma.”

Recently widowed, Denise had no children and worked as a patient safety liaison for the PA Patient Safety Authority.

She had just sold her four-bedroom, 3.5 bath home on Heatherstone Drive for $765,000, her full asking price. Settlement was June 10 but Denise was still living there.

Denise Barger’s funeral will be held Friday, June 24 at Our Lady of the Assumption in Strafford. 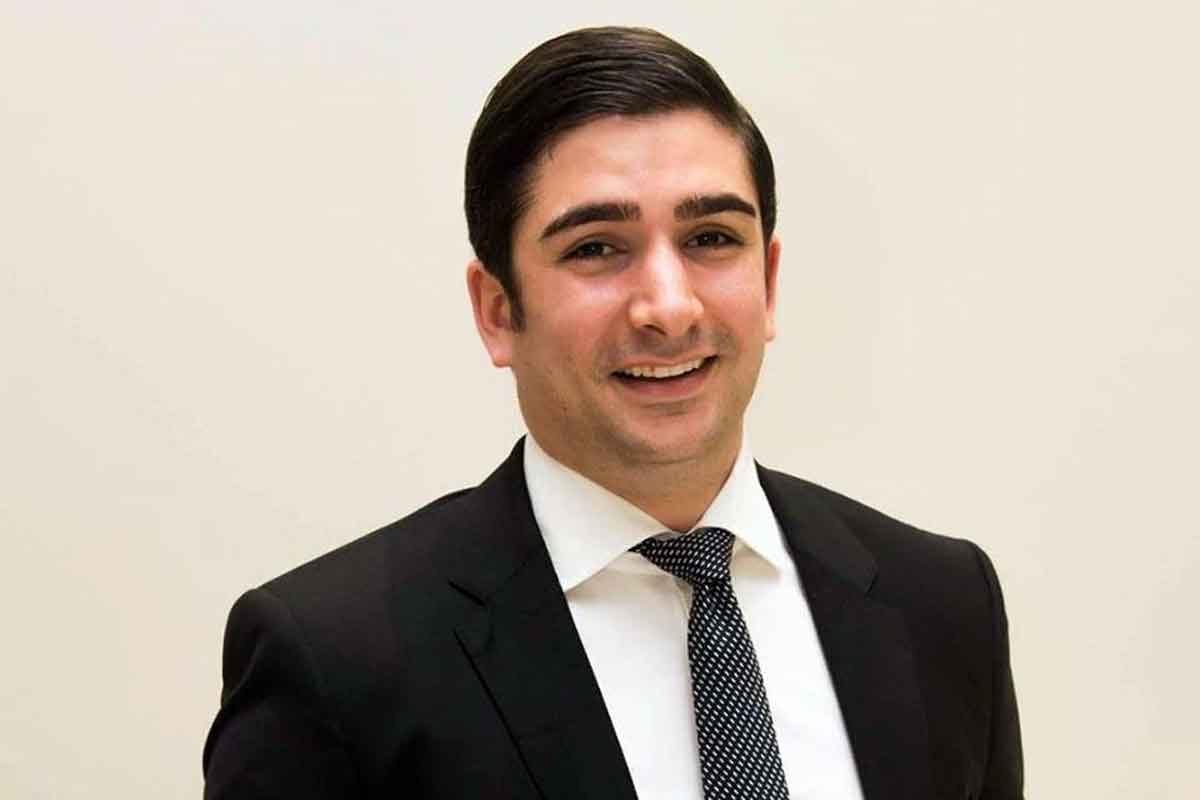 Truth is, we’re only talking about Harriton grad Matthew Bennett, 25, and the demons he battled, because his brave mother wants us to.

Days after his death, Nance DiRocco shared her son’s story with the Inquirer.

The usual vague “died suddenly” obituary? Not this time. Not for her son.

Nance recounted Matt’s 11-year struggle with addiction, his “steep slides into depression and self-recrimination,” his multiple stays in rehab, his years of counseling and therapy, and his last poignant call home from his final rehab stay: “Hey you, reaching out, I’m really struggling today,” he told his mother. “I love you.”

Just two days short of completion, Matt left rehab and was found unresponsive in his car outside a Baltimore Wawa.

A talented piano player and cook and a creative soul, Matt grew up in Wynnewood and Villanova.

He started at Shipley, graduated from Harriton and studied business at Lackawanna College but didn’t graduate. An aspiring entrepreneur, he and a partner had created an app for the fitness industry.

By all accounts, Matt was a young man who energized and helped others, a charismatic guy “who lit up a room,” according to one Facebook tribute.

Like so many devoted parents of addicts, Matt’s family moved heaven and earth – and spent a small fortune – to save their son.

They join a small-but-growing group of bereaved local parents (the Deckers, McCloskeys, Campbells and Monaghans et. al.) who, with courage and conviction, are bringing addiction out of the shadows. Slaughtering the stigma. Erasing the shame. Pulling back the curtain on a disease that’s ruthless, relentless, life-shattering.

And all of a sudden, everywhere.

“We’re losing our children,” says Mary Nixon, Director of Rosemont’s non-profit New Leaf Club and an advocate for families fighting addiction. “Twenty years ago there was no heroin on the Main Line. Now, it’s readily available. One of my board members told me you can get it in Narberth.”

For parents, knowing that they’re not alone, that others are fighting similar batttles, is life-giving, Mary tells SAVVY.  Around 40 parents from up and down the Main Line – Matt’s mom among them – attend New Leaf’s weekly support group for parents of addicts. It’s a group that’s “changing people’s lives,” Mary says. “Parents tell me they were holding their breath, waiting for the phone call [about their child’s accidental OD or arrest]. People are starting to understand that this is disease that runs in families. Parents have to understand they’re not at fault.”

The scope of the addiction epidemic is “staggering” to another local heavy hitter in the field. Patti Anne McAndrews, founder of Adolescent Advocates in Rosemont, has counseled young addicts and their families for more than 35 years. “We’re seeing a generation dying. Pennsylvania has the highest opiate addiction rate in the U.S. This freaks me out; this scares me … If we can get people outraged by this, Matt’s death will have an impact.” [Look for Patti’s advice for concerned parents in a future SAVVY.]

At the end of the day, it’s an epidemic that affects all of us. “This disease touches all walks of life,” Nance DiRocco told the Inquirer. “I just wish Matt could have fought it and won. I am so, so sad.”

Matt Bennett’s memorial service will be held Sunday, June 26 at St. Thomas of Villanova. Donations in his memory may be made to the Caron Foundation or Beacon of Hope Foundation.

Turning to sunnier stuff: Harvest Seasonal Grill and Wine Bar is now open next to Fleming’s in Radnor.

It’s the sixth outpost – with more on the way – for a farm-fresh concept that’s been a huge hit for the Dave Magrogan restaurant group since it debuted in Glen Mills six years ago.

Think Seasons 52 but not quite so corporate.

The menu, which changes with the seasons and slants healthy, is the same for lunch and dinner.

Biggest claim to fame: The calorie count. More than half the dishes are under 500 calories (27 of 48 items). Microwaves? Deep fryers? Not a one. Everything is grilled, baked, steamed or sautéed in a vast open kitchen.

For those leaning green: Harvest sources locally and organically as much as possible, from at least 12 Pa. farms. Menu paper, ink and glass bar tops are all recycled. Floors are reclaimed wood. Organic cleaning products keep the place spic ‘n span.

For those on special diets: Magrogan’s a vegetarian himself so Harvest’s menu has a five-dish vegetarian section (10 – $18) and a bunch more on weekly Meatless Mondays. There’s also a 29-item (!) gluten-free menu. Have a food allergy or other restriction? The kitchen’s got you covered, Harvest Radnor’s Sales Manager Dana Conroy assures SAVVY. Just ask. 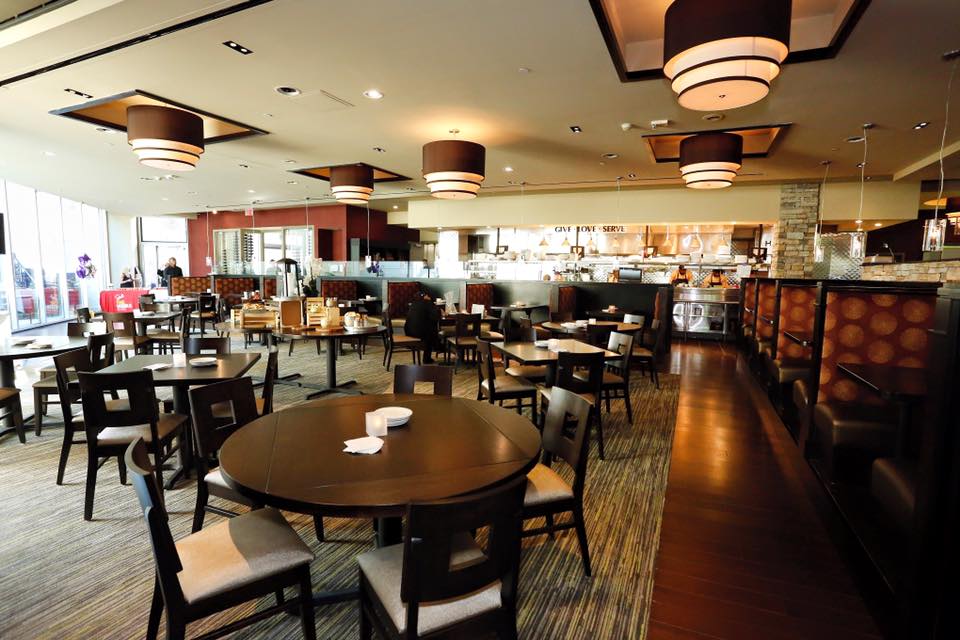 The vibe: Sleek, earthy and vaguely Zen. Radnor’s a carbon copy of the Glen Mills Harvest, but on steroids. There’s space for 80 in the bar, 40 on the patio, 135 in the main dining room. Plus, three chef’s tables and a private room for 50 (with its own patio and built-in AV equipment). Add it all up and there’s room for more than 330. 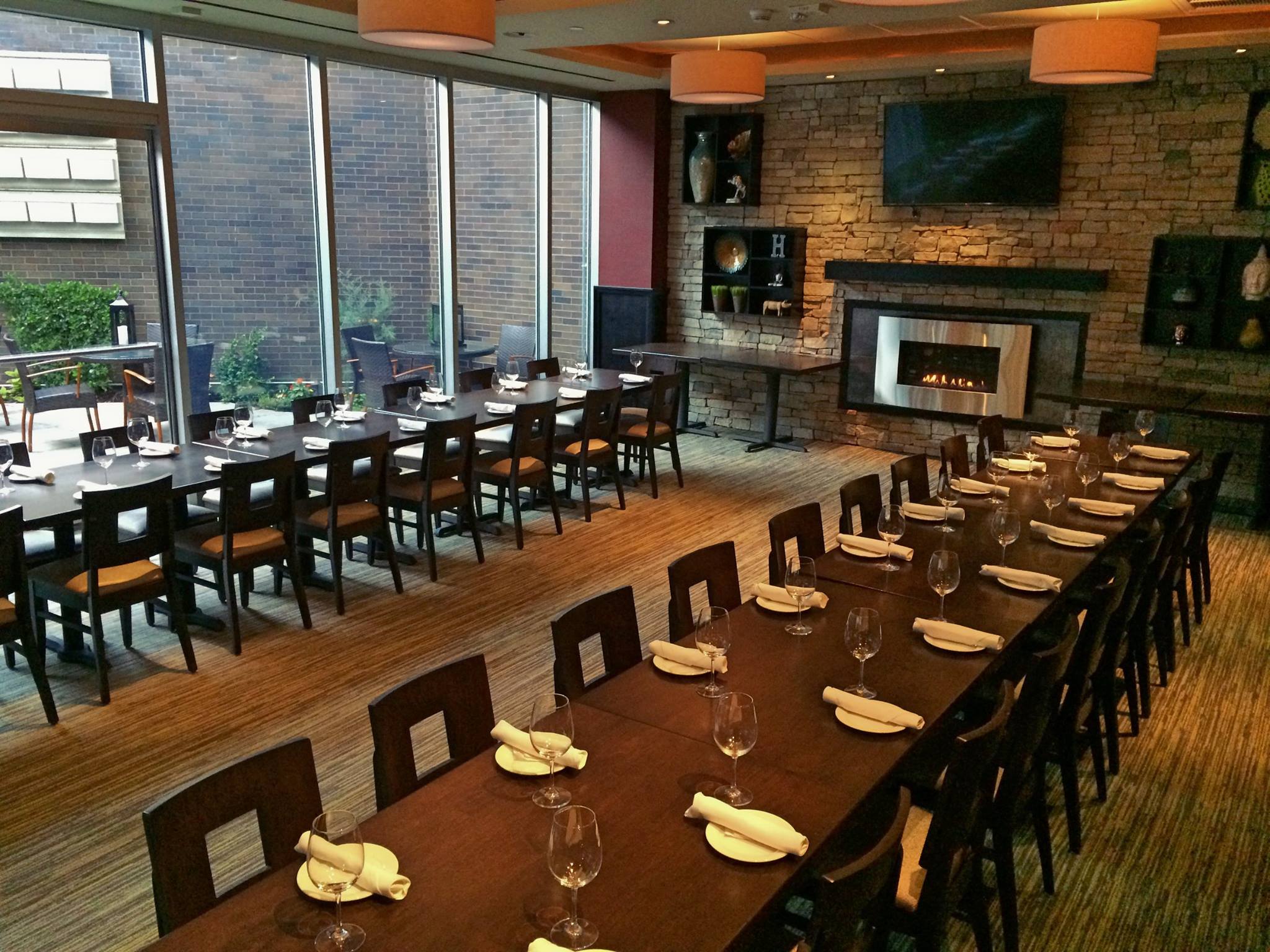 The AV-equipped private dining room for corporate and family gatherings. 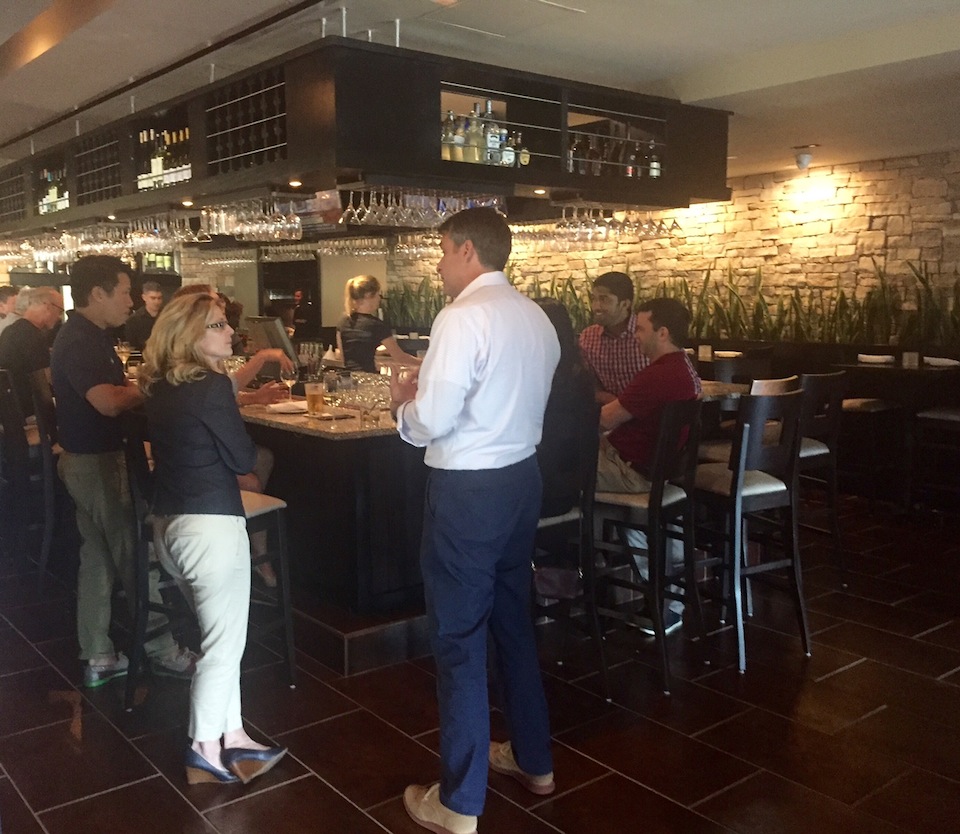 Harvest serves 50 wines by the glass, 10 of them organic. Happy hour runs 4 til 7 every weeknight.

Another plus: complimentary valet parking.

That Dave Magrogan’s one busy guy. He opened a Magrogan’s Oyster House at the old Busch’s in Sea Isle over Memorial Day weekend and is about to open new Harvests in Del Ray Beach, FL and Newtown, Bucks County.

In the wake of the hazing scandal, T/E School District has made good on a promise. It’s hired a full-time district athletic director. It also just named Conestoga’s new head football coach.

Both names should ring bells in the Stoga sports community.

Thrill Seeker Alert: A Center City smash for the last year or more, the escape-the-room craze has hit burbs.

Gamers can choose from four adventures: An Egyptian Tomb, a (mad scientist’s) Laboratory, The Billionaire’s Den or The (American) Revolution. Tickets are $28 each and sold online.

The eastern Main Line is finally getting its first taste of Nudy’s. The popular breakfast and lunch spot just opened its ninth location at 11 Cricket Ave. in Ardmore, a stone’s throw from Lancaster Ave.

Now stop your snickering: Nudy’s Cafes are named for their nice-guy owner, Ray Nudy. The Stoga grad opened his first café in Devon way back in 1979.