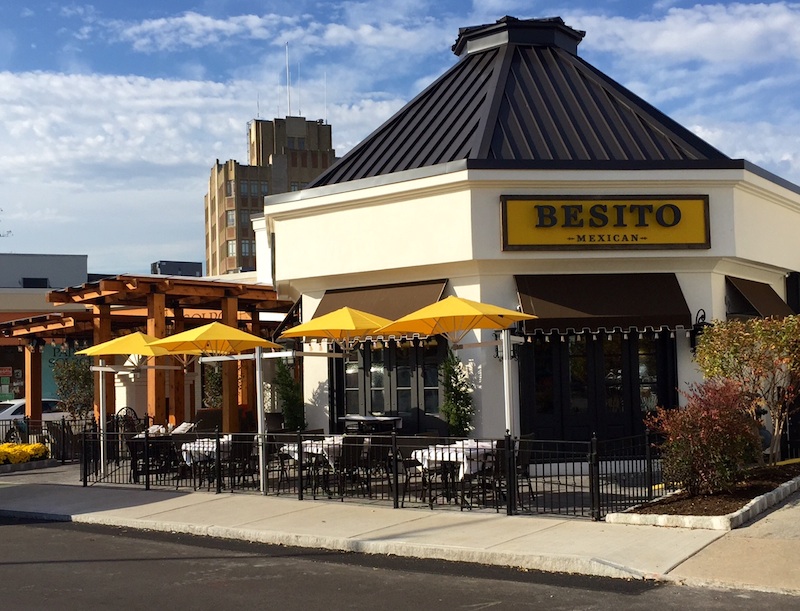 Hola and Bienvenida to Besito! The long-awaited successor to Suburban’s Square’s Plate will make its public debut Monday night.

I checked it out with a few friends at a “pre-opening event” this week, and yes, Besito, “little kiss” in Spanish, is more than ready to plant one on the Main Line.

Like the new Xolo Tacos in Bryn Mawr, Besito aims for a refined, authentic Mexican experience and largely delivers. Thankfully, this not the kind of place that slops the inevitable rice and beans on a ho-hum Tex-Mex “combo” plate and calls itself traditional Mexican.

From aperitivos (starters) to postres (desserts), almost everything we sampled was delicioso.

At our server’s suggestion, we started with a round of Besito Patron Margaritas – a tangy blend of Patron Reposado, Cointreau, pomegranate-tangerine juice and lime – that went down dangerously easy. After that, the guacamole prepared tableside en molcajete and the crispy shrimp tacos earned the biggest raves. 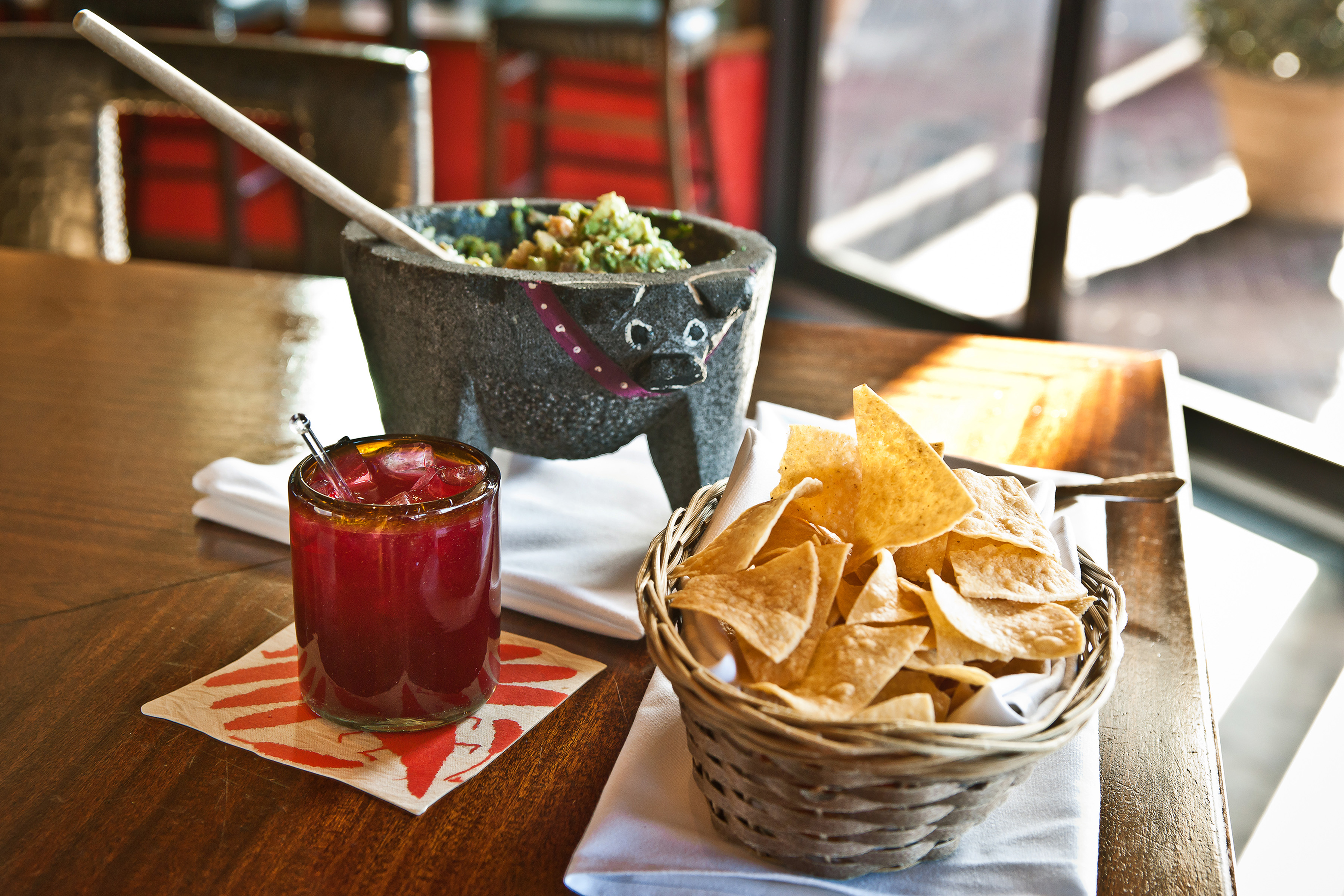 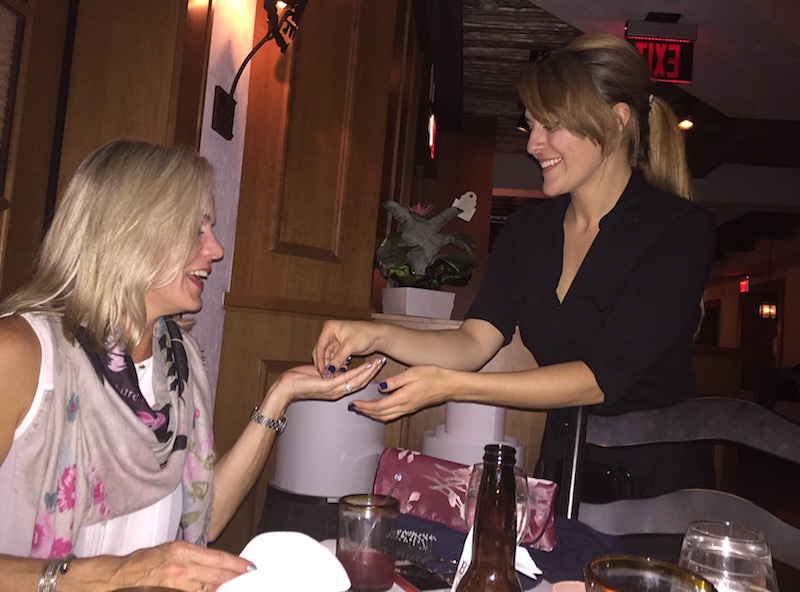 Although it doesn’t scream chain restaurant, Besito is exactly that. It’s the seventh location – and the first in PA – for a nine-year-old concept that plans to top out at 60 stores nationwide. (Others are in New England, New York and Florida.)

Owner-operator is Long Island native John Tunney III, who’s about as white bread as they come but likes to call himself “100 percent Mexican on the inside.” (Fun fact: his great, great uncle was heavyweight champ Gene Tunney.) John’s frequent sojourns south of the border and his obsession with fresh, traditional Mexican cuisine inspired the Besito brand, he told us.

(Click here to view my one-minute SAVVY chat with John.)

With aged barnwood accents, an intricate eucalyptus-stick ceiling, glowing candle wall and vibrant Mexican colors and artifacts, the decor is evocative of a warm and welcoming hacienda. 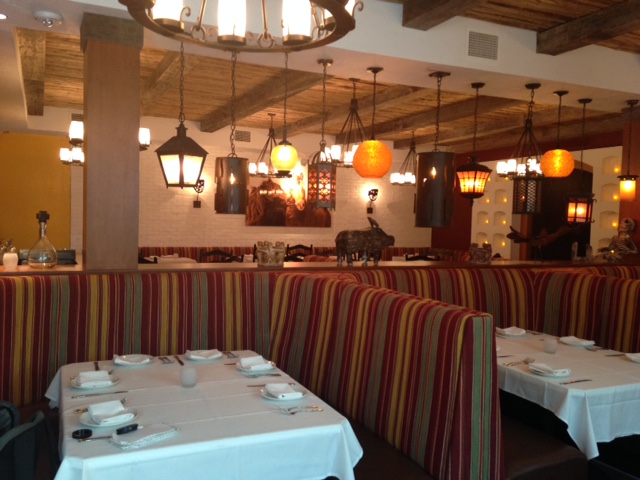 The Ardmore location boasts 150 indoor seats, a full bar stocked with 75 tequilas (!), and an outdoor patio, complete with a fireplace, soft seating and another 30 seats.

John told us he chose Ardmore because the Main Line’s many “well-traveled foodies would appreciate us.” I suspect he’s right. I suspect, too, that they’ll  appreciate the happy hour specials. I’m already making plans to return for those crispy shrimp tacos – a hora feliz steal at 2 for $5!

It’s not every day you get to chat up British royalty so, naturally, I jumped at the chance to meet India Hicks in Malvern last week.

India has quite the pedigree. The daughter of Lady Pamela Mountbatten, she’s also the second cousin and goddaughter of Prince Charles and, at age 13, was one of Princess Diana’s bridesmaids. If her face is familiar, she was once a Ralph Lauren and J. Crew model and hosted “Top Design” on Bravo a few years back. India has also provided royal commentary on ABC, NBC, Oprah and the BBC, most notably during the Prince William/Kate Middleton nuptials.

India has been crisscrossing the country this fall to whip up sales and recruit women to join her latest venture: the India Hicks line of accessories, beauty and gift items. The collection is sold exclusively via “style ambassadors” and online. India talked up the line at a reception/trunk show at Malvern’s The Blue Octagon, a home decor shop whose interior designer owner Krissa Wichser is also a Hicks’ ambassador. 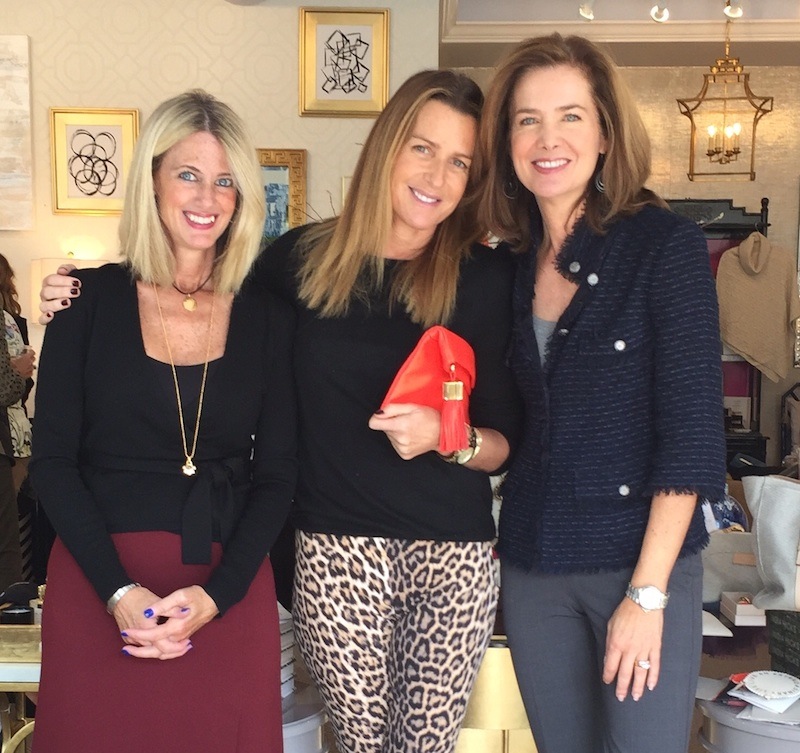 “We’re like Avon  – only posher,” India explained, in her supremely charming British accent. “And our prices are really, really good because we manufacture in large quantities.” The line includes bags, scarves, perfumes, candles, token charms and other sundries.

A free-spirited soul, India told the crowd she lives on a small island in the Bahamas and has been “unmarried happily to the same person for 20 years.” She had already built a licensing empire around her buttoned-up-British-meets-bohemian-lifestyle but said she took the direct sales route this time out so she could empower women to “run their own businesses from home” and “on their own terms.” 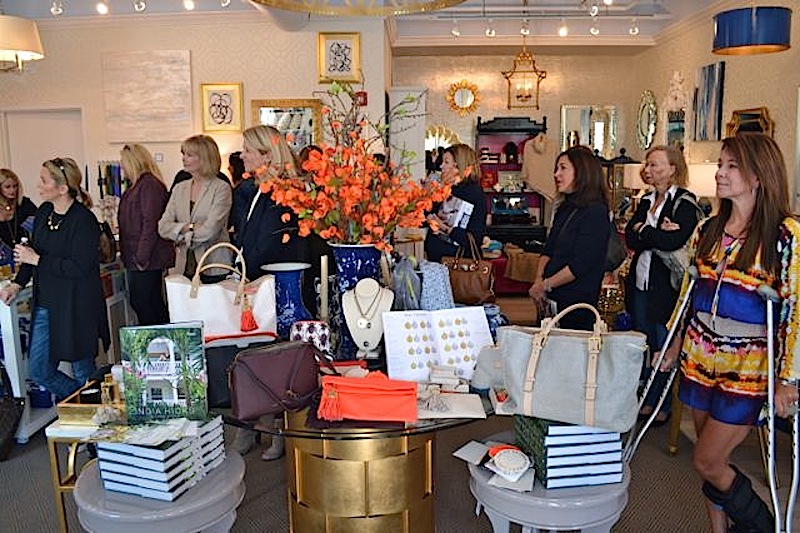 An invitation-only crowd listens to India Hicks talk up her new lifestyle collection (displayed on the table in the foreground).

She may travel in rarefied air but this is one royal who’s quite down the earth. She showed up wearing zero makeup, leggings and sneakers! 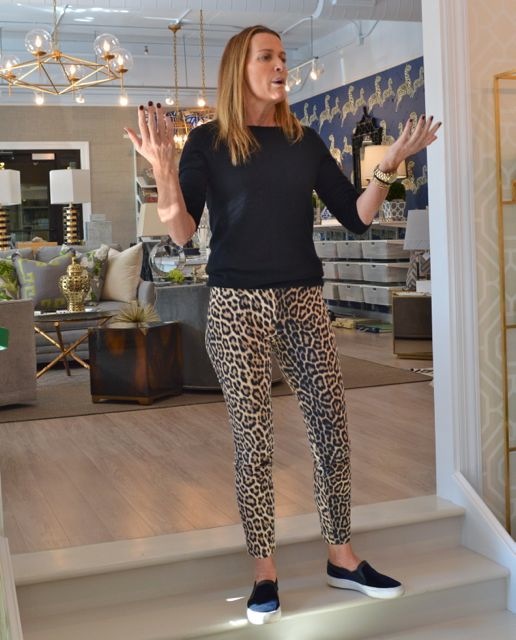 India welcomes the crowd at The Blue Octagon.

The lights will be back on at the old Waterloo Gardens in Devon this week. As reported in SAVVY a few months back, the Community Clothes Charity will run its annual designer fashion sale out of the former garden center from Wed. Oct 28 through Halloween.

One of the Main Line’s cooler philanthropic traditions, CCC collects new and barely worn clothes and accessories from some of the area’s toniest closets and boutiques. Then it organizes, tags and resells them at bargain basement prices at a four-day sale each October. Regularly spotted at the CCC sale are couture labels like Chanel, Hermes, Carolina Herrera and St. John, among others.

Proceeds are then donated to one or two small, under-the-radar charities. Since its founding 58 years ago, CCC has given away more than $4 million to whole host of worthy causes. Because one this year’s CCC beneficiaries is St. James School, a place that’s near and dear to my heart, I’ll be volunteering at the sale Friday afternoon. Hope to see some of you there!

Susan and her loyal crew have dressed Main Line women of all ages in affordable, trendy looks for 12 years and counting – no small achievement in today’s tricky retail climate. 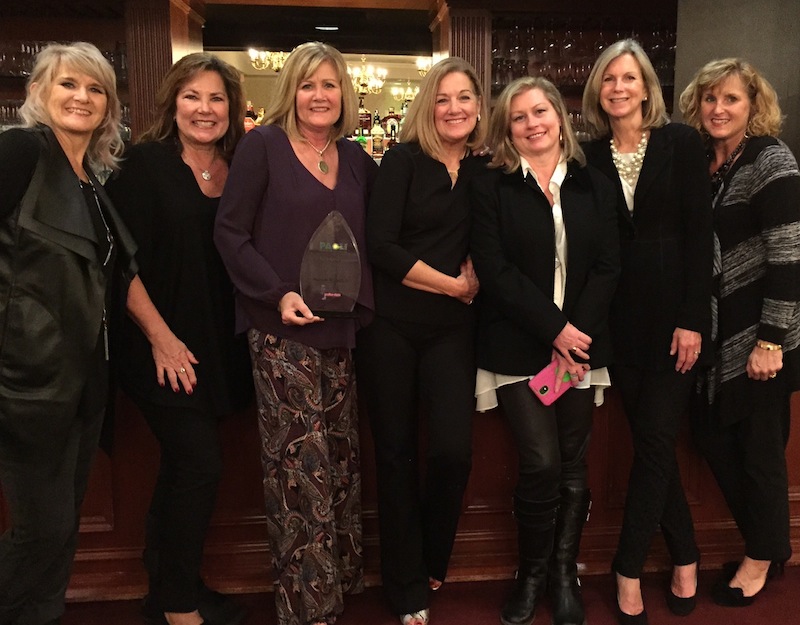 In addition to its store near the Paoli Acme, Polka Dots “pops up” at charity events up and down the Main Line and for years has been one of the Devon Horse Show’s busiest booths. Congrats, Susan, on your well-deserved award!