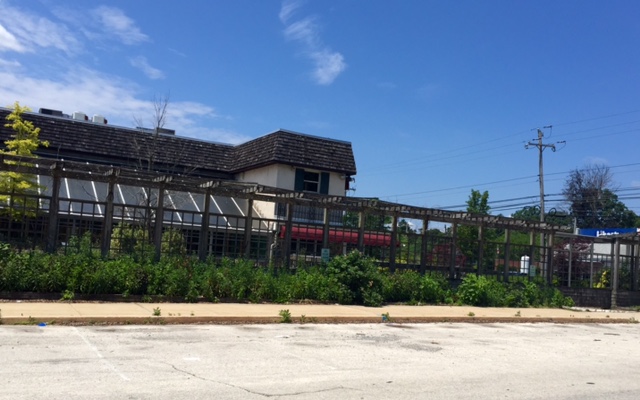 While Easttown Township mulls over Urban Outfitters’ latest plans for Devon Yard, another fashion enterprise is already moving in.

SAVVY Main Line has learned that the area’s biggest designer warehouse sale this side of Lilly Pulitzer will take place in the old Waterloo building this fall – marking the first time the lights will have been turned on since July 2012.

Setting up shop will be the Community Clothes Charity (CCC), a venerable non-profit that sells brand new and barely touched designer duds at super-low prices every October, with proceeds going to designated charities.

Wayne’s Eagle Village Shops hosted CCC in Village Hall for eons but when the Hall was bulldozed for Valley Forge Flowers’ Barn, triple C got the boot.

Last year’s CCC venue was the Carriage Barn at Liseter in Newtown Square; this year, CCC wanted back on the Main Line proper.

A sporting chap, Wade told Anne the place is yours and I’ll even throw in a little housecleaning and parking-lot spruce up. 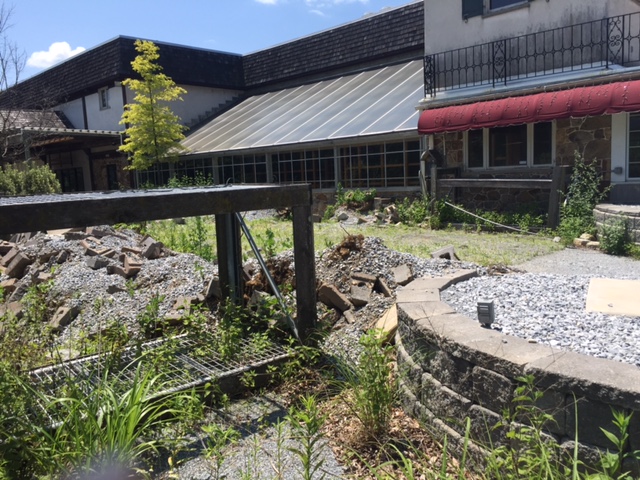 The overgrown exterior of the shuttered Waterloo Gardens.

“It won’t be fancy but it’s clean and dry and it’s being donated,” Anne says. “I’m forever grateful to Wade McDevitt.”

After all the iffy pub Mr. Devon’s received of late, SAVVY is happy to throw old Wade a bone. (He used to run the horse show AND he’s bringing Devon Yard to town AND he lived around the corner for years, so, yeah, he’s Mr. Devon.)

His wife, Wendy, used to be president of Terrain, a garden store that’s a little like Waterloo but A LOT cooler. Terrain and sister shop Anthropologie are the big bats in Devon Yard’s proposed lineup.

Anne H. threw Wade a bone, too. She offered to let him display brochures and pretty pics of the luxury apartments that are likely to be part of Devon Yard at the CCC sale.

Now come September, when you see a bunch of cars parked on Devon Boulevard, don’t be getting all excited. The cars merely mean the CCC ladies are inside organizing and tagging stuff. The actual sale doesn’t run until Oct. 28 – Oct. 31. 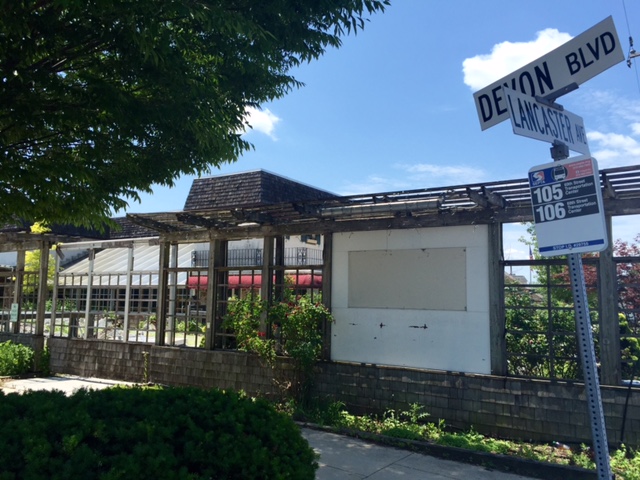 Lines on Preview Day (Oct. 28) can get long but nowhere near Lillyish. CCC’s 2015 charity is People’s Emergency Center serving homeless mothers and their children in W. Philly. Other charities TBA. Call 610-525-0120 to donate your castoffs and neverworns.

Speaking of Devon Yard, who else is psyched/flattered that not one but TWO (!) Vetri restaurants are headed to the Main Line?

While Susanna Foo flies back to Center City from Radnor, Vetri is showing the burbs a little love.

We get a Pizzeria Vetri and one of his other concepts at Devon Yard. Smart money is on a second rotisserie-themed Lo Spiedo – he has one at the Navy Yard. Vetri’s only other suburban foray, Osteria at the Moorestown Mall, has pizza on the menu so bringing Osteria to Devon makes little sense, no matter how you slice it.

(Plus, methinks we’re on Italian overload in these parts…)