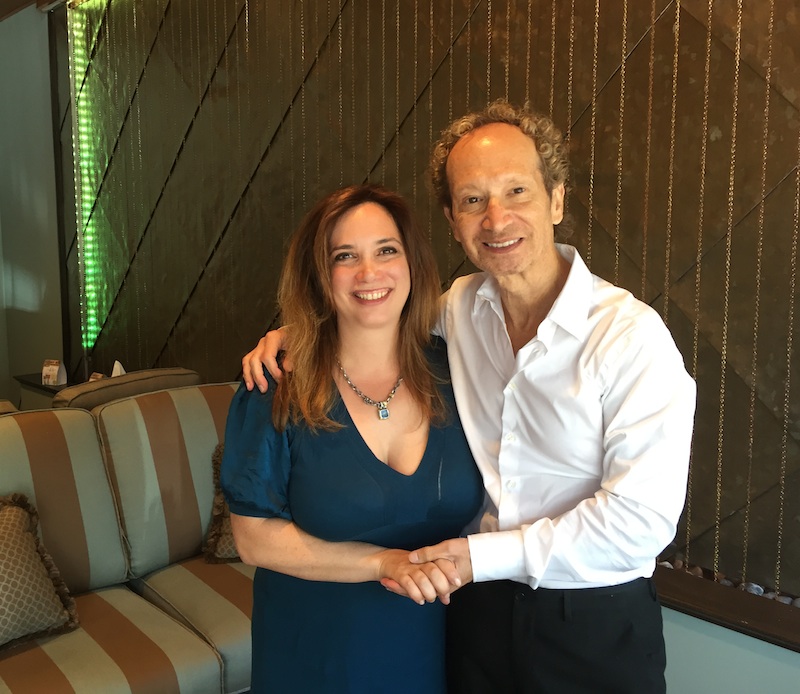 We’ve got a new name for The Radnor Hotel: Beauty Central.

Essent Spa, an ambitious, luxury day spa, has moved in next to Jay Michael Salon in the old Bernie Robbins space.

Although separately owned, Essent and Jay Michael are a match made in beauty heaven. With a shared reception desk (and booking website), you can get your hair styled and your face Botoxed in a single trip.

One stop, multiple ways to get gorgeous.

Check in for any service – even Botox – and you’re invited to slip on a French terry robe and Italian slippers and sip wine or Wellness Water in the Tranquility room as you await your treatment. 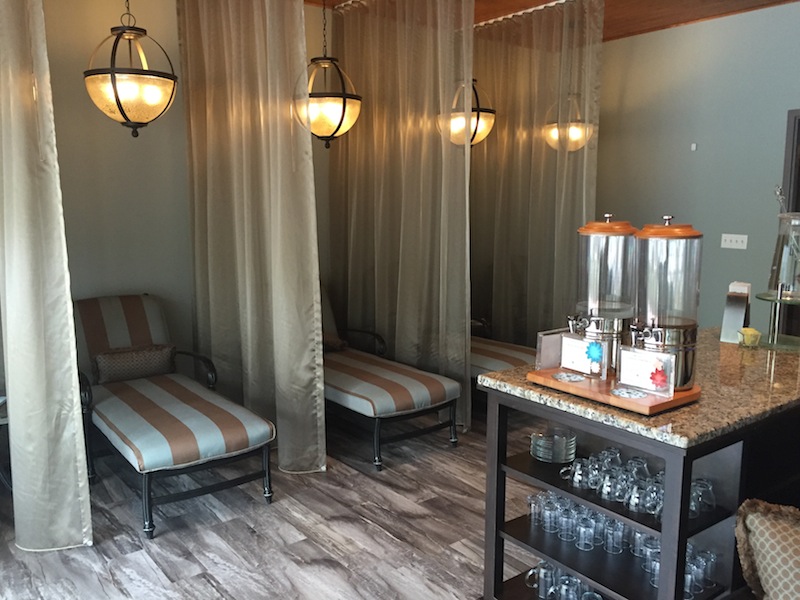 Another lux touch: every service comes with a complimentary arm and hand massage.

And ’cause it’s nobody’s business what you’re having done, all seven treatment rooms are identical.

“There just aren’t that many full-service spas on the Main Line,” Essent owner Dr. Alison Abiri tells SAVVY. “We want our guests to feel like they’re at the Hershey Hotel or an exclusive spa in Atlantic City or Manhattan. We’re unique in that we’re combining the hotel spa experience with a medispa that’s run and owned by a physician.”

A Bryn Mawr mother of five who holds both an MBA and an MD in Emergency Medicine, Dr. Alison (as she’s called at the spa) happens to be married to Main Line Health plastic surgeon Raymond Jean. The two run Main Line Plastic Surgery in Bryn Mawr. The plan is for Dr. Jean’s patients to become spa clients and vice-versa.

So, by our count, Essent has three built-in audiences: hotel guests, salon clients and  plastic surgery patients. Not a bad way to start.

While Newsweek just ranked Conestoga tops in the state and 36th in the country, perennial powerhouses Lower Merion and Harriton were no shows.

The magazine apologized and promised to include LMSD next year.

Other top finishers: Unionville was second in the state and 49th in the U.S., Radnor was fourth in PA and 106th in the U.S., and Great Valley was 10th and 209th.  (Haverford High should be in line for Most Improved Award – moving up from 440th to 294th place the U.S. in the last year.)

Score one for Stoga’s alleged hazing victim. A Chester County judge sided with the freshman accuser and his father in their residency dispute with school district.

Not sure anyone saw this coming.

In a decision dated Aug. 5, Judge Jeffrey Sommer ruled that the father and son “are and remain residents of the area served by T/E,” that they didn’t breach terms of the son’s expulsion agreement, that T/E has to continue paying for him to attend an alternative school, Buxmont Academy, and that T/E had no business billing the family $13,442.92 for educating their son.

You may recall that the father reported the locker room broomstick assault of his son a week after he received the school district’s tuition bill, which he then challenged in court.

Thanks to a right-to-know filed by The Daily Local, we know T/E spent $12,300 on a private investigation that concluded the freshman football player had been living with his mother in Chester after his great grandmother kicked him out of her Devon home when he was arrested for sexting. (Dad would drive him to and from the T/E school bus stop.)

Here are the ruling’s highlights, as laid out in The Daily Local:

It remains to be seen whether the judge in the upcoming criminal hearing will find the alleged victim and his father as credible as Judge Sommer appears to have. The prosecution expects to present its assault case against the three Stoga football grads in the next month.

The new $9.2 million Sullivan’s Bridge is one sweet ride over the Schuylkill. At 14-ft. wide, it’s positively roomy – ten feet wider than that rickety wooden bridge folks had to brave after the Betzwood Bridge closed in 1995.

There isn’t much to savor yet at the new Savor food court in the King of Prussia Mall connector, despite its “grand opening” last Thursday. 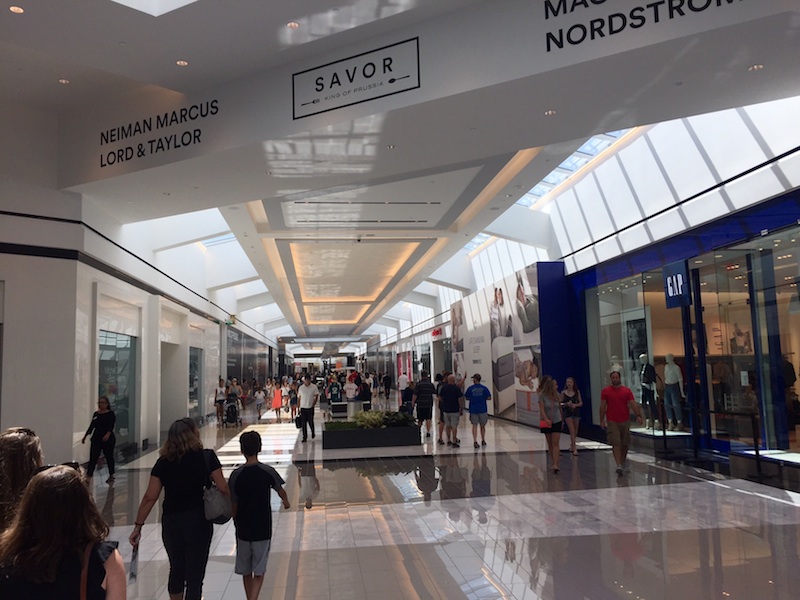 The new connector links the old Court with the Plaza. The KOP Mall was officially declared “one mall” last week.

The only eatery open through the weekend was Hai Street Kitchen, which must have rolled about a zillion of its signature “sushi burritos” since Thursday. Hai was so hopping on opening day, it ran out of tuna and brown rice in little more than an hour. 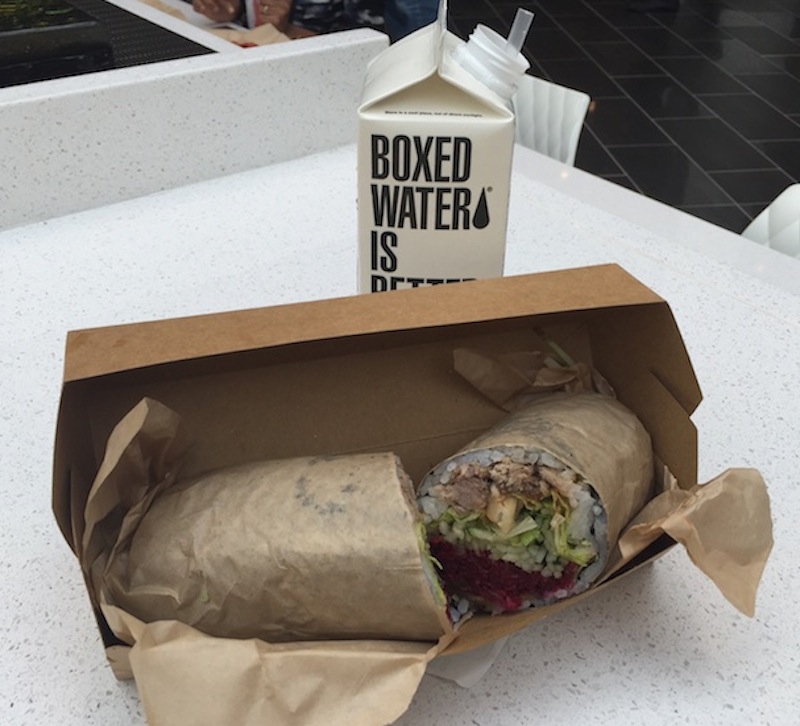 We’ll have to wait at least a few more days for the debuts of Sweetgreen (salads), Nicoletta Pizzeria (& soft-serve gelato), Melt Shop (cheesey everything) and Shake Shack. Top Chef Kevin Sbraga’s The Fat Ham (southern fare with adult beverages!) won’t open until early September.  Mexican street food will roll in on The Taco Truck a little later this fall.

The adjacent seating area is skylit and sleek with clusters of couches, charging stations and counters with gurgling fountains. 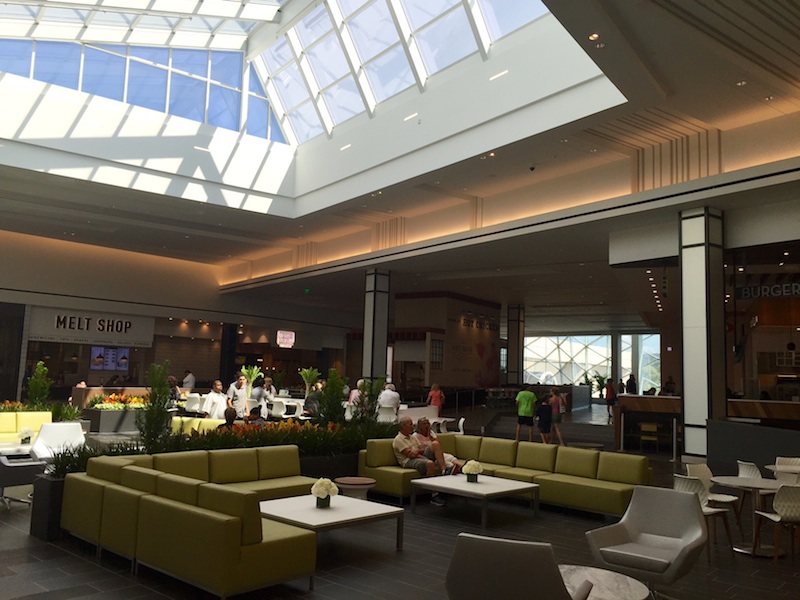 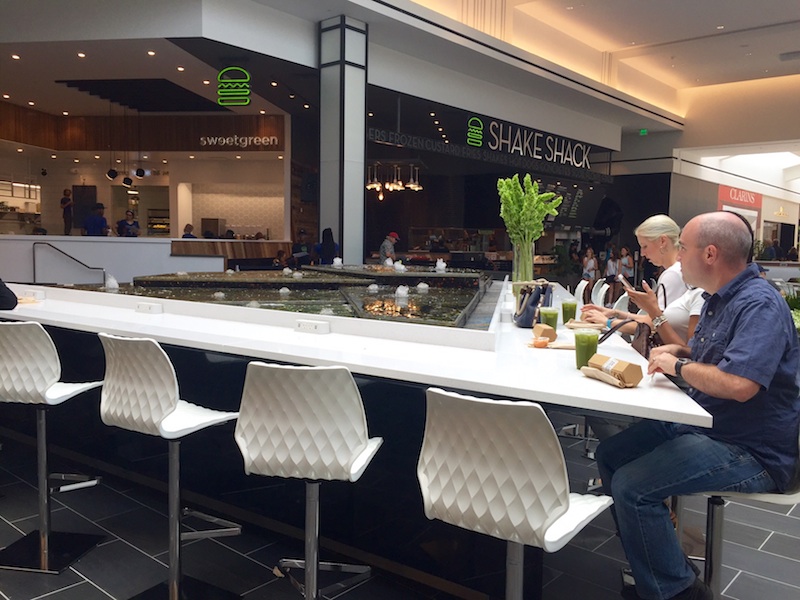 Our only quibble: the white stools. Sure hope they clean easily. 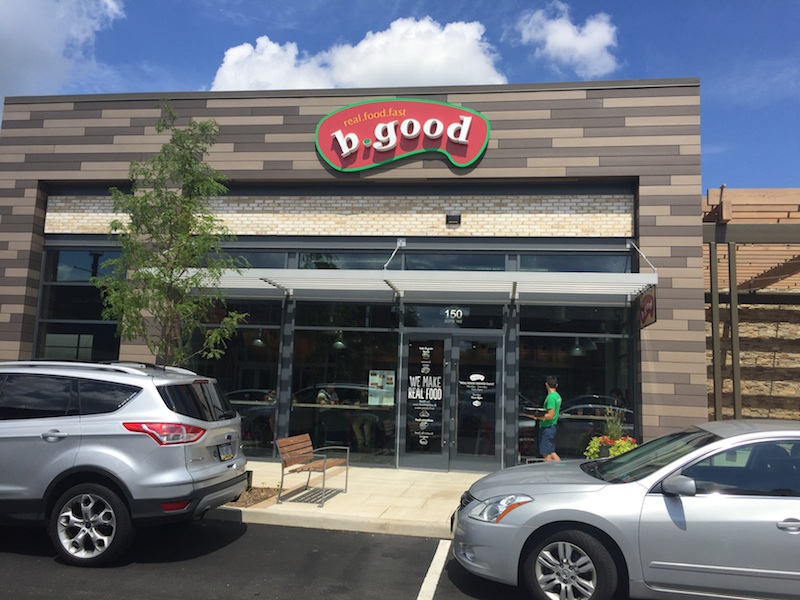 A Boston-bred franchise, b. good is a healthy take on fast food. Think house-ground burgers, hand-cut fries, shakes made from grassfed-cow milk, grain and kale bowls, grilled veggies, seasonal salads and smoothies. It’s also friendly to vegetarians and folks with gluten and peanut allergies and proudly posts its nutritional facts.

We reviewed Deb’s other Main Line location when it opened in Wynnewood last summer.

Au revoir, Creperie Bechamel. While we were sorry to see this little French jewel end its run on Wayne’s Louella Court last month, we’re stoked about what’s taking its place.

Personal chef/caterer Tara Buzan will open an intimate, high-end BYOB, At the Table, this fall.

Until five years ago Tara owned A Taste of Britain in Eagle Village, so this won’t be her first restaurant rodeo.

Not to be outdone by Wayne’s new Main Point Books, Narberth is also getting an indie bookstore.

The shop is “only about 1,000 sq. ft., so I’m going to be hand-selecting every book carefully,” Ellen tells SAVVY. 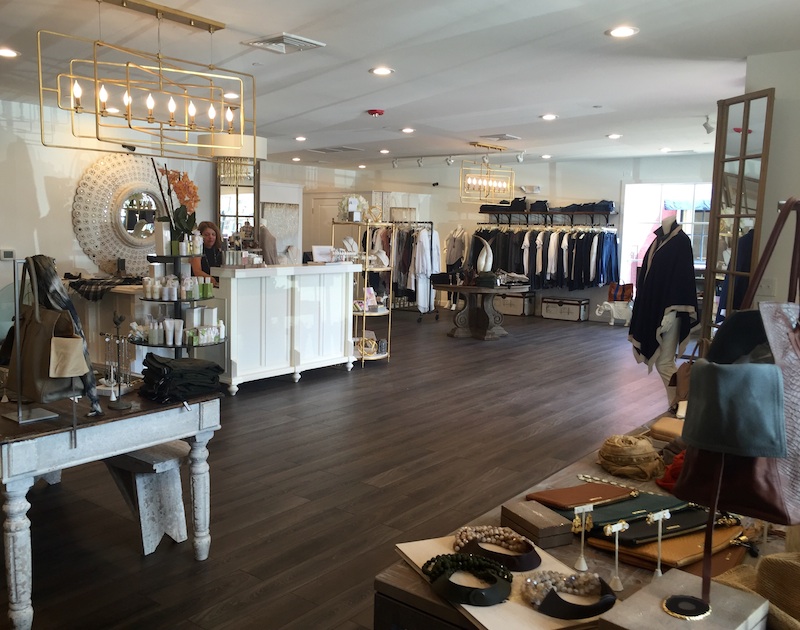 The shop’s light and airy aesthetic is more in sync with Menagerie’s sister store in Haverford Square.

Another plus: Room for extra clothing racks and to display owner Kate Lawson’s Made by Menagerie raw diamond collection. Dazzling.

We just love that more mom and pops are popping up in Suburban Square.

The easy-breezy fashion atelier Eaves plans a soft opening this week, the third independent fashion boutique to open in the Square in the last year (after Gilbert & Evans and Delsette).

Eaves is near Sweetgreen in the old White House/Black Market space. It’s owner Susan Ahn’s second store; she opened on Wayne’s Aberdeen Ave. in 2012.  (More on the Ardmore Eaves in a future SAVVY.)

A heads up for teachers heading back to school: Concihairge, the nifty local startup that lets you enjoy a professional cut, color, keratin, blowout, you name it, in the comfort of your own home, is giving teachers 20 percent off through August 31. There’s a fun Facebook giveaway too.

And finally, a SAVVY shoutout to Colin Mahoney, Stoga ’09, St. Joe’s ’13, for completing a solo hike of the Appalachian Trail this summer – all 2,190 miles of it.

Colin began his epic adventure in Georgia on Feb. 23 and ended at Baxter Peak in Maine on July 2, enduring cold, hunger, treacherous climbs, wildfires and who-knows-what-else along the way. 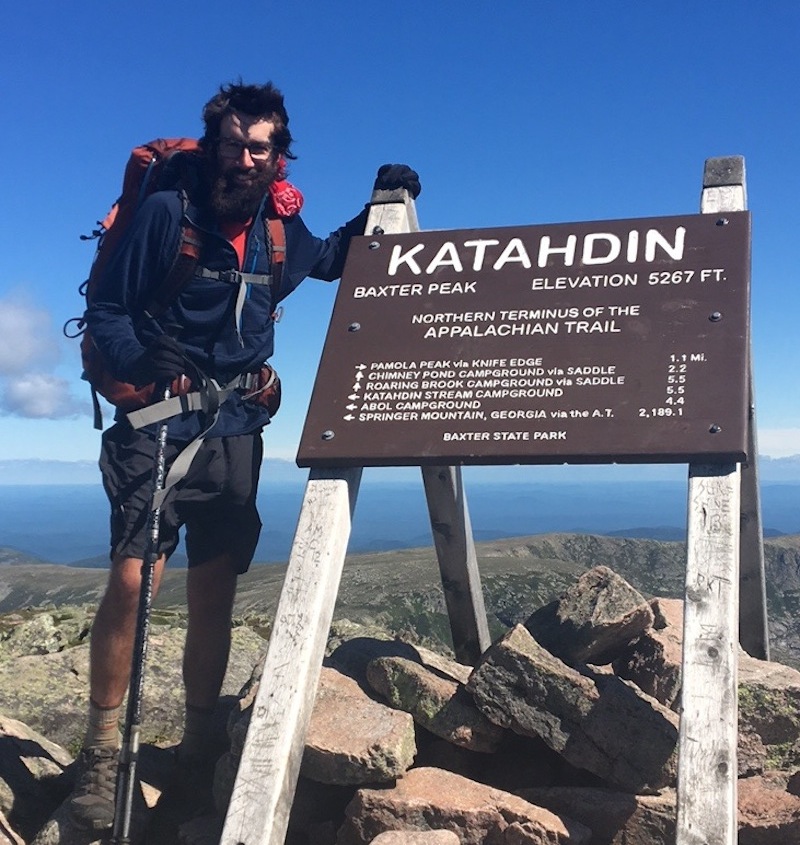 Each year, thousands attempt to hike the entire AT; only about one in four finish. Colin also made relatively quick work of it, finishing several weeks ahead of the typical thru hiker.

“Colin’s always been smart and resourceful so we figured he would carry that to the trail,” his mom, Pam, tells SAVVY. “We admired his commitment – months of planning, missing friends and family events … We’re proud … and relieved he finished with no major injuries.”