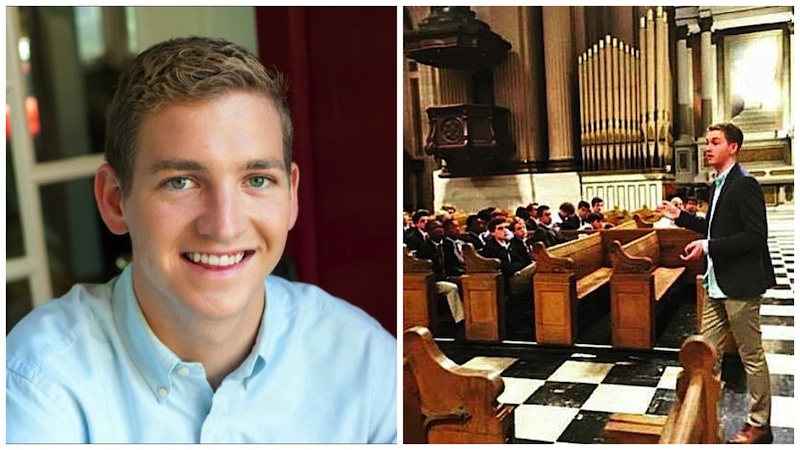 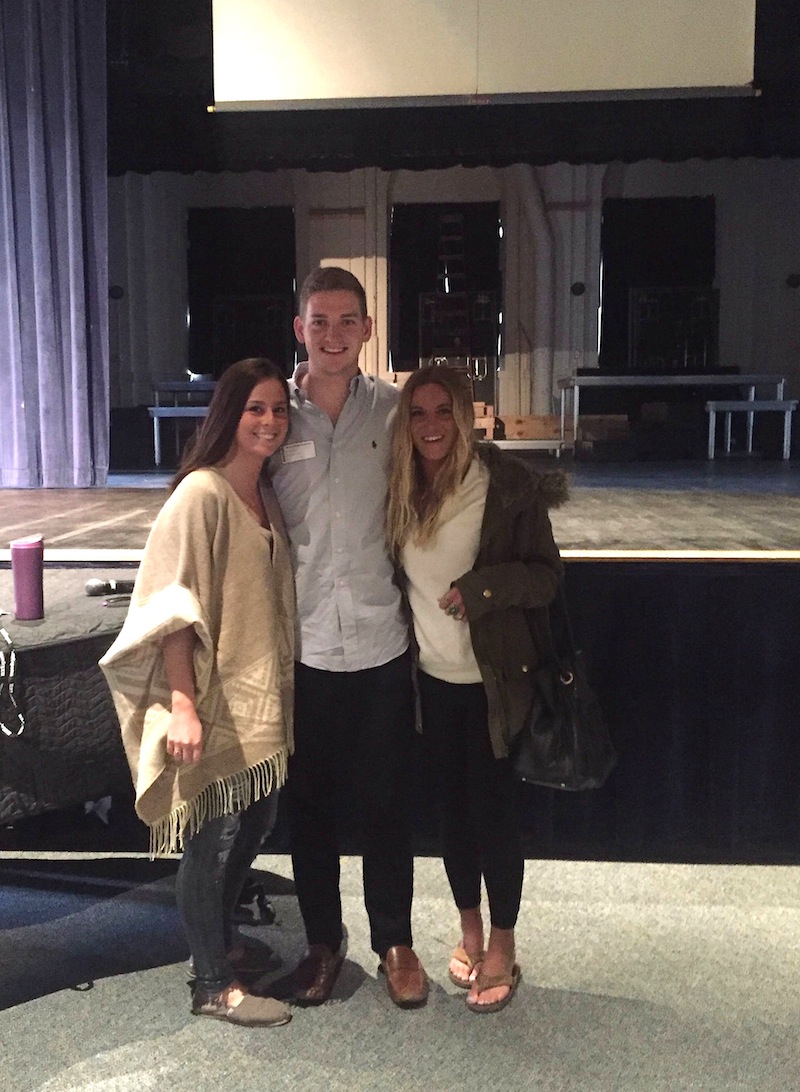 Drew poses with Merion Mercy Academy 2012 alums Bonnie McShane and Kelsey Dougherty after his April 7 speech at the school, his first visit to MMA on behalf of Minding Your Mind.

“From the outside, everything was perfect. I came from the American dream family,” Drew tells SAVVY.

His parents had three kids: his big brother, a 2006 Prep alum, was brilliant; his sister was a gifted D-1 athlete. Drew was “the hybrid – I was social and smart and athletic.”

And chronically and dangerously depressed.

Dad was an alcoholic; mental health issues ran in the family, but, well, they just weren’t talked about.

Drew’s first attempt on his life – a medicine-cabinet OD – came in 7th grade.

There were twin triggers: his parents had split up and the anti-depressants he was taking had only compounded his depression.

Rounds of therapy followed but Drew was just going through the motions. A robot, really.

Food, sports, school – nothing meant anything. He quit his elite FC Delco soccer team. He could barely drag himself to class. Most mornings, his mom would have to flip his bed to get him out of it.

Drew’s only pleasure, his only endorphin rush – false as it was – came from cutting. He’d take a razor and slice his arms and his legs, sometimes up to ten cuts a day. Today he recognizes cutting for what it is: a negative coping mechanism. Back then he knew only that it felt good.

Too paralyzed to apply elsewhere, Drew viewed his brother’s school, the Prep, as the Promised Land. His brother’s friends wrote letters testifying to his worthiness. The campaign gave him what his grades could not: an offer of admission.

At the Prep, he felt “pressure to succeed” although his parents never pushed.

“You see all these Main Line kids, all these nice cars in the parking lot. You think they have it all,” Drew remembers. The dress code – a jacket and tie – “is meant to convey stature, presence,” he says. “But here I was, walking the hallways wearing this suit coat and tie with cuts up and down my legs.”

Numb inside, he joined no school clubs and slept poorly.

His second suicide attempt came in the wee hours of New Year’s Day his sophomore year. “It hit me. I gotta do it,” Drew remembers thinking. “My family’s tired of dealing with me. Everyone will be better off without me.”

He swallowed vodka and every pill he could find – a couple hundred – and drifted off.

His suicide note: “I can’t do it anymore.”

Half a day later, his mom woke him up and called the paramedics. “You’re lucky to be alive son,” they told him.

He spent nine days in a psych ward, went back to school for a day, then returned to the hospital for another week.

But more than anything, he got what he needed at school: unflinching support from his guidance counselor and teachers.

His classmates meanwhile knew nothing, his erratic schedule explained away by fiction: a grandparent’s death (both are alive), a stomach virus, a family trip.

Over time, though, the lies ate at him. He asked his guidance counselor if he could speak to the school. If he promised he wouldn’t relapse, wouldn’t hurt himself again, yes, he could.

And so on Feb. 9, 2011 – a year and a month after his second attempt, Drew Bergman came out of the shadows. “I stood in front of all the boys in suit coat and tie who look like they have the perfect life.” For 18 minutes, he talked about his depression and two suicide attempts. “This is who I am,” he said. “I can’t keep this to myself any more.”

“To this day, people say they never heard anything like it and it changed their life,” Drew says. He hears from kids all the time; teens text or call if they’re slipping into that black hole, or if a friend is.

Funny: you talk openly about the bogeyman and he’s not that scary anymore.

Drew offers himself as living proof that mental illness can strike anyone. “You’d look at my family and think they just came from the country club. I went to all the dances. I had friends. I was an athlete.”

20 to 25 percent of young people struggle with a diagnosable mental illness.

One in five young people contemplate or attempt suicide.

Two-thirds of young people with addiction disorders have a co-occurring mental health problem.

Reversing those stats has been Minding Your Mind’s mission since its founding in 2007: Stomp out the stigma. Find coping strategies. Confide in an adult. Get treatment.

In his talks to teens, Drew stresses perspective: Straight As, sports trophies, homecoming dates – in the grand scheme, they’re a blip.

“Academics aren’t the end of the world. They affect a high school student’s life for four to 8 years,” he says. “If you don’t treat your mental health, it can impact the rest of your life or even end your life. You don’t have to hit rock bottom like I did.”

Now a senior at Temple majoring in business marketing, Drew takes it a day at a time. “I don’t say I’m cured. I’m in recovery. I have my good days; I have my bad days. I know I’ll be dealing with this my whole life.”

His newest coping strategy is meditation (via the Headspace App).

His relationships – with both his parents, his family and friends – are strong.

His career path, although uncertain, looks bright. “It’s nice to be able to look at your future and be optimistic about it because for so many years, I just didn’t see it.”

The eastern Main Line has reeled in The Big One.

Bluefin, the STELLAR sushi joint well worth the schlep to East Norriton (and before that, to Plymouth Meeting), is coming to Bala Cynwyd. 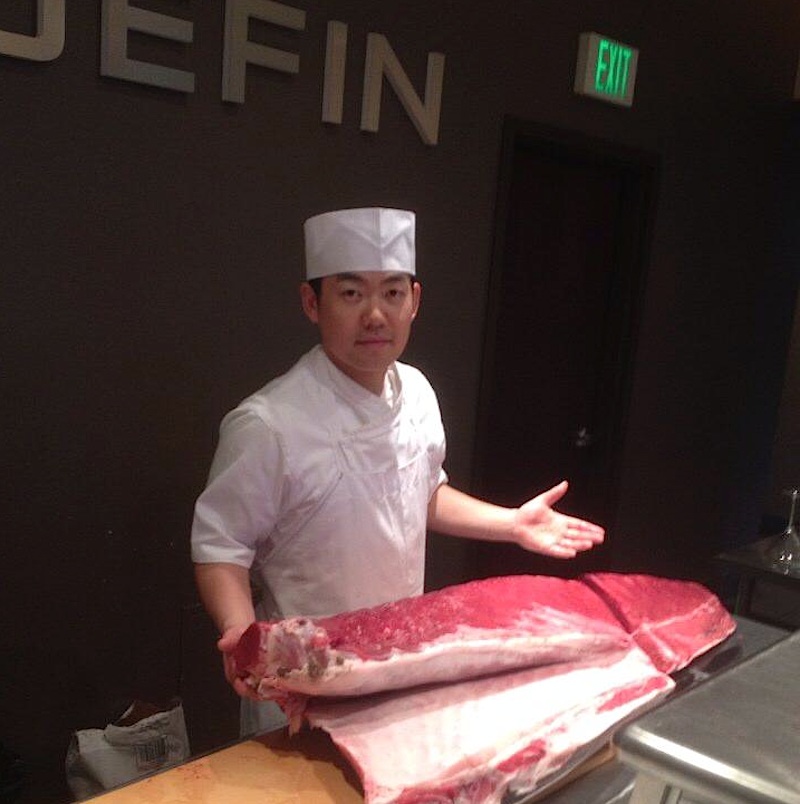 Suburban Square has another fashion house.

DELSETTE just opened in the old Denim Habit space next to Lululemon.

Tagline: A curated world for the fashion visionary.

Named for her mom, DELSETTE is a completely fresh start, she stresses. (She’s even moved the family to Wynnewood.) 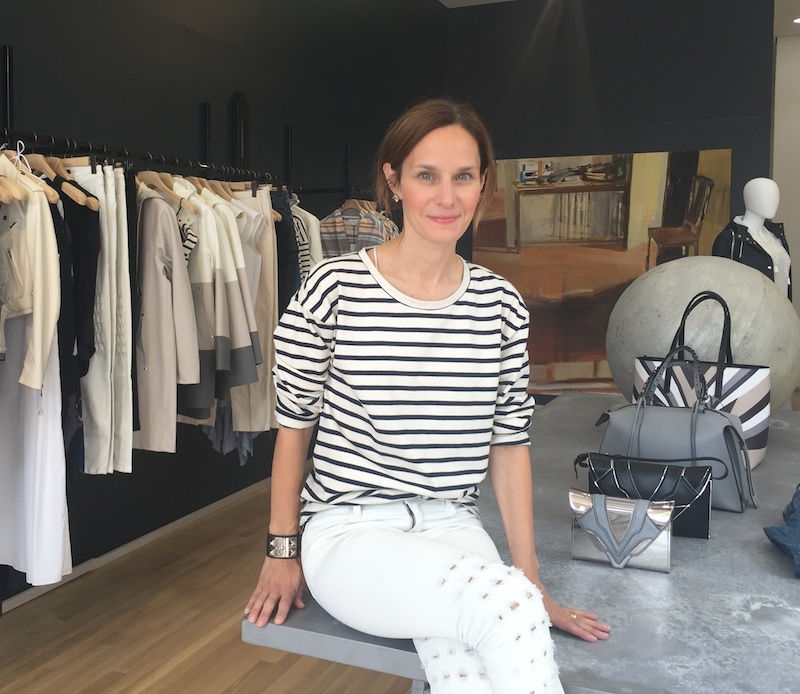 DELSETTE shows the same Stef eye for ageless, timeless, distinctive style but with a new brand mix. Price tags are high-end but no longer stratospheric.

Styling advice will be part of the deal. “It’s more about the process than it is about the purchase,” Stefanie says.

DELSETTE’s debut has been supersoft. When we dropped by, she was still unpacking boxes. A kickoff party is planned for early June.

The saga of the Mansion at Willows Park is starting to look like Devon Yard at Waterloo Gardens.

Another NeverEnding Story starring Wade McDevitt. (Funny how he’s figured in both…)

Plans to lease the mansion to St. David’s Nursery School – for better or worse – have been put on hold. The Wayne church is allowing the school to stay put another year.

Meanwhile, a group of citizens, well, they’ve got other plans. They’re meeting again this week to hash them out, with Radnor Commissioners invited to sit in.

Among the ideas bandied about: Knock down the mansion (Unobstructed Park Views!); Knock down part of the mansion (Picturesque ruins a la Chanticleer!); Turn it into a social club or a concert venue (Angel Investors, Where Are You?); Sell it as a private residence (legality dubious); or revert to Plan A – keep it as an event space but partner with a more, uh, reliable caterer this time.

The barely-used Mansion doesn’t cost the township too much – maybe a few grand a year, Commissioner John Nagle tells SAVVY. But the longer it sits, the more repairs it’ll need. Cha-ching.

Commissioners seem split on the issue. Nagle says they might just start over and issue another RFP – once again entertaining any and all comers, including the nursery school.

Some of us have been licking our lips at the prospect of a Rita’s Water Ice near the Wayne Farmer’s Market.

Licking them for so long, they’re chapped.

We know; it’s just water ice. But Paoli, Bryn Mawr and Malvern don’t have the corner on cool, right?

Why would a new Rita’s, all spit-shined and spiffy in the Strafford Shopping Center, just sit there? For months. And months. C’mon, turn on the lights already.

We figured a township technicality must be the holdup.

Nope. A well-placed SAVVY source tells us Radnor’s not the issue. The store hasn’t opened, our source says, because the owner can’t find folks to staff the place.

Not kidding. We were skeptical, too, until we heard the same tale of woe from soon-to-open Harvest Seasonal Grill in Radnor. (Hope all you unemployed college kids are taking notes.)

For swells, the Radnor Races at Radnor Hunt Club offer an afternoon of schmoozing, boozing, and steeplechasing, hats strongly recommended. (If you don’t have your admission ribbon yet, don’t bother. It’s sold out, as usual.)

And in Wilson Farm Park, Tredyffrin Township is throwing a 90th birthday party for its tough guys in blue, aka Tredyffrin Police. At 10 a.m. police will parade through Paoli, Paoli, Berwyn, Chesterbrook and into the park (detour alert!). For wee ones, there’s a touch-a-truck display (10:30-2) and a Candy Drop at 1:30. Also planned: live music, motorcycle display and vendors. Cake to be cut promptly at 12:15.

So lightening – the bad kind – has struck twice for Harvard-bound Hannah Keating.

Sadly, she tore the ACL in her right knee in a September scrimmage.

After surgery and a tough rehab, she returned to play April 21. Her team was jubilant and she scored her 300th career AIS goal shortly thereafter.

And then promptly tore the ACL in her other knee in practice. Ugh. Devastated, the team has dedicated the rest of the season to Hannah.

SAVVY gal Kathy Stevens and her pals whooped it up in the lounge at Wayne’s new Autograph Brasserie the other day, toasting a friend’s birthday. 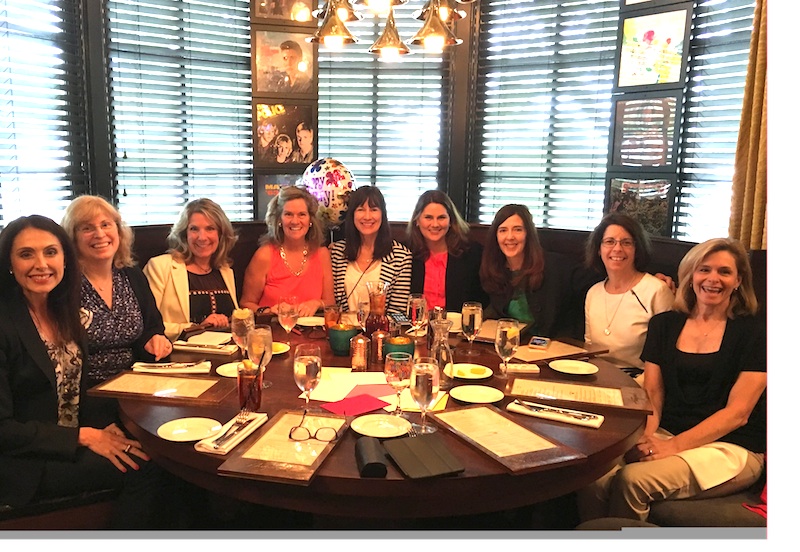 Rave reviews for the Tuna Nicoise Club ($17), the Open Face Crab Melt ($18) and the Truffle Wild Mushrooms Toast ($19 with soup and salad). Yes, there were some hiccups – AWOL avocado, absentee cheese – but server Stephanie handled it all with a smile.

Opening a restaurant on this scale is no small feat, so we’re inclined to cut them some slack … for now.