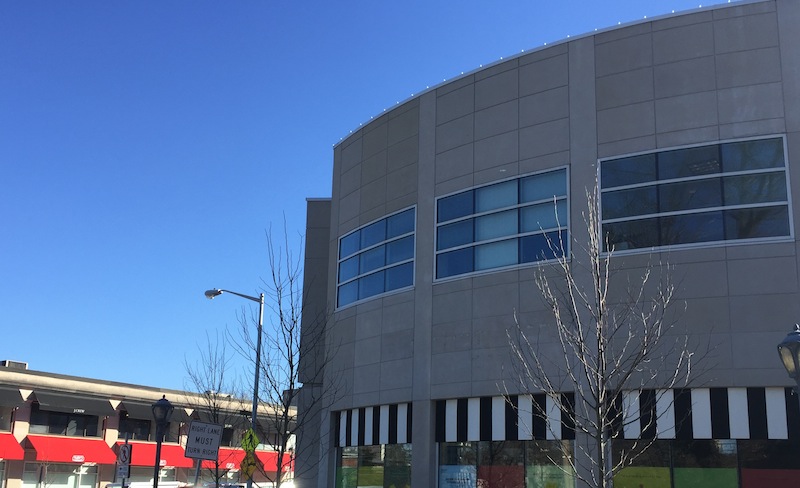 The future home of SoulCycle in Suburban Square

SoulCycle – the coolest workout on one wheel (just ask ’em) – is rolling our way.

The indoor cycling company with the celebrity-soaked clientele will open in Ardmore this spring, its first Philly location after recent debuts in DC, Boston, Miami and Chicago.

Soul’s signature yellow bikes will be installed in the 3,400 sq. ft. former Corner Bakery space in Suburban Square across from Ruby’s Diner. (Still no takers for the rest of the building’s first floor, vacant now that the holiday pop-ups have departed.)

Contrary to rumors, Main Liners can expect the full Soul experience – cue the candlelight and rockstar music – along with a retail shop. Soul sistas and bros take great delight in broadcasting their devotion on $48 t-shirts and such.

Adding SC to the tenant mix is a major coup for Suburban Square, which is working super hard to evolve into a trendsetting “lifestyle center.”

“SoulCycle is a company that picks the coolest locations,” Nina Rogers, director of mid-Atlantic region for Kimco, Suburban Square’s leasing agent, tells SAVVY. “They weren’t just interested in any location on the Main Line.”

Naturally, cool comes at a price. After a $20 first ride, figure on paying roughly $30 a class. (Quit your groaning. Sweating it out alongside Lena Dunham and Katie Holmes would set you back $34 in NYC, in the Hamptons $40.)

The Ardmore studio is “targeted” to open in May and the company is reportedly scouting a Center City location.

In other Suburban Square news, beauty behemoth Sephora opens across the street in the old William Sonoma space this week and Macy’s going-out-of-business sale is going strong. The department store opened in 1930 as Strawbridge & Clothier. It plans to vamoose at the end of March. 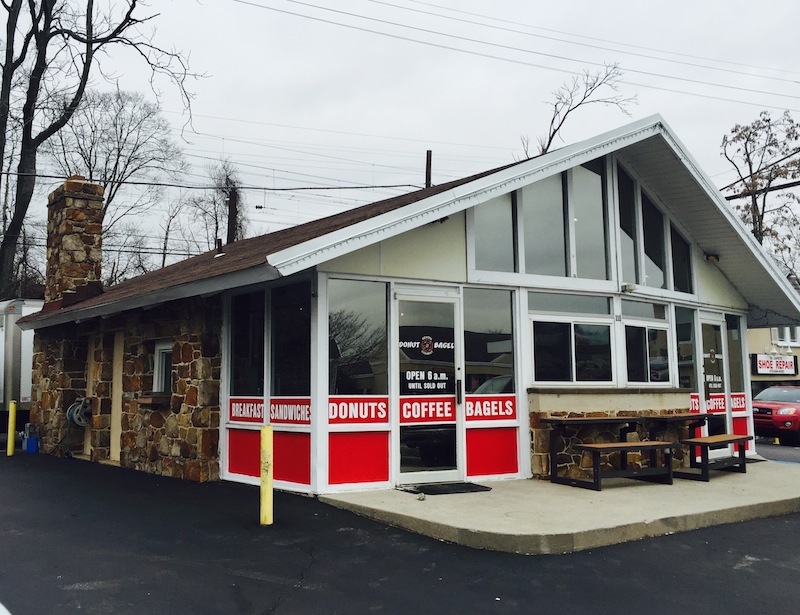 Western Main Liners jonesing for closer-to-home carbs can now get their fix at a second Devon Donut & Bagel Co. shop in Paoli.

Beloved for such temptations as maple-glazed donuts topped with bacon (oh my!), DD & B is set to debut Thursday in the former Whirled Peace building on Route 30 just west of 252. Along with killer carbs, Devon Donuts doles out caffeine: lattes, espressos and regular cups of joe.

Owners are locals Chris Hebrank and his sister Carey (with some help from their parents). Like its Berkley Road counterpart, the Paoli store will open at 6 and close when the goodies are gone, usually around 1 pm.

Once you’ve sipped a single-serve Nespresso at home, you’ll want to kick your Keurig to the curb. I know I did.

And with the recent opening of a Nespresso Boutique inside Bloomingdales at the K of P mall, you no longer have to place $200 online orders to avoid shipping charges. (Nespresso capsules run $.70 to $1.10 a cup so every single penny is worth pinching.) The Boutique at Bloomies offers free samples and welcomes Nespresso Club Members, old and new. Warms the heart.

Score one for the Tredyffrin/Easttown School District, long engaged in a scrum with Lower Merion for tops-along-the-Main-Line honors. T/E was just named the number one district in the country by Niche, a website that uses stats, reviews and outcomes to rank schools, cities and neighborhoods. Not sure what it means that Niche put Conestoga at #31 in its national public high school ranking. For those keeping score, Lower Merion was ranked 4th – in PA.

One of the best parts of working out is losing myself: At my dance fitness class, I’m Gloria Estafan. On my bike, I’m Greg LeMond. At Pilates, I’m Graceful (heehee). The other night I was Tommy Lee. I took a Drums Alive fitness class in Paoli and hit my little heart out. 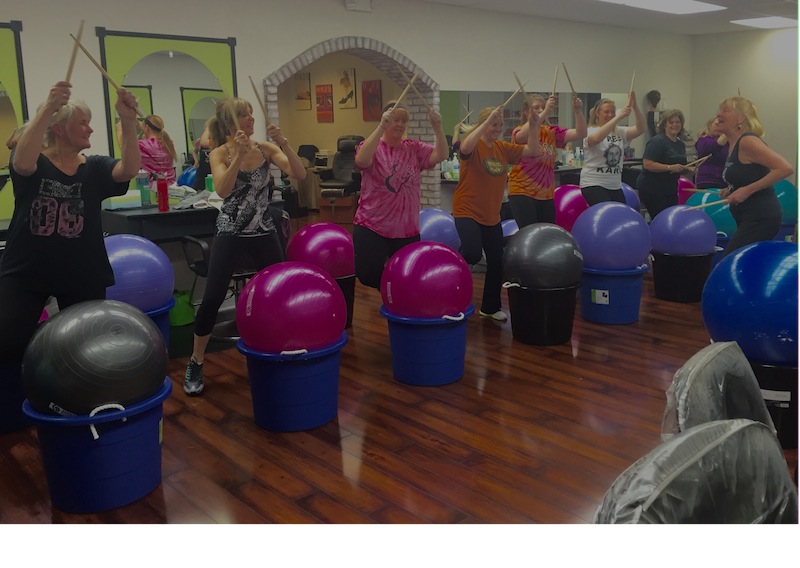 If you haven’t heard of it, Drums Alive is a legit workout for the body and brain that can be adapted to all ages and fitness levels. Leading our pop-up class in Paoli (at Studio H Color and Design Group in the Paoli Village Shops) was Barbara Ann Rankin, longtime lead hoofer at Barbara Ann’s School of Dancing in Broomall.

Barbara Ann bangs it out all over these parts: with superfit gals at a private Gladwyne home, at five senior facilities (including dementia units), and at Sussex Fitness Center, the club she owns in Broomall. She hopes to lead Paoli classes a once a month. The next one is set for Feb. 1 but check with Studio H first.) 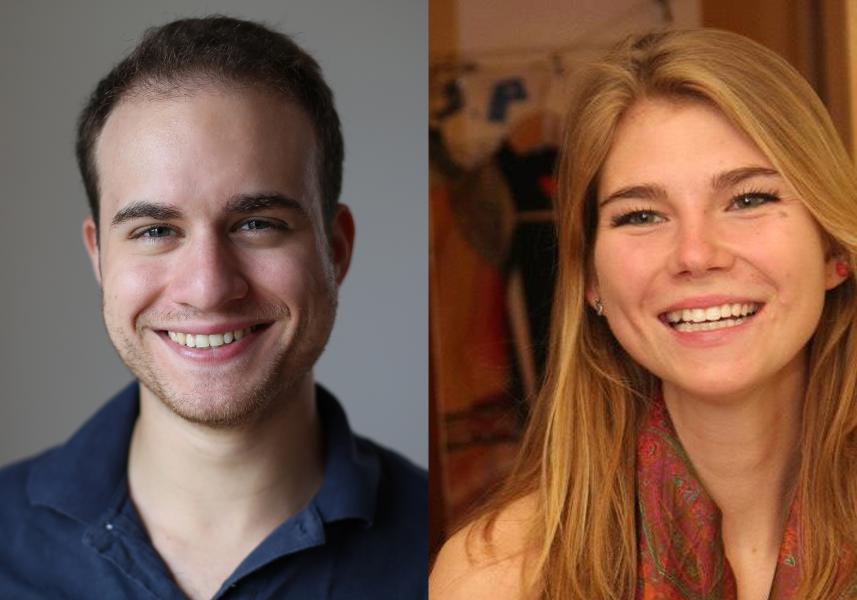 A SAVVY shoutout to Morgan Snyder (Conestoga ’11, UPenn ’15), just named to Forbes’ prestigious “30 under 30” list of outstanding social entrepreneurs. The 22-year-old hotshot co-founded Sweet Bites, a chewing gum laced with a natural sugar substitute that’s been proven to fight tooth decay and oral disease in slums around the world. Did I mention she’s 22?