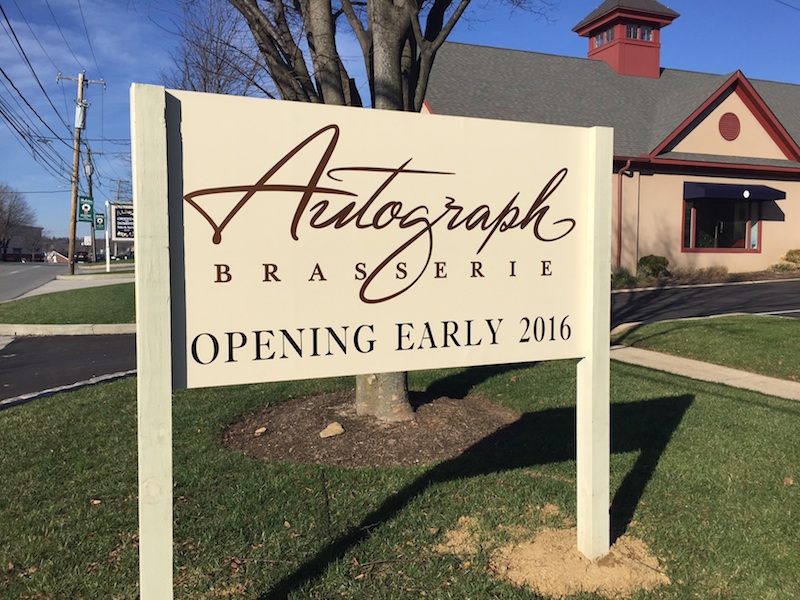 The lights are on again at the old Georges/Peppercorn in Eagle Village Shops – but only for the contractors. Main Line restaurateur Marty Grims is transforming the onetime French Country space into Autograph Brasserie, an all-new concept for the White Dog proprietor.

According to Marty’s marketing gal, we can expect “modern presentations of European classics” in a “modern American brasserie ” setting. Whatever that means.

When he bought Peppercorn last year, Marty was talking Italian. I’m guessing he switched gears when he heard about Marc Vetri’s twofer headed to Devon Yard. (And we ARE a tad overstuffed with pasta/pizza joints in these parts, don’t you think?)

Semerjian Builders and Barbara Balongue Design are hard at work, and, fingers and toes crossed, Autograph will be signed, sealed and delivered to the Main Line in February. 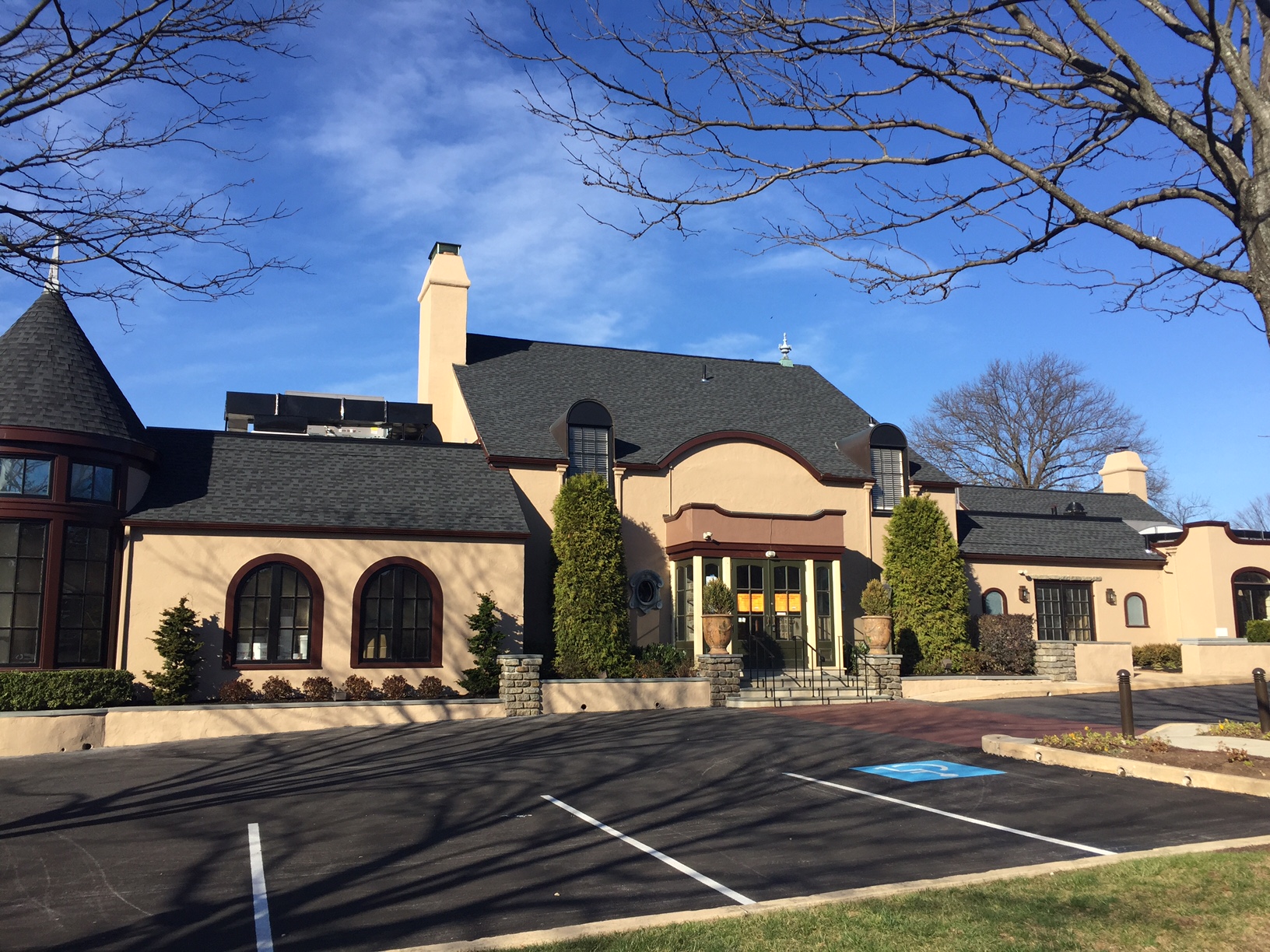 The Autograph building dates back to 1967 when it opened as L’Auberge.

The Episcopal Academy and Cornell grad has come a long way since his La Fourchette days. In addition to three White Dog Cafés (Wayne, Haverford and University City), Marty’s Fearless Restaurants owns the Moshulu on the waterfront and three eateries on Long Beach Island. Over the years, he’s been involved in a slew of local spots, among them Du Jour, Basil, Tango, Passerelle and Central Bar and Grill.

On a personal note, it’s always fun to see what Marty’s got cooking. The two of us go waaaaay back – we rode the same school bus and he took over the Longport luncheonette I once ran with my sister and brother.

Open (but softly) for around a month, Sanctuary Spa 1616 offers everything from mani-pedis, massage and hair removal to “pigment control” and “power peel” facials and Botox.

The place is drop-dead gorgeous in a modern Tuscany-meets-Aspen way, with a two-sided fireplace, Venetian plaster walls, and access to a charming courtyard for lounging pre- and post-treatment. 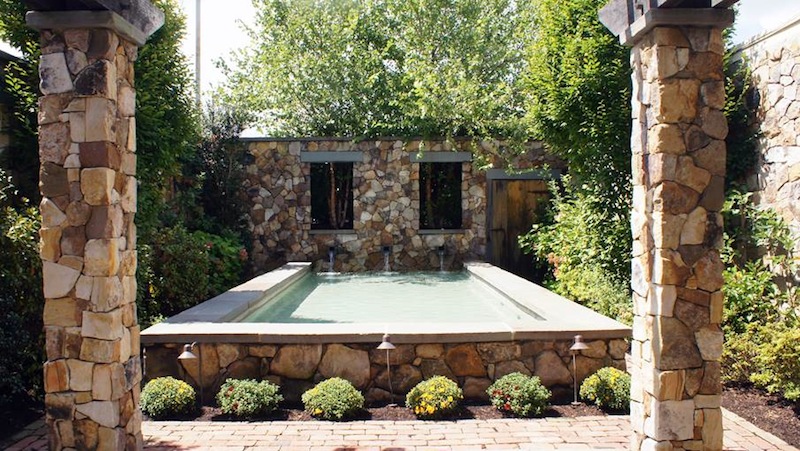 In the next few months, Turpin Landscaping will turn the courtyard’s reflecting pool into an exotic water feature. Cue the koi fish and soothing waterfall.

Familiar faces are behind the new venture. Jim Creed (owner of Creed’s Seafood and Steaks in King of Prussia and part owner of 333 Belrose and the General Warren Inn) brings business savvy and his hefty rolodex; longtime pal Pat Riley, M.D. will administer Botox and fillers. 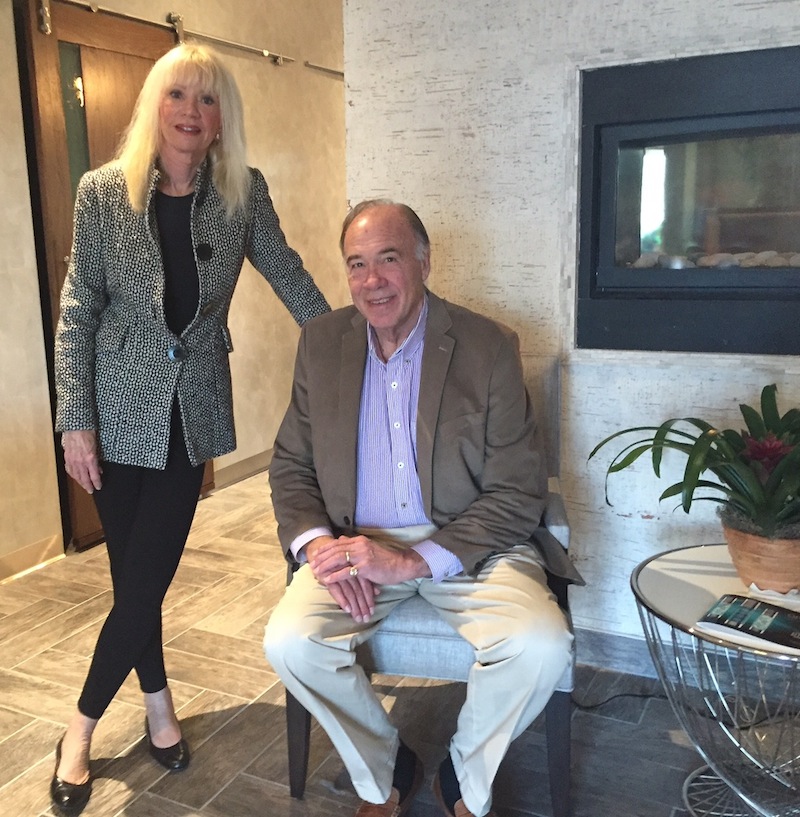 GO FOR IT! Sanctuary Spa 1616 is at 1616 Lancaster Ave. Paoli. $69 monthly memberships include your choice of massage, facial or mani-pedi. $900 up-front “executive memberships” entitle you to $100 in monthly treatments for 12 months (plus Creed’s gift cards). Dr. Riley’s arsenal of dermal fillers includes Kybella (for double chins) and long-lasting Bellafil (for acne scars and smile lines.) Botox is currently $10/unit.

So ingrained has it become in the fabric of the Main Line, it’s hard to believe Life’s Patina at Willowbrook Farm has only been around four years and change.

Meg Veno’s Malvern enterprise is on a roll of late. Seasonal barn sales have broken records. The company has expanded into vintage event rentals and staging, and this fall found a new showcase in Wayne. Several of Patina’s more rustic furniture pieces and a smattering of gift and home décor items are now sold at Waltzing Matilda at 21 West Ave. 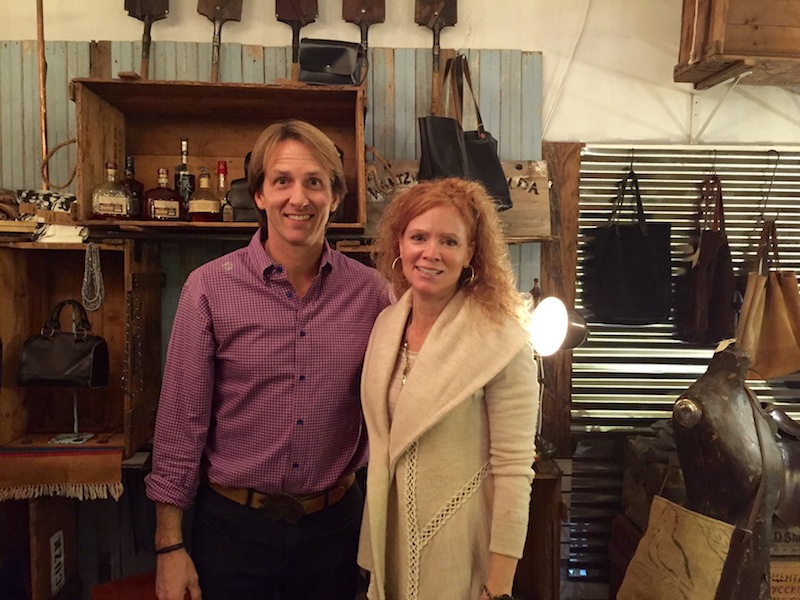 Leather craftsman Mike Balitsaris invited Meg to join him after he took over the Ivivva space next door. (A huge hit in Wayne, the lululemon for little ladies bolted for the K of P mall.)

If you haven’t yet, waltz on over to Waltzing Matilda. You’ll catch an authentic artisan in action in a crazy-cool space. The place hums into the night on Wednesdays and Thursdays with informal jam sessions and open houses. 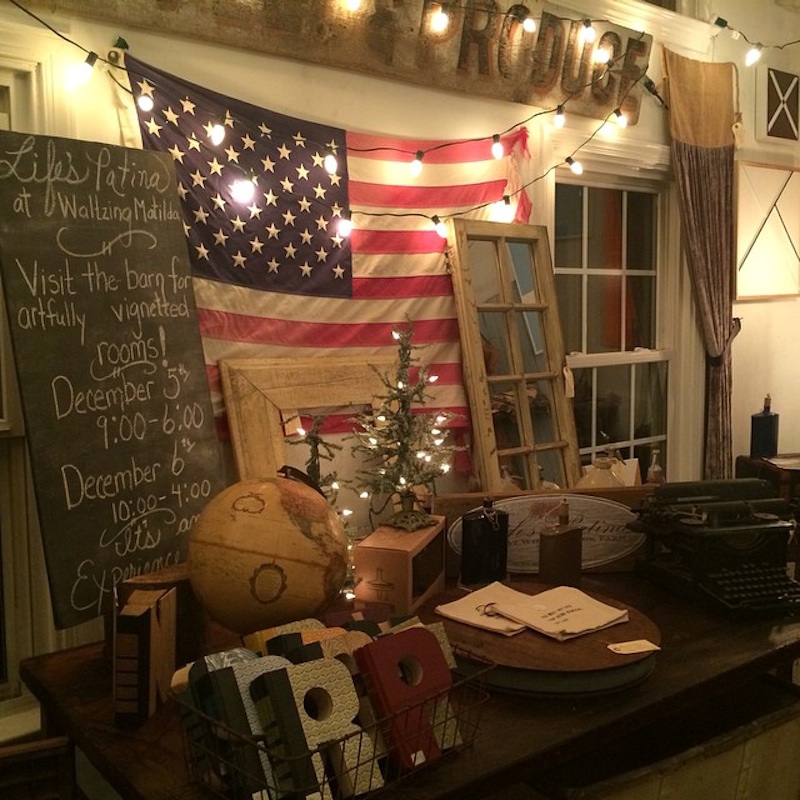 A SAVVY shoutout to Lower Merion native Jess Edelstein and her biz partner Sarah Ribner, the 20-something entrepreneurs behind the natural deodorant PiperWai. The two dove fearlessly into ABC’s “Shark Tank” and emerged victorious. 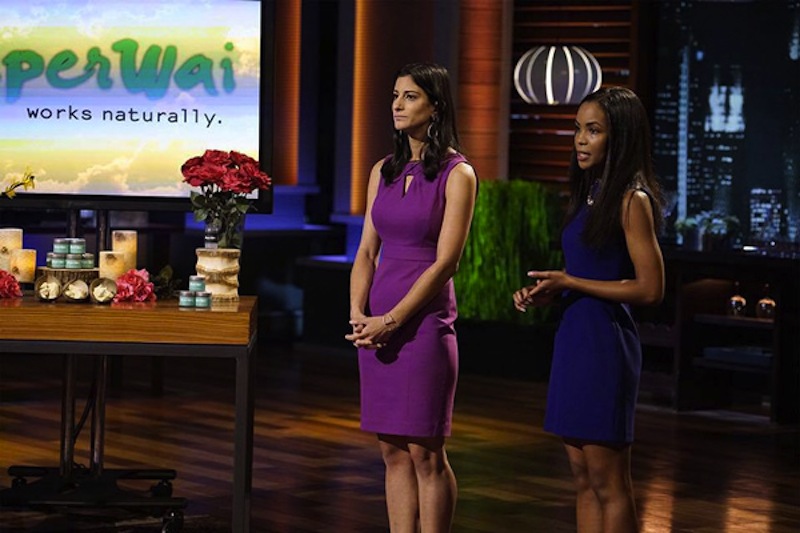 Jess Edelstein and Sarah Ribner on the Dec. 11 edition of “Shark Tank

Besties since their Friends Central days, the two struck a $50,000 deal with shark Barbara Corcoran and plan to use the moolah to amp up production, debut a stick version, and get PiperWai, sold mostly online, on more store shelves, including Whole Foods. (The rub: Corcoran gets a quarter of the company.)

I haven’t tried it yet but Jess and Sarah insist their natural charcoal pit potion – free of nasties like aluminum and parabens – is a big time B.O. buster: soaking up sweat AND passing the sniff test. It’s a gray cream that goes on clear. 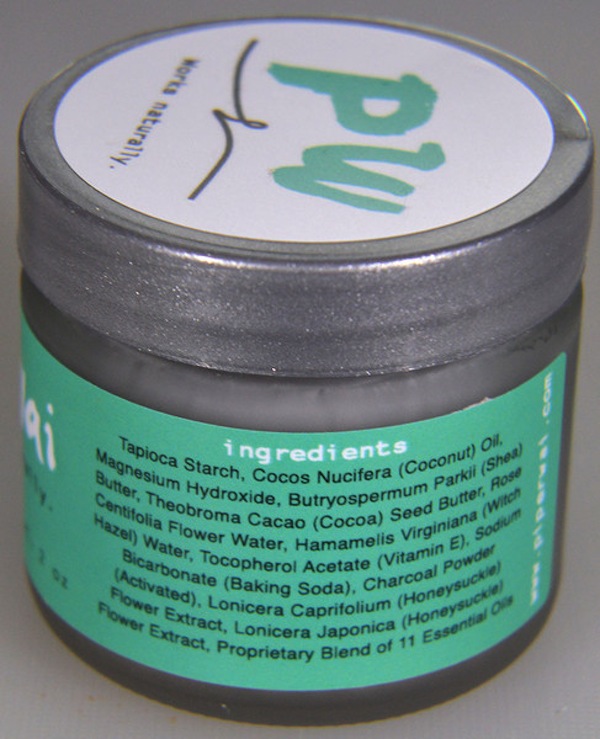 PiperWai’s website has been deluged with orders – $800,000 worth – since the show aired.  A current “Shark Tank special” offers two jars for $22 but with demand so high, you’ll have to wait up to five weeks to get it.

You have to wonder how things are going at Yangming. Torpedoed by health inspectors in August and re-opened in October, the Bryn Mawr restaurant is now running huge ads in the Inquirer offering free $10 gift cards for every $35 spent on site through Dec. 30. Not a good sign.

How’s this for a fresh solution to the Willows Mansion conundrum? Turn the money-losing Radnor estate into a nursery school. St. David’s Nursery School says it will raise $1 to $1.5 million to convert the place: 12-13 classrooms upstairs and offices and a reading room on the first floor. (No need to touch the built-in learning laboratory outside.)  Parent Wade McDevitt (you may remember him from the Horse Show/Devon Yard entanglement) helped the school’s director plead her case to Radnor commissioners last week. The township better decide fast. Its lease with St. David’s Church expires soon and the school wants a new home next fall.

Add the Devon Petsmart next to Big Lots to the list of vacancies on Swedesford Road. The pet emporium just moved to Town Center Road in King of Prussia. The coupon says it’s “just a tennis ball’s throw away.” Yeah, right. Not even Serena could launch one that far.