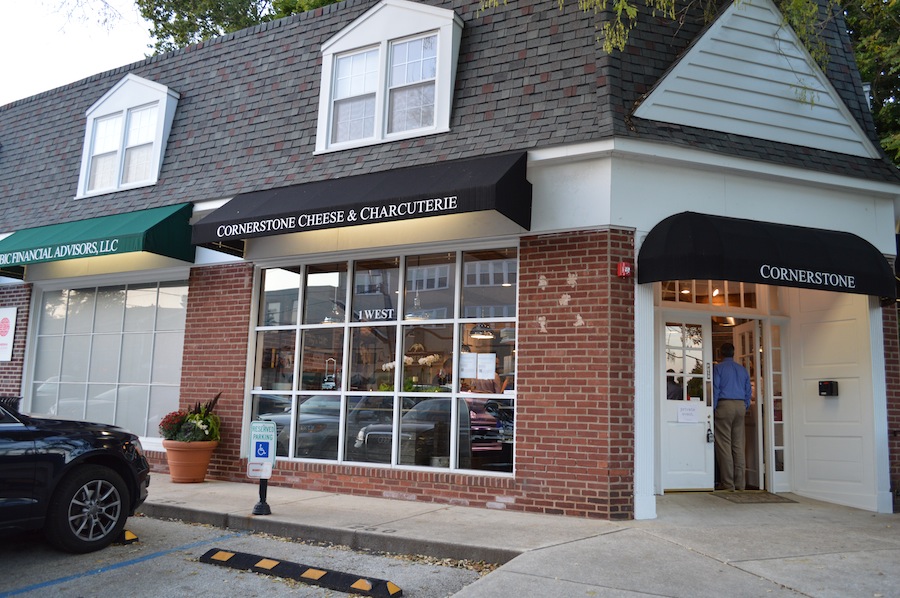 Wayne’s new Cornerstone Cheese and Charcuterie may just have the corner on cool.

Apparently, there are places like this all over Europe, Northern California and hip downtowns across the country, but I can’t think of a spot quite like it on the Main Line. The concept – a gourmet shop/BYOB/chef’s table hybrid – taps into the tapas trend and then some.

A jewel-box of a spot at the corner of North Wayne and West Avenues, what Cornerstone lacks in square footage, it more than makes up for in ambition.

Everything is “thoughtfully” – as opposed to “locally” – sourced. Cheeses and oysters hail from select small-batch farms and fisheries; charcuterie is imported from craft purveyors far and wide. 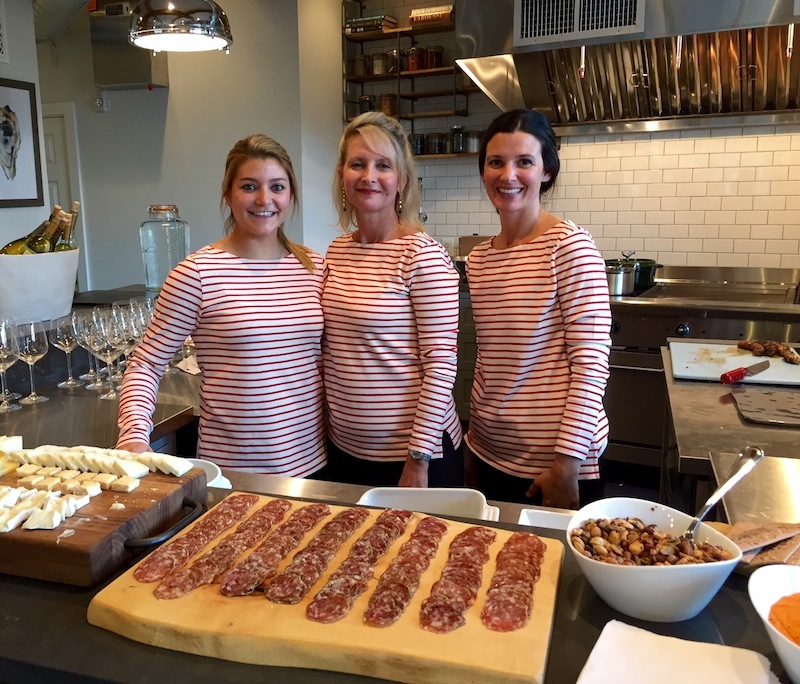 But it’s the interactive “chef’s counter” and monthly chef events that truly set this place apart.

If you’re lucky enough to snag one of Cornerstone’s 14 stools around the open kitchen (sorry, no reservations), you can kibbitz with one of the chef/owners as they prepare and plate your order. Unlike most restaurants, kibbitzing and hanging out are actually encouraged here. Indeed, the company tagline invites visitors to “indulge” and “stay a while.”

Lunch offerings are seasonally inspired and include house-made soups, salads and featured dishes, along with cheese and charcuterie.

In the evening, bring your own Pinot or Pale Ale and choose from a more extensive menu of cheeses, charcuterie, oysters and small plates ($4 -$16). Feeling adventurous? Nosh on the “Chef’s Board” du jour (small $35/large $55).

An all-day breakfast menu, served Saturdays and Sundays 8 to 4, hits all the brunch bases – from yogurt parfaits ($6.50) and brioche breakfast sandwiches ($10) to frittatas ($8 – $10) and bagels and lox ($10). Fancy a Bloody with that? BYOV (Bring Your Own Vodka) and stir in Cornerstone’s signature spicy mix ($6). 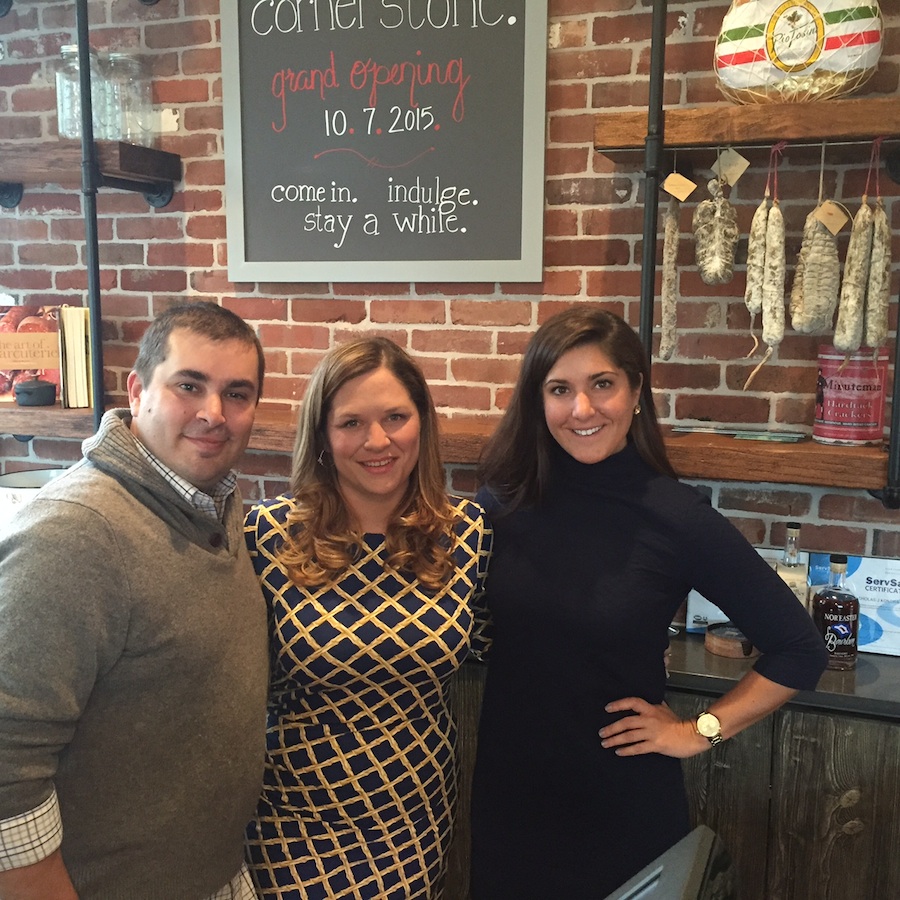 The couple met on Nantucket, when Nick was cooking at the vaunted island restaurant, Straight Wharf, and Christine was a private chef and owner of The ACK Experience, a “culinary experience” company.

Central to the Cornerstone concept is the Kondras’ wide network of chef, fishermen and farmer friends in New England and across the country.

They chose Wayne for its “Main Street feel” and proximity to family and friends, many of whom mobbed the place for Wednesday night’s private opening party.

If all goes as planned, Cornerstone will be but the first brick in the Kondras’ culinary empire. “We’re building a brand here; expansion plans are in place,” Christine tells SAVVY. “Eventually, we also want to have a real restaurant.”

Who else is thrilled that Regency Centers Corp. is finally giving the dowdy old Gateway Shopping Center a facelift? But call me old-school; I already miss the rain-shielding sidewalk canopy, much of which is going bye-bye for good.

Virtually untouched since it was built in the 1960s, Gateway is getting all-new facades, signage, fresh landscaping and LED parking lot lights. The three-stage project won’t be finished until spring, when the sidewalk is scheduled for repaving. (Now that should be fun.) 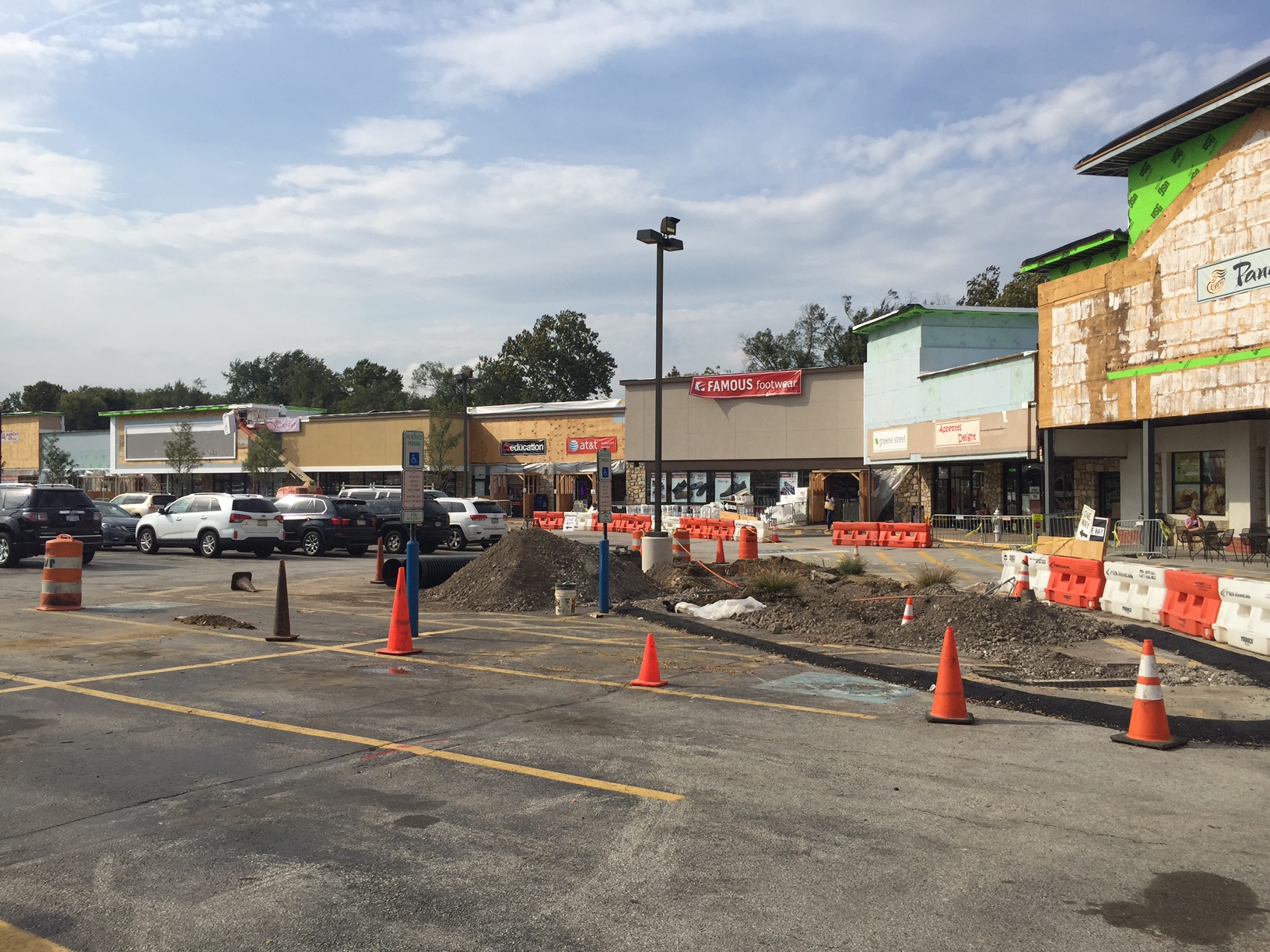 In the meantime, extra patience is advised for anyone using the center at lunchtime. The road in front of stores is temporarily one way and construction cones and barrels are blocking precious parking spaces. Starbucks’ baristas tell me their afternoon trade has taken a noticeable hit. And I’m sure they’re not the only ones…

You may not have noticed it amid the construction turmoil, but Gateway has a new fashion emporium. Long a favorite in Bryn Mawr, Greene Street Consignment just opened its 11th store next to Appetite’s Delight, in space that once belonged to Famous Footwear.

As a general rule, I’m not a DIYer. I don’t knit, hang wallpaper or paint, and I’m only a rudimentary gardener at best. But, as a craft beer lover, there is one hands-on hobby I might try one day. And a new store on the Main Line’s western frontier just might make that day come sooner rather than later.

Fancy Camper Home Brew in Frazer supplies everything you need to brew, bottle and keg your own beer. And if suds don’t do it for you, Fancy Camper also sells cheese-making kits and green (unroasted) coffee beans and coffee roasters. 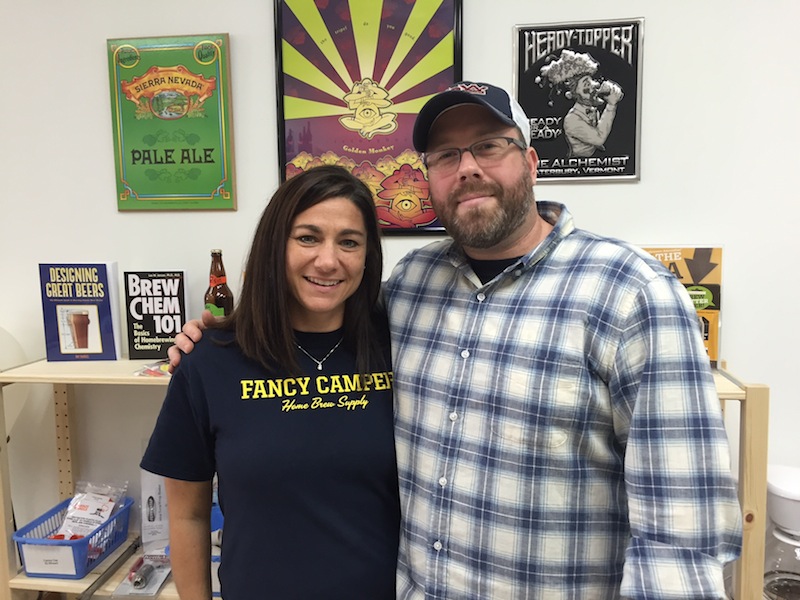 I didn’t taste any homemade cheese or self-roasted coffee at Saturday’s grand opening, but owner Corey Ross did pour me a sample of his delightful IPA.

Corey’s been home brewing for nearly 20 years and just ditched a desk job to follow his foamy bliss. A heck of a nice guy, he gladly shares his best recipes and  promises lots of hand-holding and special events for newbies.

How horrific were the recent drowning deaths of Berwyn brothers Michael, 54, and Thomas McAleer, 52? The two were headed home during heavy rains a week ago Friday when their Mercury Sable skidded out of control on Glenn Ave. near Lancaster, hit a stone wall and flipped over in a pond. Over 1.5 inches of rain fell that day – a record for the date. My heart goes out to the McAleer family.

On a much happier note, a SAVVY shoutout to Mary Virginia (“Ginny”) Bohem McCarty. The lifelong Main Liner just celebrated her 100th birthday with a big family blowout in Berwyn on Sunday. 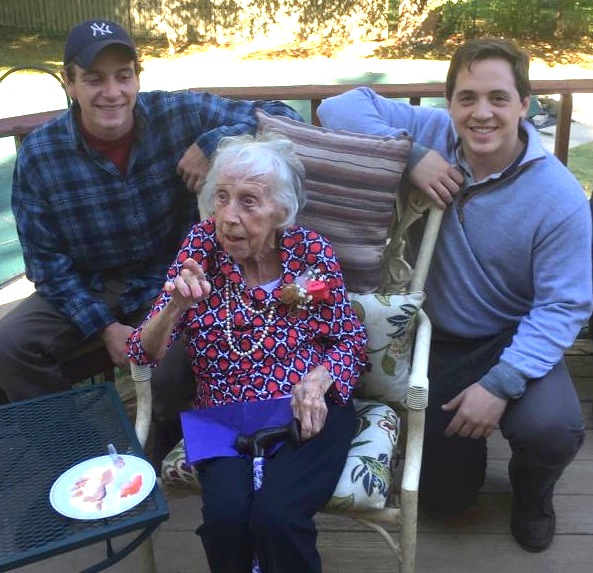 Centenarian Ginny McCarty with grandsons Tucker and Sam at her birthday party.

A longtime ballroom dance instructor and fixture at St. Monica’s parish, Ginny has seven children, six of whom live locally, and nine grandchildren. (Her husband, Joe, passed in 1995.)  She also happens to be the oldest living alumna (Class of ’33) of my alma mater, Merion Mercy Academy.

With family help, Ginny still lives in her Berwyn home. Ask her the secret to her longevity and she’ll tell you it’s her deep faith and her nearby network of family and friends. (And here I was, thinking it was the ballroom dancing.) Happy, happy birthday to you, Mrs. McCarty!