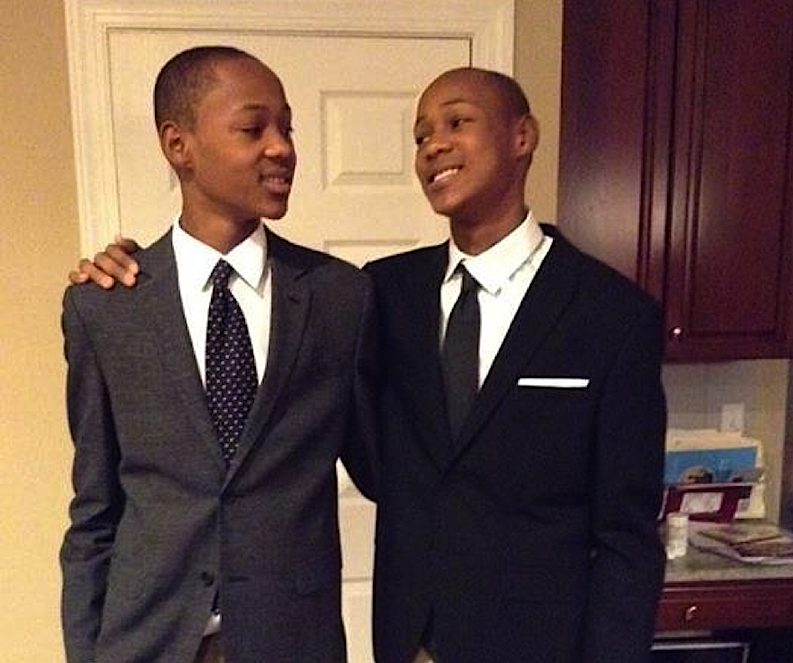 Summertime and the livin’ is easy. Except if you’re Anita Friday or her 15-year-old twins. Anita alleges that her African American sons were victims of racial profiling when they were bicycling near their Berwyn home.

The boys were riding in the Greens of Waynesborough on the afternoon of July 24 when an unidentified woman in a white Jeep SUV followed them, videotaped them and called police.

The woman said the teens – the Friday twins and a white friend – were suspicious because they had “extremely large duffel bags on their backs” and there had been burglaries in the Greens of late.

Anita believes her boys’ color was the real reason the woman called the cops. Those suspiciously large duffels were nothing more than school backpacks containing wet bathing suits and towels.

“Are backpacks the Berwyn equivalent of a “hoodie”? Anita wrote in a letter to residents of the Greens, which she later re-posted to Buzzfeed as “Biking While Black.”

“The woman who was videotaping and following them is dissimilar to George Zimmerman only in that she had a camera and not a gun,” Anita told SAVVY, in another reference to the Trayvon Martin case.

The fact that the boys were riding with their helmets on makes the woman’s call to police even more ludicrous, Anita said. “Yeah, my mom made us put on our helmets before we went out to burglarize houses.”

Their encounter with the cops left the boys “terrified” and they have not since ventured out on their bikes, she said.

Concerned that the two responding officers took down her sons’ names, addresses and dates of birth, she paid a visit to Easttown police. She was worried that her boys would already be in the system should they one day find themselves in the wrong place at the wrong time and have another encounter with police.

According to Anita, Chief Obzud was gracious and understanding but said he couldn’t expunge their names from the incident report. He did promise to write a memo “about racial profiling issues” to his officers.

This is the second time a Friday boy was profiled, their mother said. Last year, one of the twins was skateboarding in his driveway and ran inside petrified when a police car that had been watching him doubled back and pulled in.

The Friday family moved to Berwyn Estates 15 years ago “for the schools and for the kids to be in a safe, friendly environment.” The boys’ father, Dr. Gary Friday, is a neurologist at Bryn Mawr Rehab.

A retired real estate attorney, Anita Friday is a soft-spoken Sunday school teacher at St. David’s Episcopal Church, not normally one to raise a fuss. But “as a person of faith” she feels “called to work for justice.”

She asked me not to print her sons’ first names – both attend private schools – or to run any new photos of them. “I’ve been pretty visible but I want to give the kids some modicum of privacy,” she wrote in an e-mail.

Her boys are good students, acolytes at church and working to become Eagle Scouts. “But none of that matters,” Anita said. “My kids are scared. It’s hard enough for me to be scared as a black woman, as a mother who wants to protect them. But it’s summer, the kids should be out having fun and they’re frightened.”

Meanwhile Anita’s “Bicycling While Black” post has received more than 12,000 views and elicited comments from Berwyn and across the country.

In his weekly newsletter, the pastor of their church, Rev. Frank Allen, asked his congregation to pray for the Fridays: “The news and reality of racism that we know in our country through Ferguson, Baltimore and Charleston is alive and well in our community and, truth be known, in our own hearts,” he wrote.

When Anita stopped by, I asked my African American painter, who happened to be working at my house at the time and has painted Main Line homes for years, to join our conversation about racial profiling. “You get used to it,” he said, matter of factly. “The cops used to pull me over all the time but now they know me.” A cousin who just bought a Mercedes has been stopped by police four times in the last two weeks, he added.

(On a personal note, my son’s mixed-race girlfriend says she’s routinely followed as a potential shoplifter when she visits stores in white neighborhoods. She, too, sounded almost blasé about it.)

“We’re all racists,” Anita Friday said, agreeing with Rev. Allen’s assessment. “Anyone who says they don’t see color is fooling themselves.”

Her point is that, of course, we notice each other’s colors; the key is how we respond. “This isn’t just happening to my kids. It happened to snow shovelers [in Lower Merion] too,” she said. “I just want people to stop and think before they react. If that woman was scared, couldn’t she just have asked my sons what they were doing? If she had just stopped to think for a minute, none of this would have happened.”