Last fall brought us The Barn. Next spring comes The Cottage.

Barbara King, VFF’s Queen Bee (and I do mean that kindly – “b” as in b-u-s-y) tells SAVVY that VFF is taking over the building that houses The Area Rug (now closed) and The Village Salon (relocating). The new venture, The Cottage, will trade in two old-timey treats: antiques and ice cream.

Connecting The Cottage to The Barn will be a greenhouse.

And adjoining the greenhouse will be an inviting courtyard to showcase an even bigger array of “very competitively priced” outdoor furniture, fire pits and such. Inviting in the literal sense: if your own patio isn’t up to snuff, you can rent theirs.

The Cottage fills a big hole for VFF, King says: frontage/visibility on the other side of the shopping center. (Is the name a wink and a nod at owner Dorrance “Dodo” Hamilton’s Newport “cottage”?)

To entice us to shop with our feet instead of our fingers, Valley Forge Flowers is propagating a bunch of in-store buds and shoots of late.

In addition to workshops for adults and kids, it hosts hands-on chef dinners in The Barn’s demo kitchen – $100-a-plate affairs that sell out as soon as they’re announced.

It’s also begun offering free group tours of the 10-acre wonderland of gardens and greenhouses next door. Acres that just happen to be where horticulture Hall of Famer Dodo Hamilton hangs her straw hat – when it isn’t hanging at her estates in Boca or Newport. (Better make that “hats”; the elegant 86-year-old famously has a slew of ’em.) 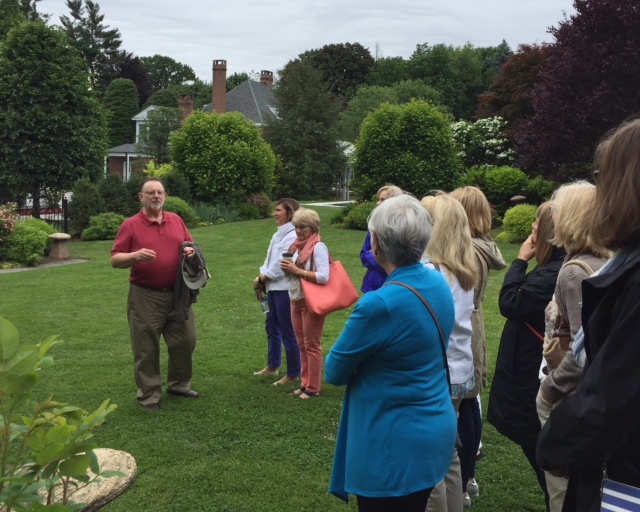 Mrs. Hamilton, of course, owns Valley Forge Flowers and all of Eagle Village Shops – not to mention a bunch of big-time buildings in Philly.

Two fun facts: Fact #1: Barbara King’s parents owned VFF; Dodo bought it from them 22 years ago. Fact #2: Keeping it all in the family, King’s husband, Joe Paolino, has been running Dodo’s estate and gardens for decades. 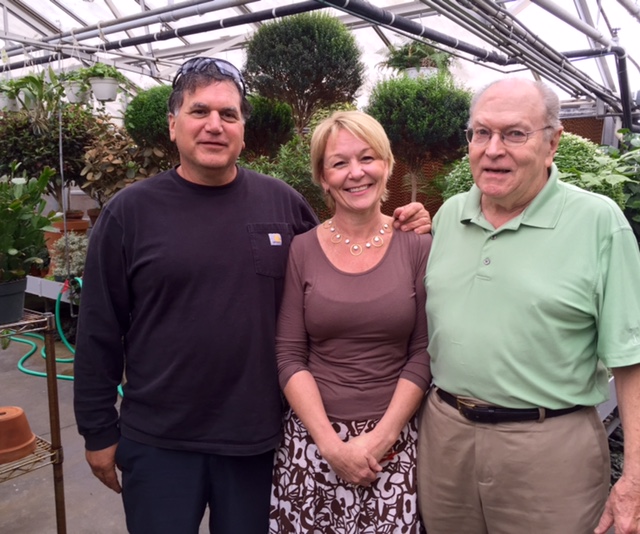 Barbara King flanked by her husband, Joe Paolino, and her father, Jack Hedgecock, who started VFF in 1969.

Mrs. H is said to be up north prepping for the Newport Flower Show. Meanwhile, in these parts King has been on a royal tear of late.

The Martha Stewart of the Main Line and Beyond now presides over a QVC gardening empire, Barbara King Home and Garden. She told me she “worked for years” to get her first TSV (“Today’s Special Value”) on QVC.  On the big day, May 26, her peony “bloom mat” – an outdoor rug – raked in $3 million, selling out 15 hours into its 24-hour run.

Perhaps most exciting of all are hush-hush plans for Dodo’s estate. No need to worry about a passel of empty-nester condos or McMansions on Strafford Ave. Beating about the rosebush a bit, King hinted that some form of public horticulture education is on the drawing board. “Education is the love of Dodo’s life,” King said. Nice.