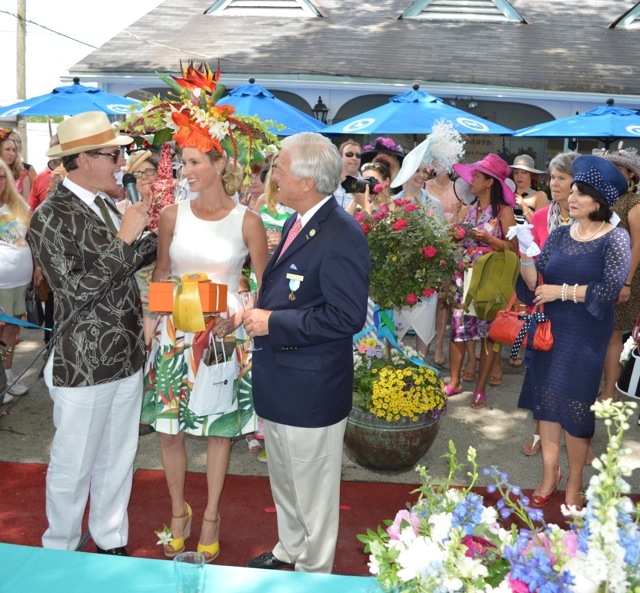 Just when you thought the Ladies Day Hat Contest at Devon couldn’t get any more eye-popping, it does.

More than 100 lovelies – a new record – pranced before the judges at Devon this morning.

Some were seriously vying for the prizes. (A lease on a Jaguar! An $5,000 gold necklace!)

Or be ogled.  (Philadelphia Style took my picture! The Inquirer took mine!)

I’ve judged the Devon hat-off a handful of times over the years. This time I didn’t judge but brought the SAVVY cam to scope out the head turners: 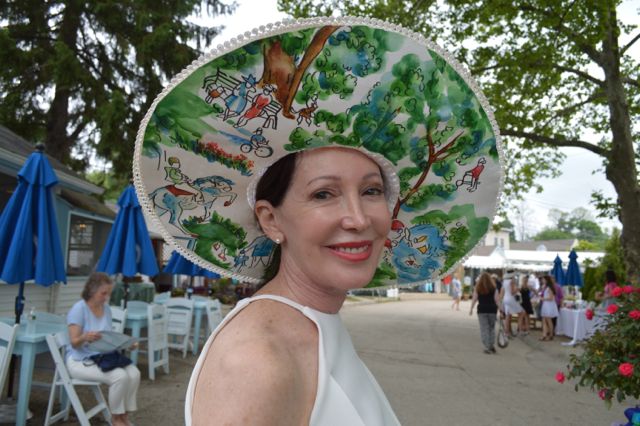 Art teacher Pamela Targan painted a watercolor of Devon scenes inside the brim of her hat and on her handbag to win “Best Hat and Purse.” 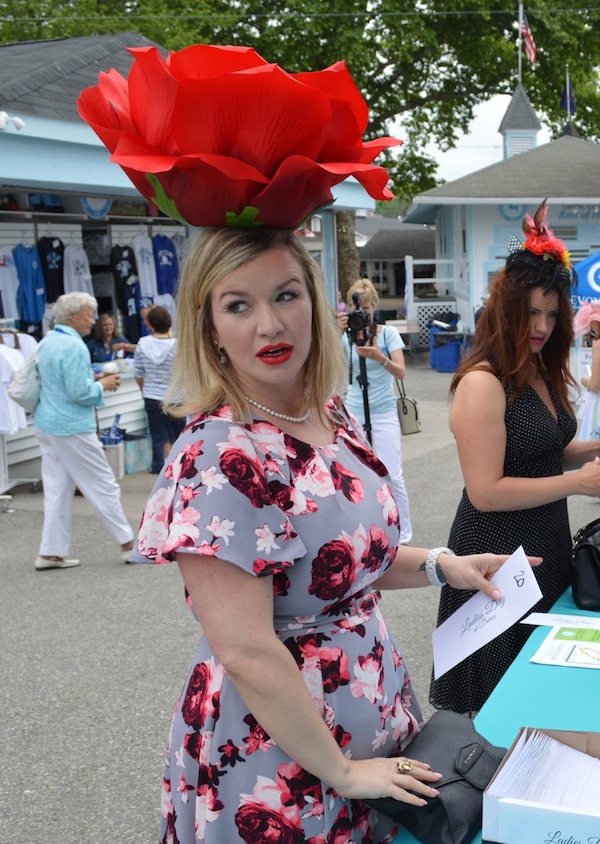 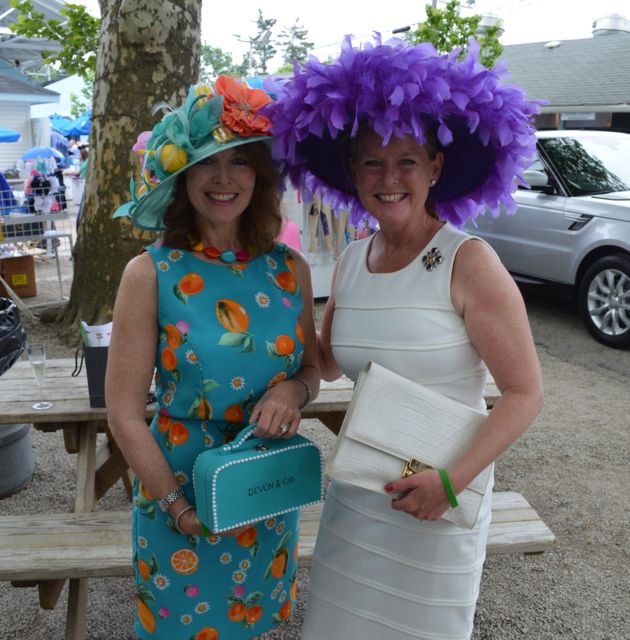 “When life hands you lemons, you make a hat,” Carson quipped, as he named Patti Lynn Fitzgerald “Best Hat to Toe” for her fresh-squeezed frock and lemon-stick hat. Pal Carolyn Krichman wears a USA-made vintage wool hat (under the feathers). 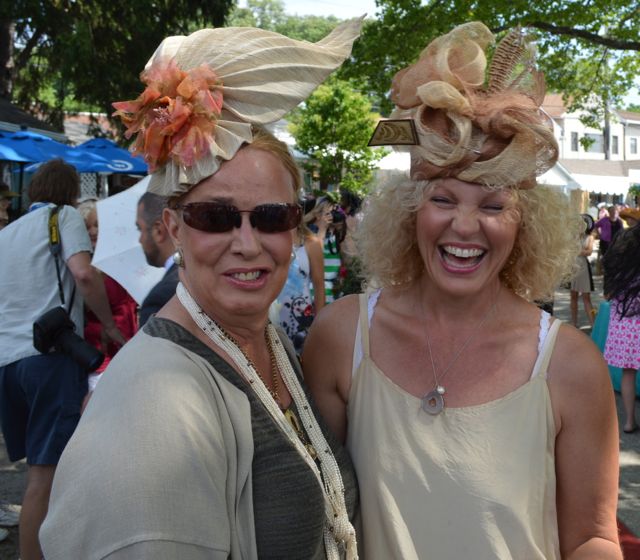 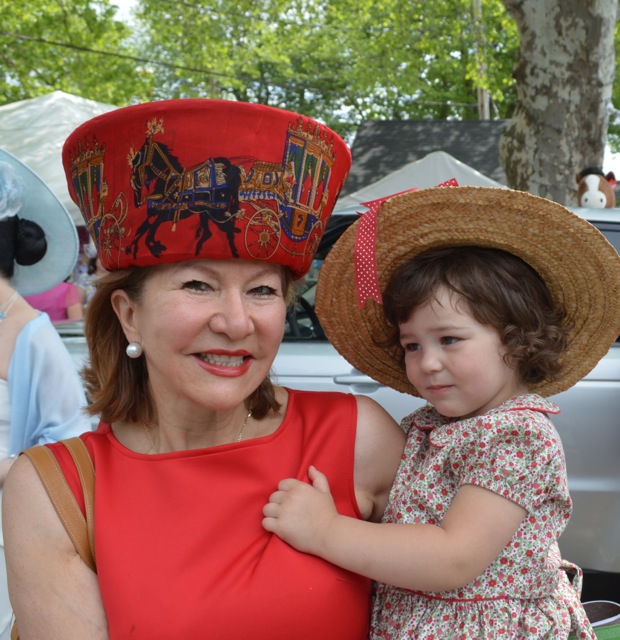 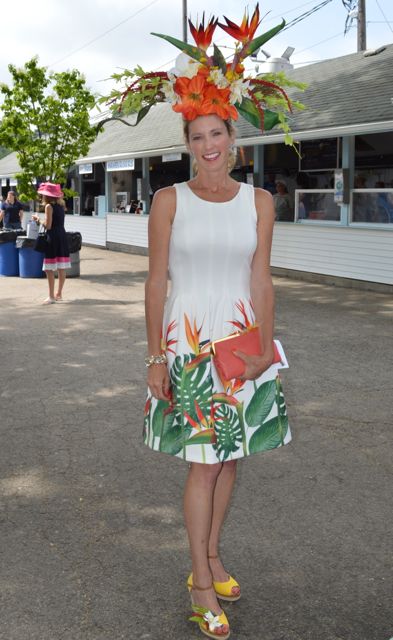 Multi-year winner, Amy Holzapfel, was awarded “Most Fascinating” for her homemade Birds of Paradise fascinator, paired perfectly with an Ivanka Trump dress. Birds of Paradise are near and dear to Amy – a reminder of Hawaiian travels and her father’s signature gift. 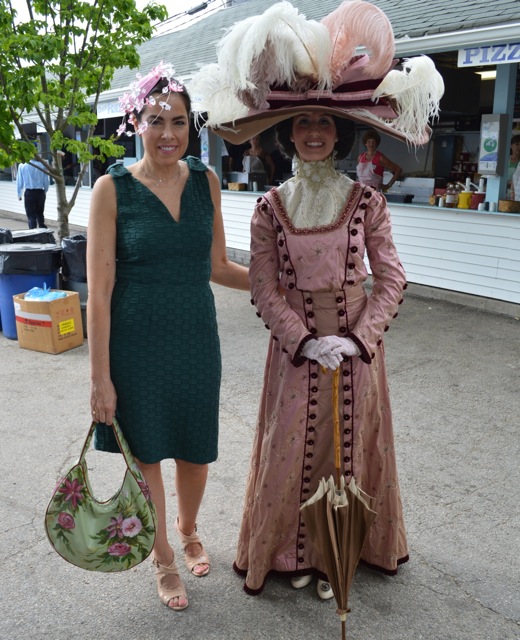 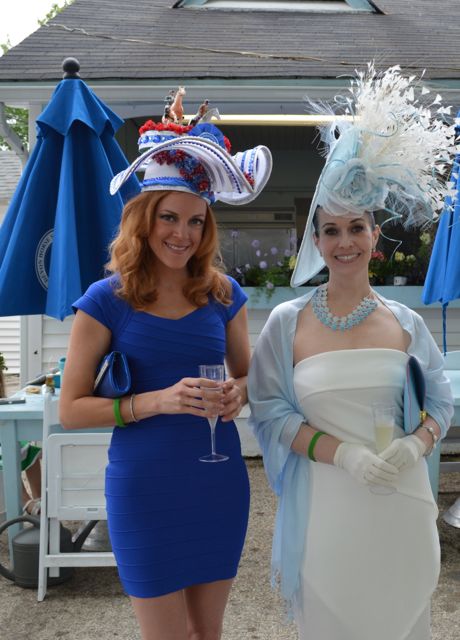 Former hat champs Robin Sweet and Tiffany Arey turned out in their signature styles: whimsical horsey for Robin and drop-dead elegant for Tiffany. Both make their own hats each year. Tiffany plans to make it a business. The explosion of white feathers is Tiffany’s take on a champagne bottle uncorking in celebration of Devon’s tradition of excellence. 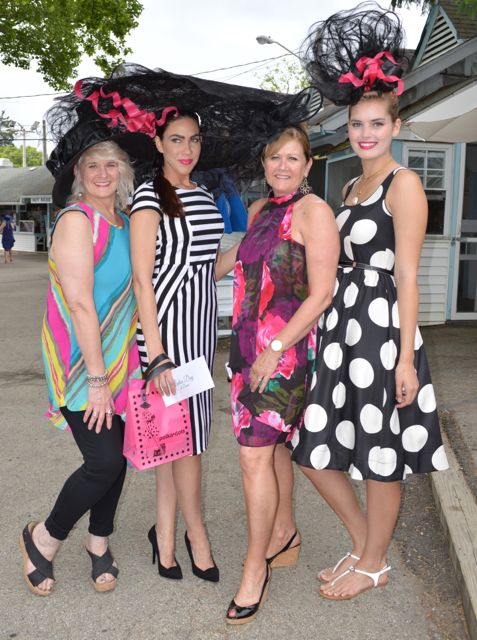 Get a load of these ALL HUMAN HAIR toppers – worn by Megan DiLoia (second from left) and Jenny Larkin (right) and created by Heather Hayman of Studio H in Paoli (left). The dresses and color scheme are courtesy of Polka Dots Boutique owner Susan Randels (second from right). 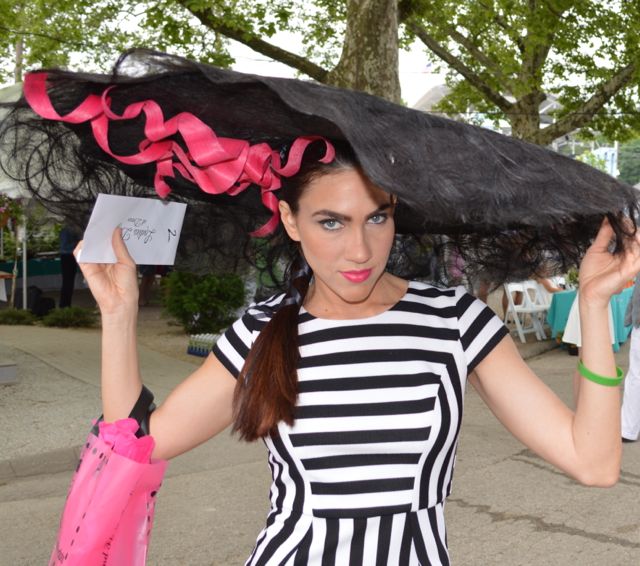 A closer look at the Megan’s hairy head. 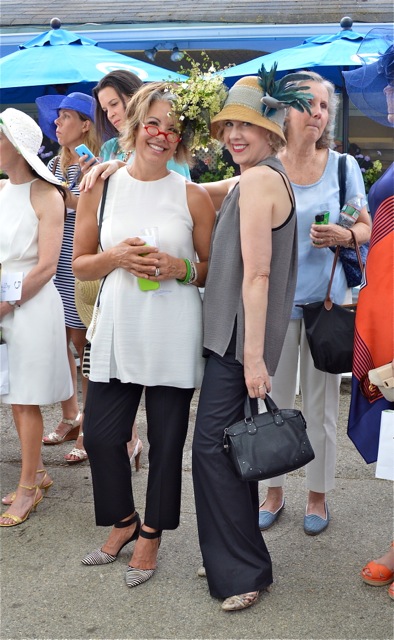 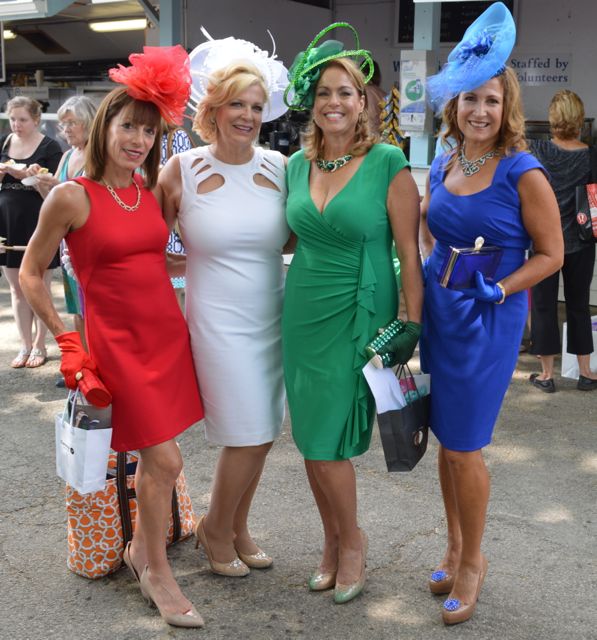 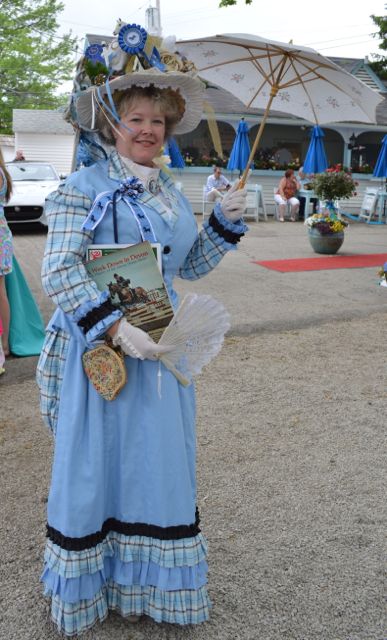 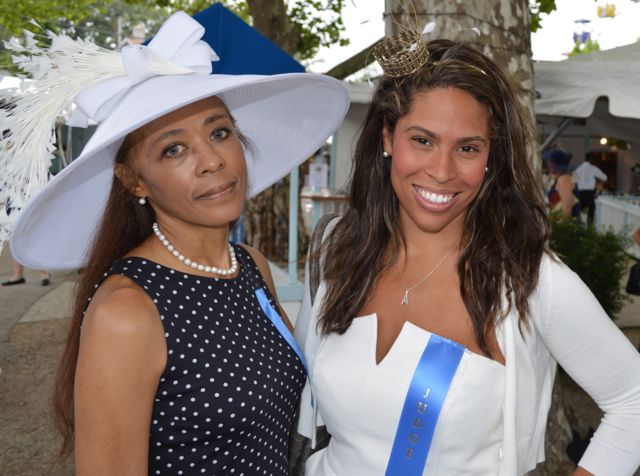 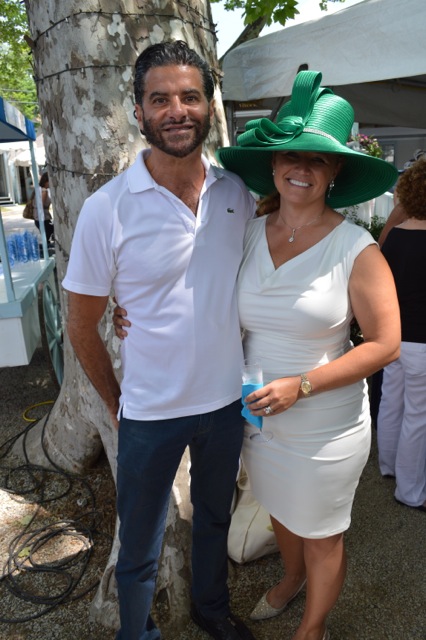 No lid but some stylish stubble on the head of Carson Kressley’s longtime boyfriend John Guerrera, a RE/MAX realtor in Exton who was hanging with real estate investor Nancy Wood. Guerrera told me his friendship with Carson goes back 30 years – since their days working at Ralph Lauren together.