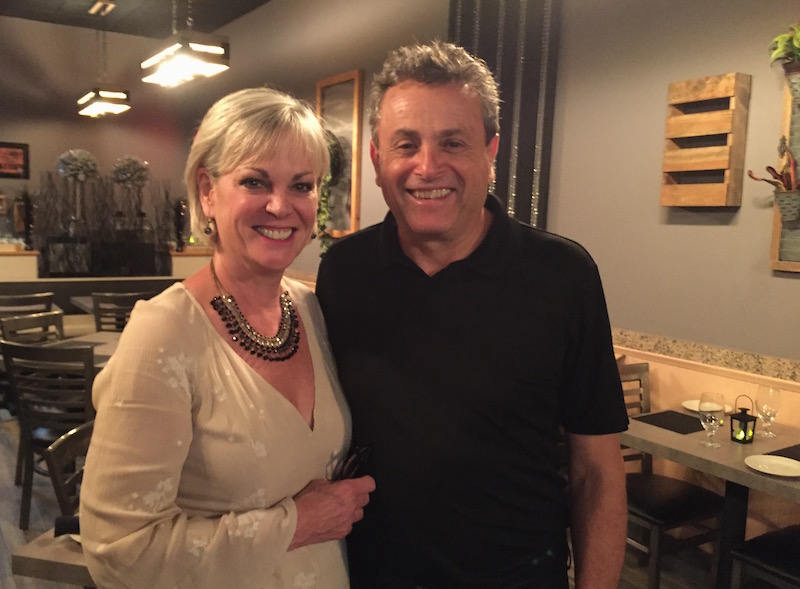 Get past its somewhat hard-to-remember name and there’s lots to like about Bryn Mawr’s new Sontuosa BYOB.

Spanish for “sumptuous,” Sontuosa is doing a brisk business at the old Bravo Pizza space on Bryn Mawr Ave. near the train station. 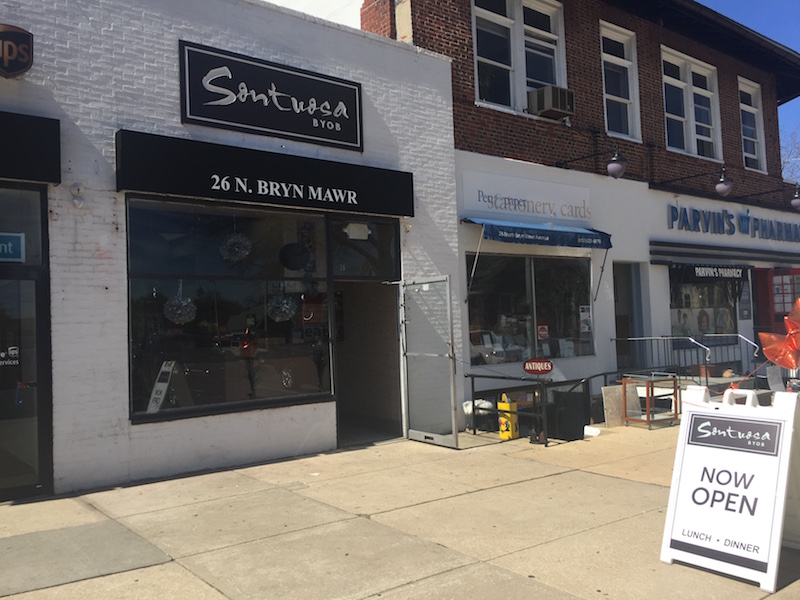 The vibe: Upscale, pizza parlour-ish out front, glitzier in the rear.

The menu: All over the place but in a good way; dishes are Mexican, Italian, French and American. We’re still working up the guts to try Sontuosa’s signature bone-marrow pizza but can vouch for other goodies: the tart arugula salad ($9), the head-of-romaine Caesar ($14), the eggplant ($18) – an old family recipe, and the grilled skirt steak over parsnip puree, salsa verde and sun-dried peppers ($25).

Also worth the calories: The housemade chocolate panna cotta and icy cantaloupe granita.

Sontuosa’s owner is Newtown Square nice guy Ernesto Guzman, a Mexican import who’s worked with some of Philly’s top chefs for decades. “I didn’t want to die without opening my own place,” Ernesto tells SAVVY.

Fun Fact: he once roomed with nearby Xolo Tacos’ owner Carlos Fink when the two worked together.

What Am I Drinking in Bryn Mawr 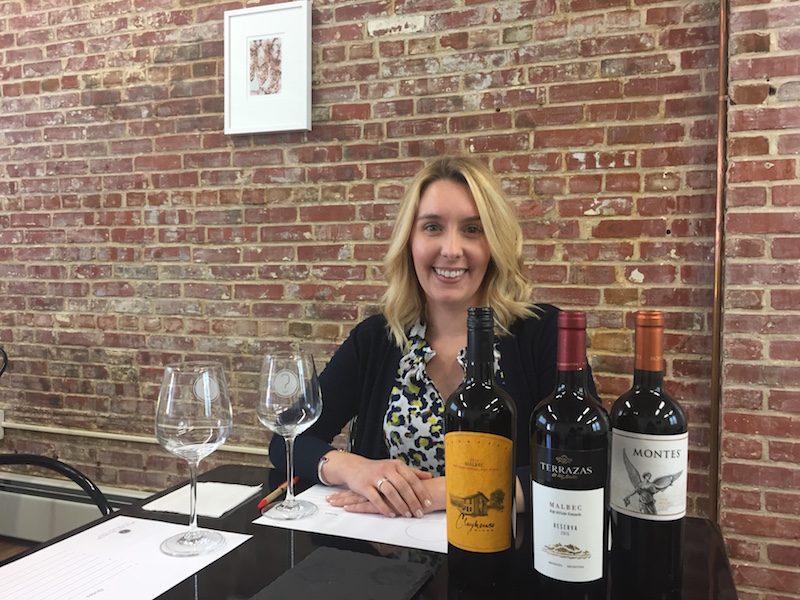 The Main Line has its first, dedicated wine studio.

Just opened in Bryn Mawr, What Am I Drinking offers wine-tasting classes and private parties: Everything from “Wine Pairing Basics” to deep dives into, say, Malbecs.

The focus here is on fun – and if you learn a little sumpin’ sumpin’ along the way, all the better.

Those looking for sometimes unfathomable lessons about “bouquets” “notes” and “noses” might want to stop and smell the rosé elsewhere.

“Casual, not stuffy” is how owner Serena Zelezny describes her classes. “People think wine’s difficult to understand,” she tells SAVVY. “But it’s just not that hard. Wine is personal; it relates back to your memories.”

Serena’s a former journalist who started moonlighting in tasting rooms during the Santa Barbara Sideways boom and never stopped, earning advanced certifications in wine education. She’s been an itinerant wine presenter at corporate retreats and conferences since she and hubby moved to Bryn Mawr two years ago.

Her new studio, tucked away on side street near the movie theater, allows her to stay put. But we doubt she’ll be putting her feet up anytime soon: WAID is strictly a one-woman show.

To catch the drinks-before-dinner crowd, classes usually begin at 5:30 p.m

As for Serena’s own preferences, the world may be mad for Malbec and Sauvignon Blanc but Serena smitten with the “Rhone palate” – Syrah and Grenache. (Her hot tip: Look for White Bordeaux to muscle into the in-crowd soon.)

Among local wineries that grow their own grapes, she likes Penn’s Woods in Chadds Ford and Va La Vineyards in Avondale. Both do admirable jobs tending to their vines in PA’s schizoid climate, she says.

Longporters have all the luck

Shore is no fun having your beaches under massive construction in the height of summer.

In what some have called payback for kicking and screaming when NJ decided to put a dune barrier along its shoreline, Margate drew the short straw. Its beaches and dunes will be under construction by the Army Corps of Engineers from July 13 through Sept. 20.

Faring only slightly better is Ventnor, where crews will work June 8 – July 12.

And lucky little Longport won’t see a truck until fall.

Margate has been mum since the schedule was announced. Not so Ventnor. After going along with Gov. Christie’s massive post-Sandy plans from Day One, Ventnor’s finished being Mr. Nice Guy. Politicians, restaurant owners, realtors, even the ice cream man are kicking up sand over the project’s likely impact on Ventnor’s concerts, surf camp, July 4th parties and such.

The state, meanwhile, says it’s not budging on a project that’s long overdue and already funded.

Now screening in Ardmore: Cranes, Trains and Automobiles  …. and Target? 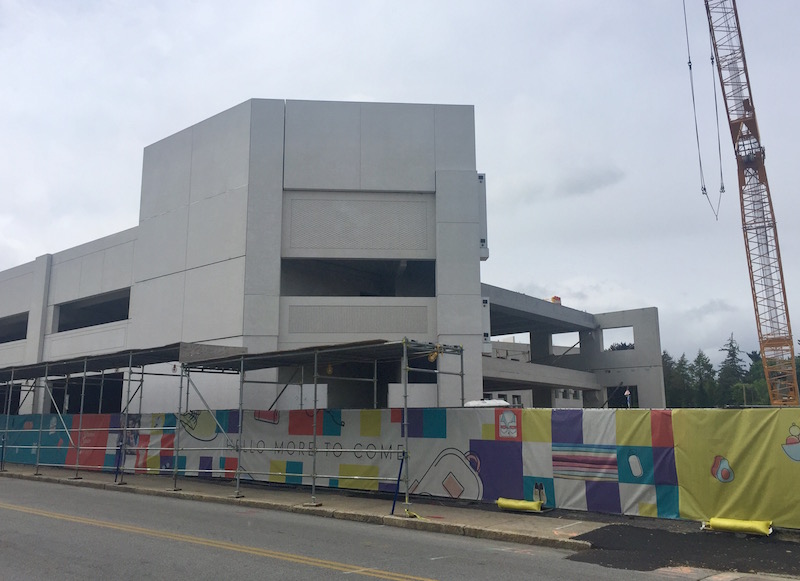 The parking garage under construction on Coulter Ave.

Clearly, Ardmore is where the action is.

Township planners last week gave lukewarm approval to a plan for another mega mixed-use building. This one would sit six stories high in the heart of Suburban Square next to the new parking garage: 158 apartments, ground-floor retail, and two levels of below-grade parking. 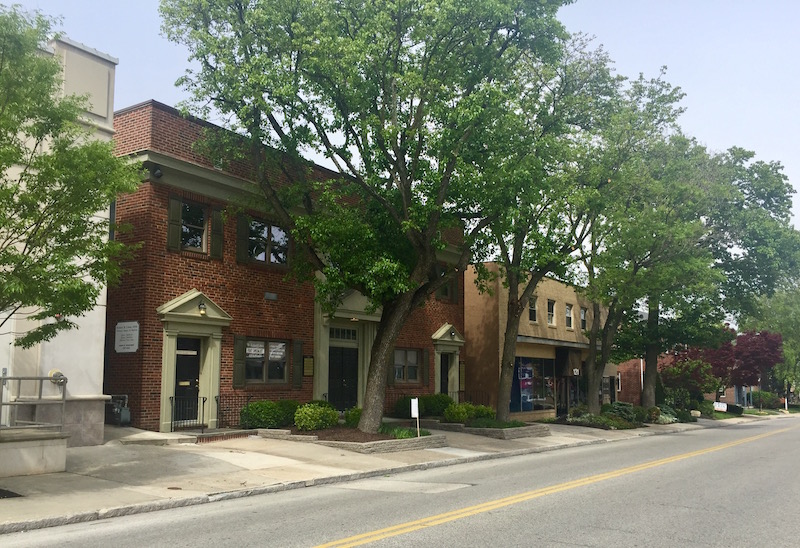 Urban Outfitters and this adjoining string of office buildings, including Marlyn Schiff’s showroom, would be demolished.

The new building would sit squarely in the township’s MUST (Mixed-Use Special Transit) zone. You know: where you can walk everywhere or hop on trains and live without your car.

If you say so.

Neighbors griped about traffic and parking so planners asked Suburban Square owner Kimco to perhaps downsize its ambitions a bit before bringing blueprints to Lower Merion commissioners, aka the folks with the real teeth in such matters.

We’re hearing, too, that Target hopes to put one of its small-format stores on the long-vacant lot at Lancaster and Ardmore Aves. The developer was sent back to the drawing board after presenting a building plan that “harkened back to a Soviet prison,” LM Commissioner Phil Rosenweig tells SAVVY. Apparently he said as much at the meeting. Target wasn’t mentioned but multiple sources tell us that’s who wants to move in.

For the record, here’s what’s under construction – or soon will be – in Ardmore: One Ardmore Place on Cricket Ave., the Cricket Ave. apartment/retail building across the street, Suburban Square’s parking garage and new stores, and a swanky Life Time health club and West Elm in the old Macy’s. (Write if we missed any.)

Let the Good Tails Roll. Introducing… The Dog Show at the Horse Show 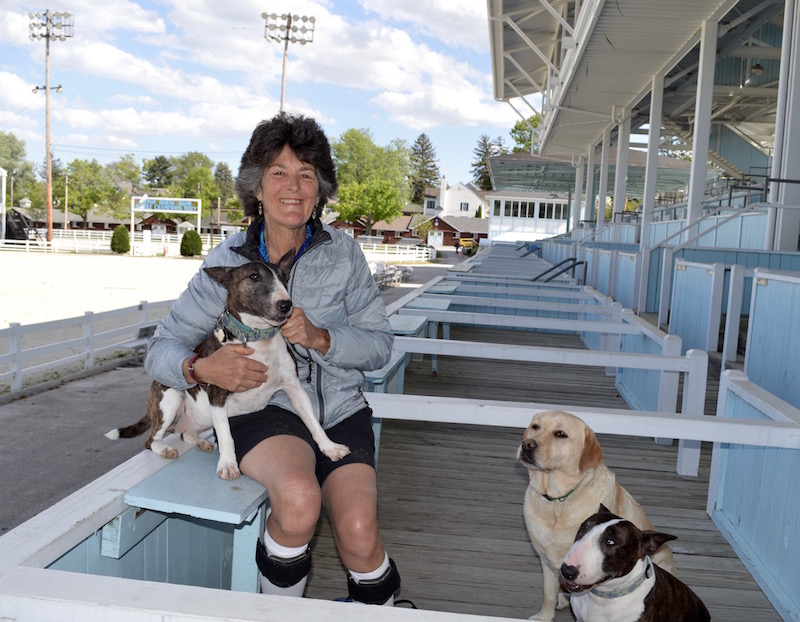 What a Good Dog’s Mary Remer and her furry friends in her box at Devon.

After watching horses have all the fun for 120 years, dogs will finally have their day at Devon. The first Dog Show at the Horse Show will take over the Dixon Oval on May 25.

Despite its storied setting, this is no fancy-pants show. Just a chance for local folks and junior riders to have a little fun with Fido. On the cheap, too. Devon’s free after five that night and dog-show entry fees are nice ’n reasonable.

Competition will be spread over six classes, including tricks (yay!) and the one we’re panting to see: the costume parade of dogs dressed in their Devon-themed best – the next best thing to the Ladies Day hat show.

Prizes aren’t too shabby, either: up to $1000 in cash and a chance to have your name engraved on the Hope Montgomery Scott Gold Cup for posterity.

Presenting the show is What a Good Dog (WAGD), the boarding, training, grooming and rehab complex in Frazer.

Top dog there is Mary Remer, a world-class trainer and the granddaughter of legendary horse show friend Hope Montgomery Scott (inspiration for The Philadelphia Story).

For years, Hope and Mary would enjoy together the dog parade at Devon’s Gold Cup (now the Fall Classic).

For Mary, the dog show has both sentimental and philosophical impact. “Dogs are part of the fabric of our lives and our communities,” Mary tells SAVVY. “A show like this lets families have fun with their dogs. It nourishes and enriches bonds between dogs and people.”

In other words, a dog show at the Main Line’s signature event? Just what the vet ordered.

The Dog Show at the Horse Show will be held Thursday, May 25 at 7:30 p.m. on the Devon Horse Show grounds. Register your dog for just $5/class or $10/unlimited.

P.S. Last shopping day for Devon is this Friday, May 12, 10 to 8 at Malvern Saddlery or online. Cocktails and Aneu bites from 4 to 8. $20 gift card if you spend $100. (Sorry, no saddles or gift cards.) Ten percent of sales and 10% of Aneu catering orders placed that day will be donated to the Devon Horse Show and County Fair Foundation.

Larry Kane kibbitzes about the Beatles 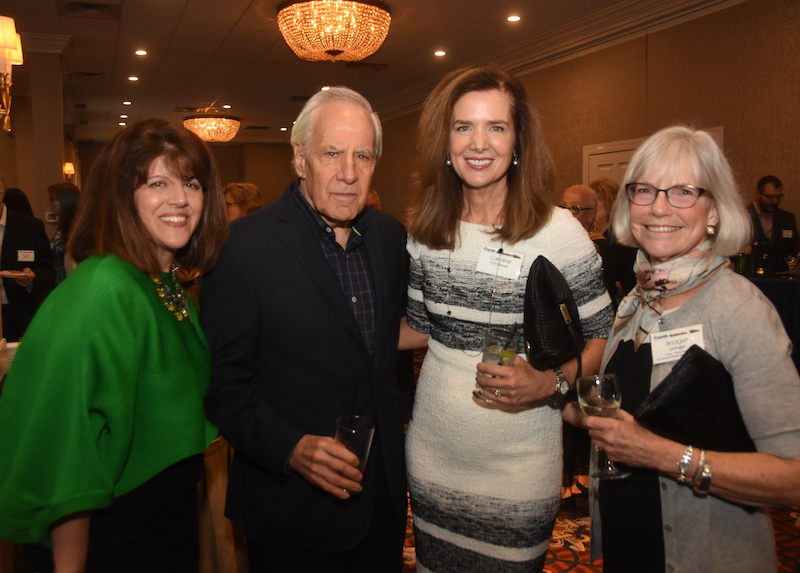 If you get a chance to hear legendary news anchor, Larry Kane, talk about the Beatles, get there.

We did – when the Friends of Einstein Healthcare Network hosted a spring dinner with Larry.

In stunning detail, the newsman, 74, dished on his magical, (now-somewhat-less) mysterious tours with the Beatles in the ’60s.

Einstein Friends ate it up and left hungry for more. Their plan: To watch Eight Days a Week: The Touring Years, the Grammy-winning film inspired by Larry and produced by Ron Howard.

Forget the Fab Four – we hear Larry steals the show.

1. A gift card to get her SUV detailed in the driveway. Eco-friendly, too. 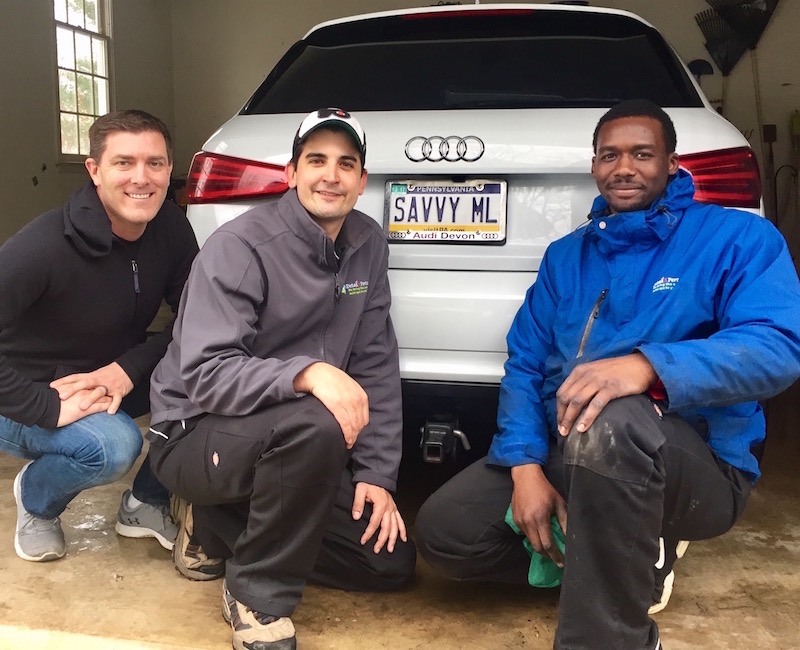 The Detail XPerts of Chester County hand wash and wax, then use powerful, hot steam cleaners to suck out dirt and sanitize interiors. Taking years of hard riding right off your car.

Better yet, they use all-organic cleaners and minimal water, leaving no groundwater-polluting puddles or stains. 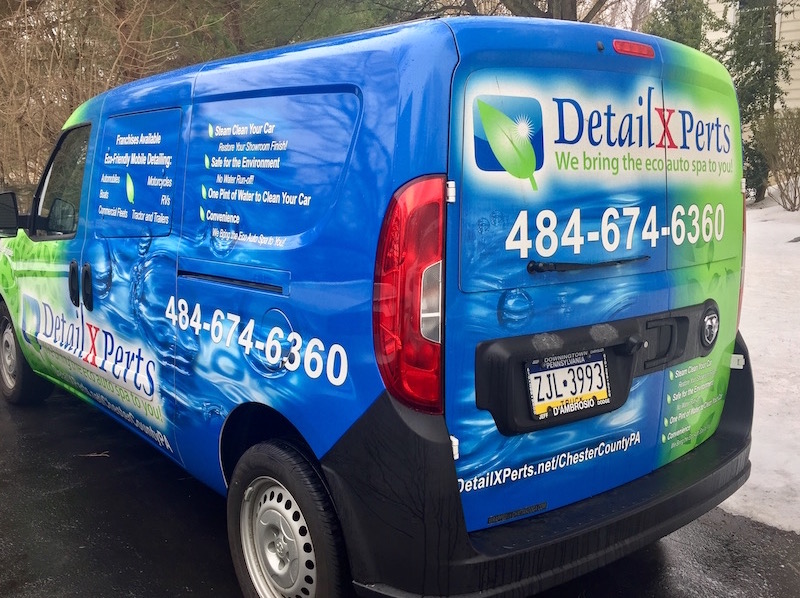 2. Because clothes tell our stories, commission a Once Upon a Time Creation. 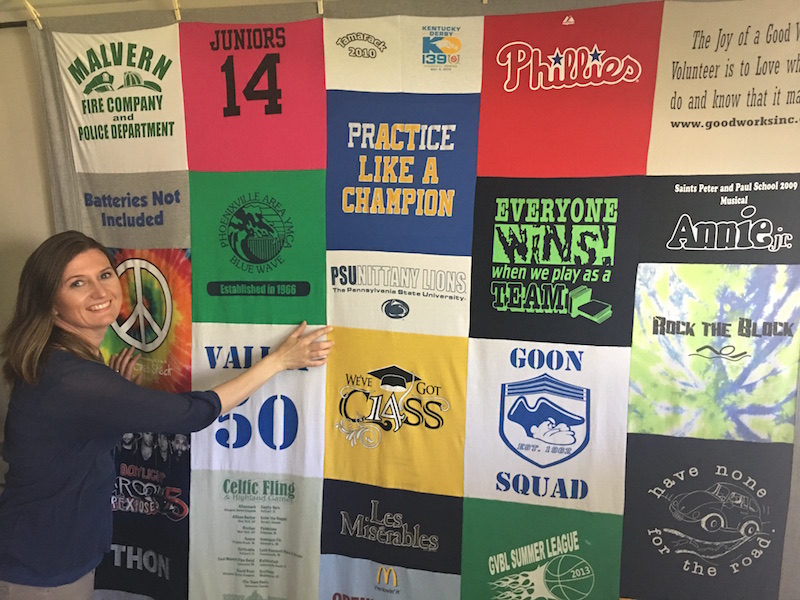 Once Upon a Time Creations owner Jennifer Anderson with a t-shirt memory blanket. 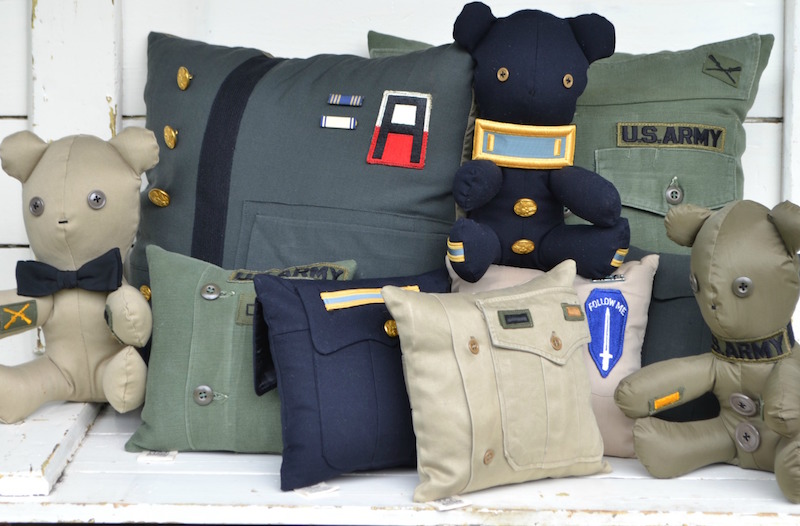 Sentimental and singularly sensational. Book a consult with Once Upon a Time Creation’s Paoli studio and/or buy a gift card.

3. Get her glowing with a Cryo CooLifting facial.

Lines were out the door when the space-age treatment made its spring Main Line debut at The Day Spa at Zsuzsanna in Wayne.

Basically, your face is sprayed with supercold carbon dioxide (minus-79 degrees F) that’s been mixed with moisturizing hyaluronic acid and botanicals. Zsuzsanna tells SAVVY that overloading the skin with CO2 makes oxygen rush to the rescue, promoting collagen growth and tightening the skin . No needles. No downtime. Five minutes. 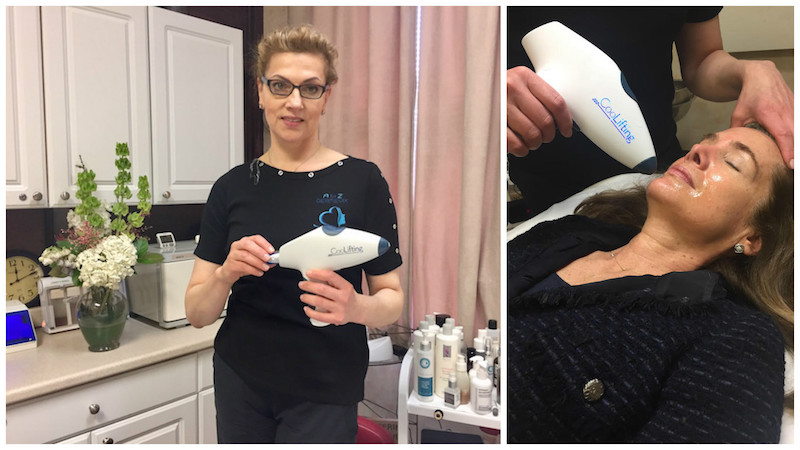 Had our own test run and noticed a new radiance, plumping and softened lines. Nice.

4. Give them what the world needs now: love sweet love … in a jar. 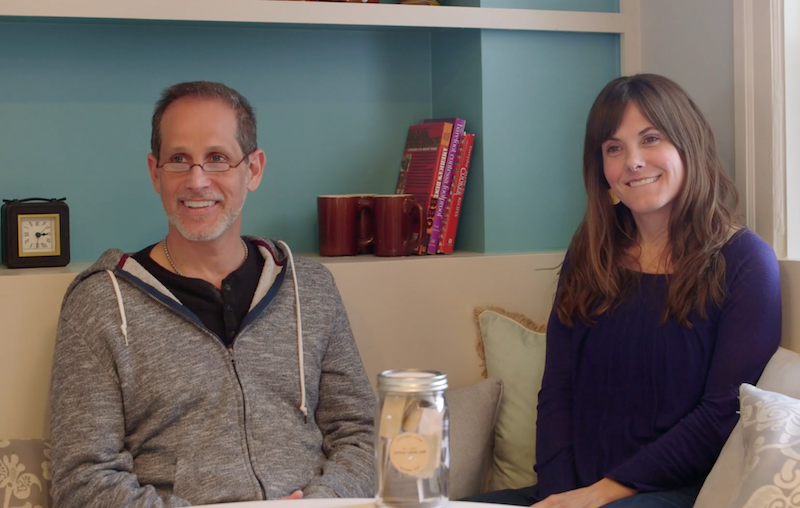 You buy a jar, then share an online link for family/friends to submit heartfelt notes. Little Love Jar assembles the notes in the jar, wraps it with TLC, and ships to your doorstep. Alas, it’s too late for Mother’s Day orders but there’s still time for coaches, birthday girls, grads and dads. Pre-order online. A kickstarter (ending May 10) will fund automation.

5. Buy a locally-penned book for your budding entrepreneur, Shirt Tales: The Stories behind a Successful Startup.

Or buy a “One Shirt” Kings Collar gift card for $195. (Pssst, Nancy will be signing books at a free meet-and-greet May 16, 6-8 p.m. at Ardmore’s Tropicraft Patio Furniture.)

And finally, a shoutout to our new pals

A big thank you to three new businesses supporting our little adventure in fun and relevant community journalism with SAVVY ads: Autograph Brasserie/White Dog Café, Purenergy Studio in Paoli, and the Devon Horse Show and Country Fair. Visit them early and often!