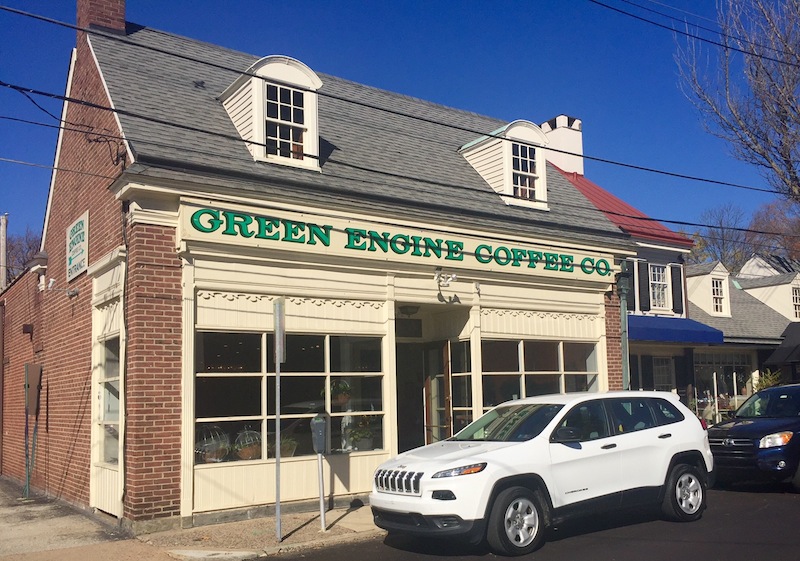 I’ve long contended that the eastern Main Line was ripe for new Coffee Shops Not Named Starbucks. So naturally, I’m pleased to report that after a string of “soft opening” days in low gear, .Green Engine Coffee Co. is going full throttle in Haverford.

I dropped by Green Engine this week and liked what I saw: sunny bay windows, a plush couch and fireplace, re-purposed church pews and a most unusual piece of hanging art – an 81 sq. ft. “living wall” of ferns. 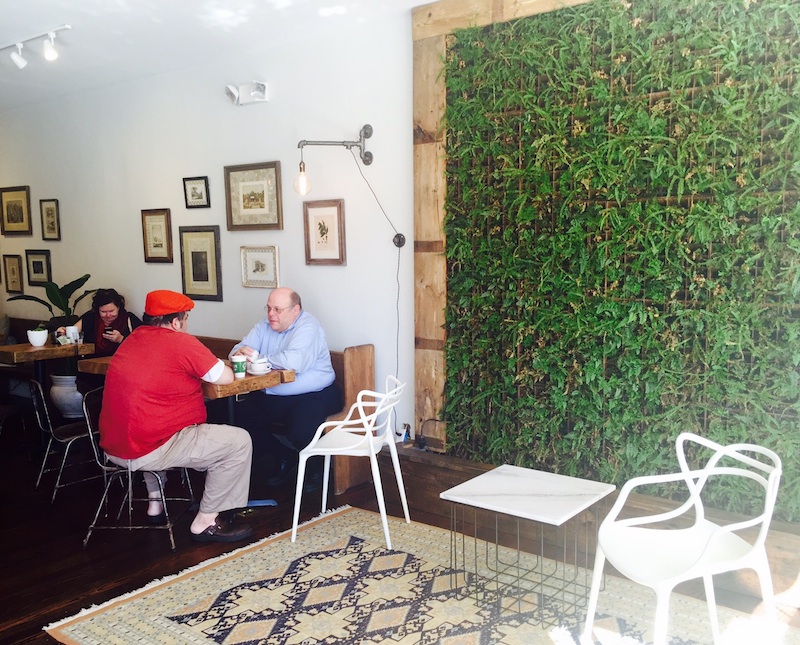 The cafe’s owner is wine, coffee and sustainable living aficionado Zach Morris, a Penn grad who will continue to moonlight as a teacher at the Wine School of Philadelphia. 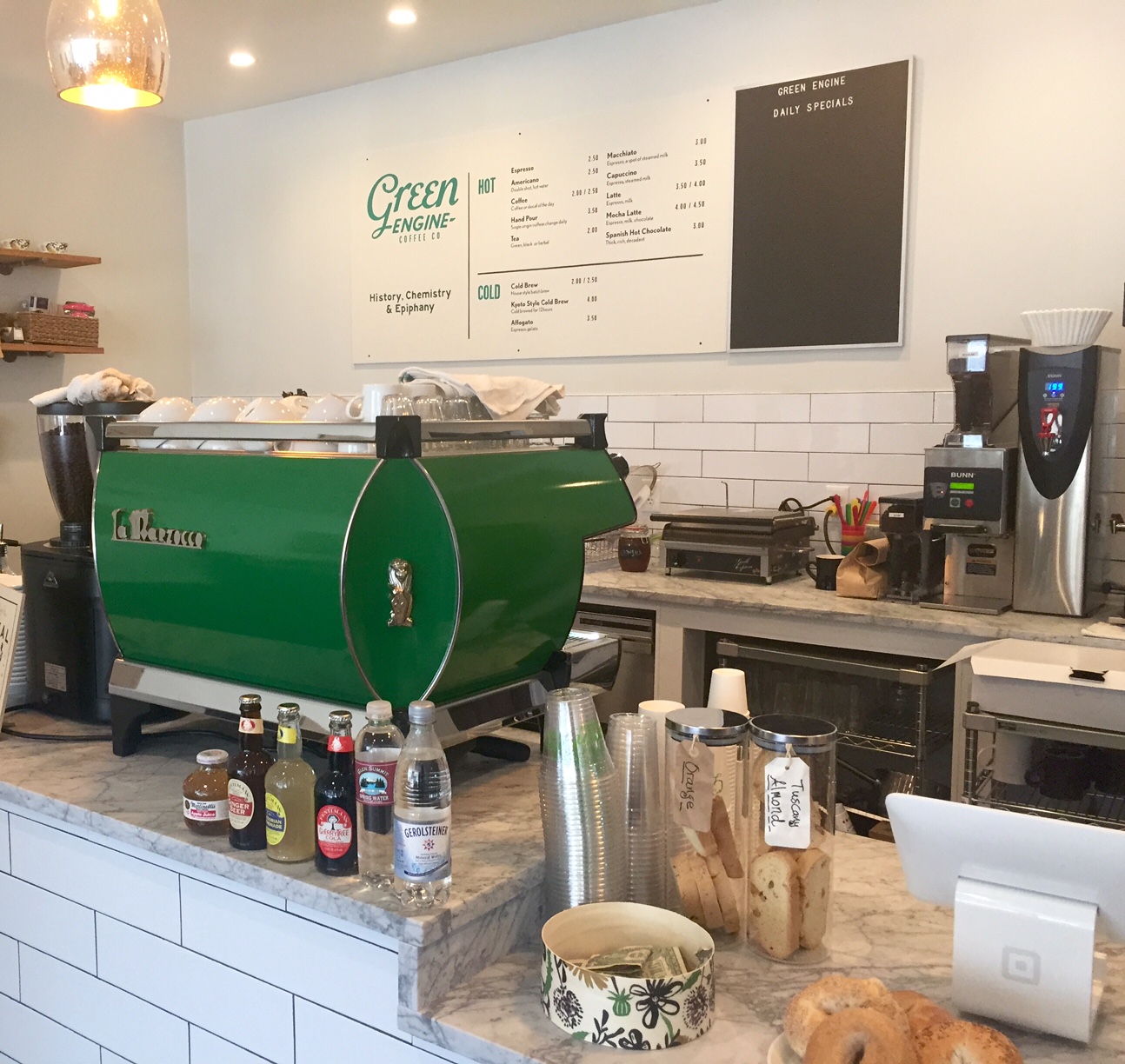 Green Engine is named for its eye-catching emerald espresso machine, handmade in Florence, that sits atop the marble coffee bar. An intricate glass gizmo imported from Japan will make trendy (and less bitter) cold brews.

Encouraging news for those of us pining for Marc Vetri’s pizza and pasta out here in the ‘burbs. Devon Yard, the mixed-use proposal for the old Waterloo Gardens site that includes not one but two Vetri restaurants (!), took a big step forward this week.

The Easttown Township Planning Commission approved Urban Outfitters’ revised site plan and sent it along to the Board of Supervisors for their OK. Among those planning to occupy the Yard are a Pizzeria Vetri and Vetri’s more upscale Italian concept, Amis, along with a Terrain garden center and café, an Anthropologie, 130 upscale apartments and a rear parking garage. Here’s hoping the project gets a swift thumbs up!

Harvest Seasonal Grill and Wine Bar is coming to the old Susanna Foo spot in Radnor.

If you like Seasons 52, you’ll love Harvest’s organic, farm-to-table, mostly under 500-calorie menu, 50+ wines by the glass, local craft beers and seasonal cocktails. 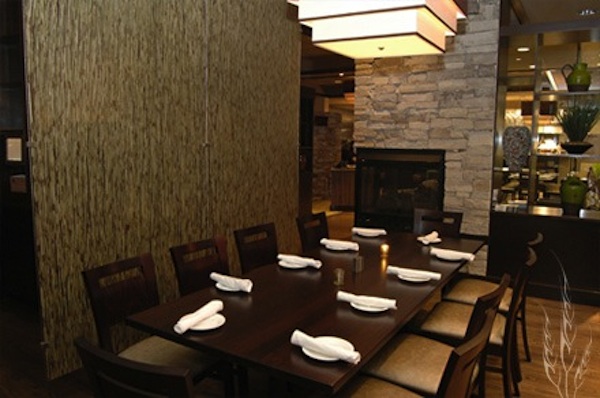 Part of the fast-growing Dave Magrogan Restaurant Group, Radnor will be Harvest’s sixth outpost; the original is in Glen Mills.

The company has BIG plans for Radnor: a 50-stool bar, 200 seats inside, patio seating for 100 and private dining areas both inside and out. Look for a spring 2016 opening.

This is serious business. The students face felony charges as well as school district disciplinary action. If you can stomach it, you can read about the whole sorry mess here. For tips on talking to your kids about sexting, check out this Main Line Health article.

Kudos to T/E schools for quickly announcing plans to begin training middle school students in the appropriate use of technology and how to respond if they see it being used inappropriately. In partnership with the non-profit group ARCH (Area Residents Caring and Helping), the school district will also host an information session for parents on Dec. 14.

The western Main Line’s suddenly overcrowded fitness scene has sustained an early casualty. After a 20-month run atop Devon Lanes, Fit Fire Studios has flamed out.

“We’d keep going if we knew we could break even soon,” owner Jenny Au tells SAVVY. “But we ran out of time and simply couldn’t make up 20 months in the red.” 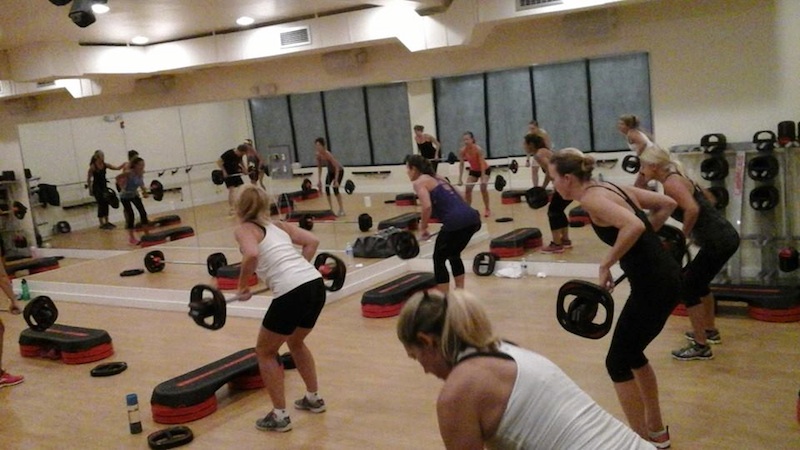 A body pump class at the now-defunct Fit Fire Studios in Devon.

Jenny says her inbox “exploded” with words of appreciation and support as soon as she notified her 200 clients via email that she was pulling the plug Oct. 26.

Jenny recommends that Fit Fire folks check out the Paoli fitness studio, Purenergy, which offered a free trial this week and will honor some unused Fit Fire class credits. Purenergy is also offering 30 percent discounts on class packs. In another gracious gesture, Purenergy has hired at least three of Fit Fire’s 18 instructors.

The Upper Main Line Y Group Exercise program took a bit of a hit when Jenny, several staffers and a bunch of members defected to Fit Fire in early 2014. But nearly two years later, the Y appears to have rebounded nicely and will no doubt welcome Fit Fire refugees with open arms.

A SAVVY shoutout to Gingy’s owner Jean Tremblay who presented a check for $2,200 to Home of the Sparrow at the Chester County women’s shelter’s recent fashion show. The check represented 10 percent of proceeds from the sale of the boutique’s “Sparrow” dress, one of five dresses in Jean’s eponymous Jean G. Designs line that benefits area charities. Gingy’s has stores in Malvern and Stone Harbor.

Tell them you’re “shopping for Devon” next Thursday (Nov. 12) at Trove in the Paoli Shopping Center and a portion of your purchase will benefit the horse show. Your name will also be entered in a drawing for a pair of indestructible Dubarry boots, much coveted among horsey types. Libations and light fare will be served from 5:30 to 7:30.