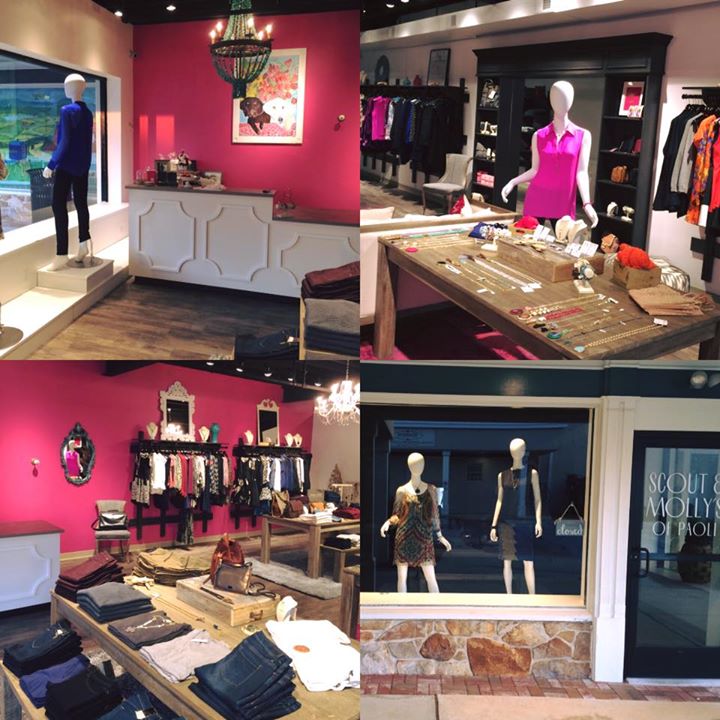 Prices vary. Some pieces are quite affordable but many are in the mid- to high range. Put it this way: You can pick up a pair of skinny jeans for $80 or for $180.

Paoli is the latest franchise location for a boutique concept that started in Raleigh, N.C. in 2002 and expects 30 stores by the end of 2016, including two more in our area. A lease is being negotiated for space near Kelly’s in Bryn Mawr and another S & M will open shortly in Glen Mills’ Glen Eagle Square.

The Paoli franchise is owned by a West Chester artist-turned-entrepreneur Elena Samane. 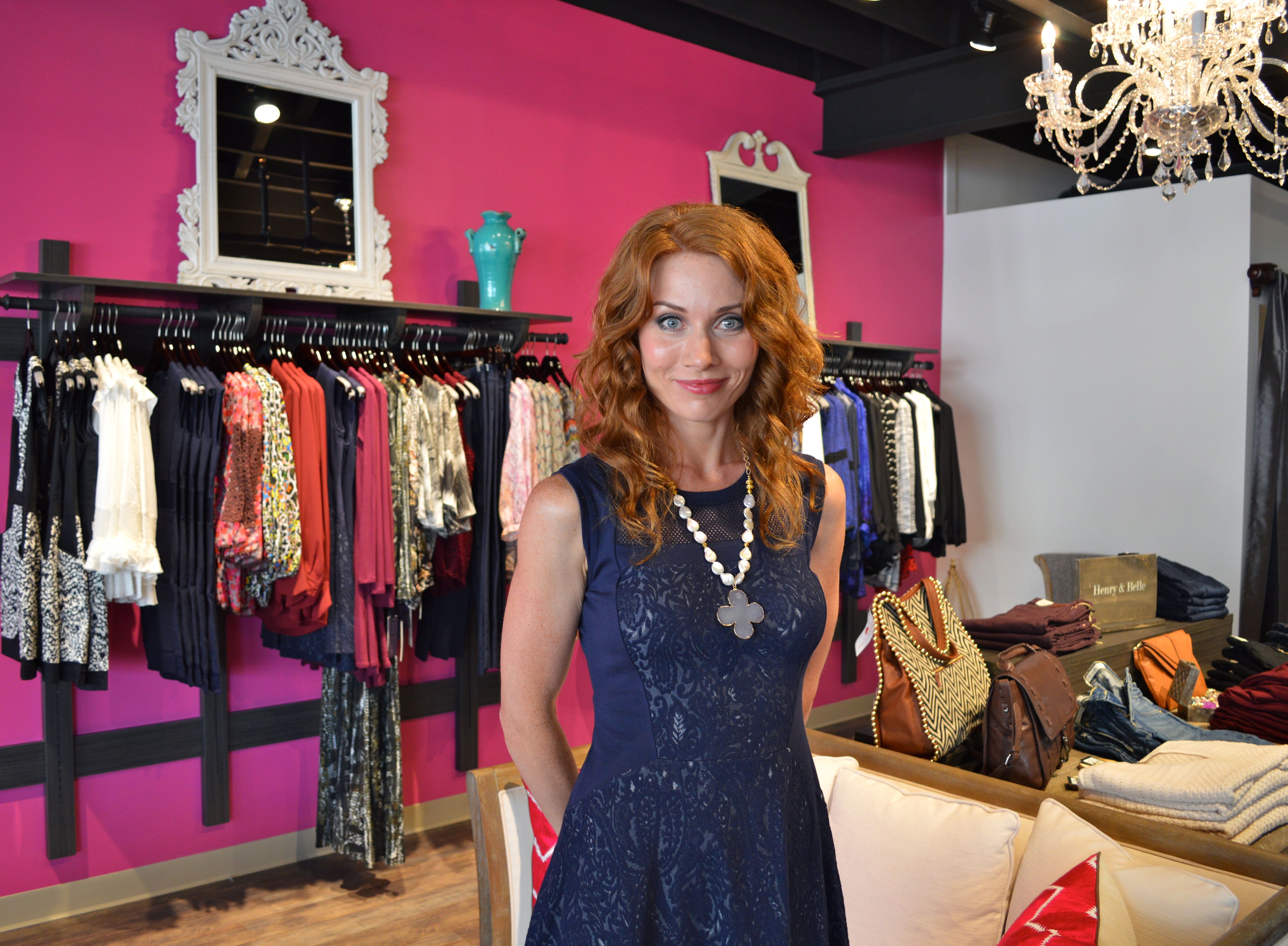 While her target customer is 25 to 55 and sizing is 0 to 12, Elena promises to have “something for every body shape and age group.”

And why Paoli? “There’s on-site parking. Plus, I love that women can easily walk from one great store to the other,” Elena tells SAVVY. “The more boutiques, the better.”

Sure hope so – for everyone’s sake. 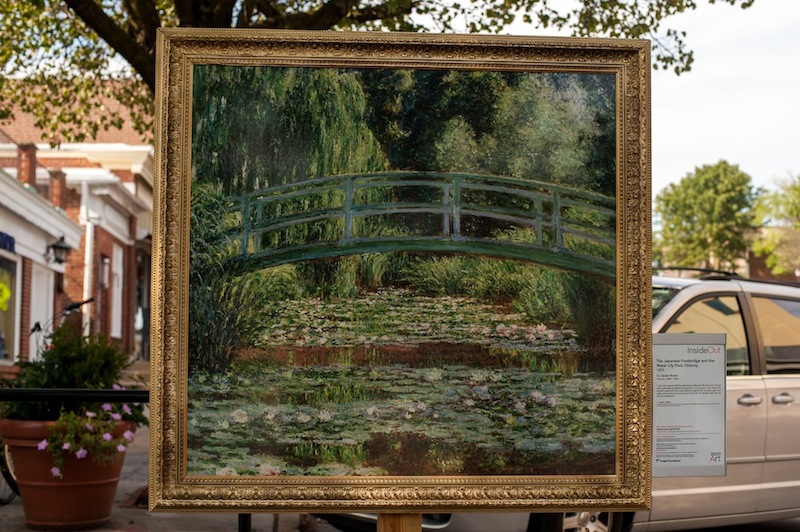 A Monet stands proudly at the corner of Lancaster and N. Wayne Ave. (Photo by Lisa Florio).

Is anyone else doing double takes in Wayne these days? There’s something undeniably cool about stumbling upon a Cezanne by the train station, a Monet near Wayne Jewelers, a Miro outside the Great American Pub and a Grant Wood on the Radnor Trail – to name just 4 of 12 masterpieces currently sprinkled around town. 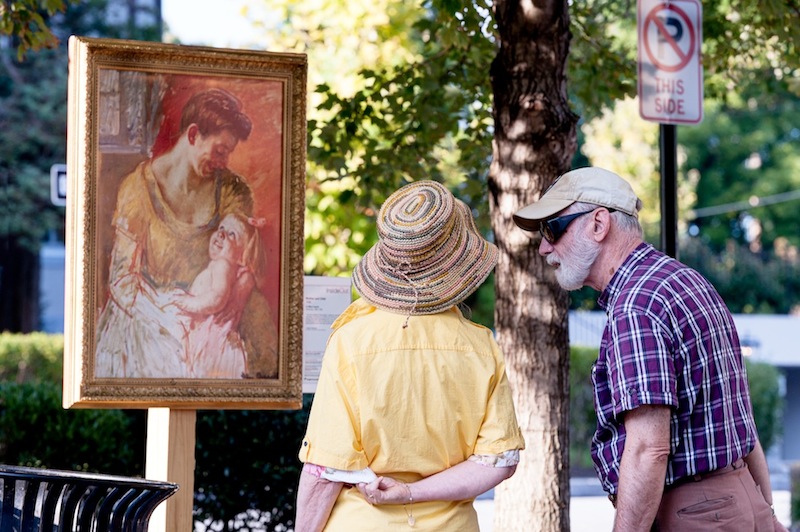 Obviously, these aren’t originals. They’re high-quality, weather- and graffiti-proof replicas in period frames. And I have to tell you, they look pretty darn nifty in their fish-out-of-water locations.

The alfresco pop-up comes courtesy of the Philadelphia Museum of Art’s new InsideOut program, created to bring masterpieces to the masses.

Entirely funded by grant money, the PMA chose Wayne, West Chester, Norristown, Ambler and Fishtown for its second installation cycle, with three more cycles (17 more towns) to come through next fall. (Download the form to nominate your hometown here.)

“We want people to find new ways to incorporate art into daily life,” is how PMA’s InsideOut Coordinator Gina Ciralli described the pop-up’s purpose at a kickoff reception and ‘art crawl’ last Thursday. 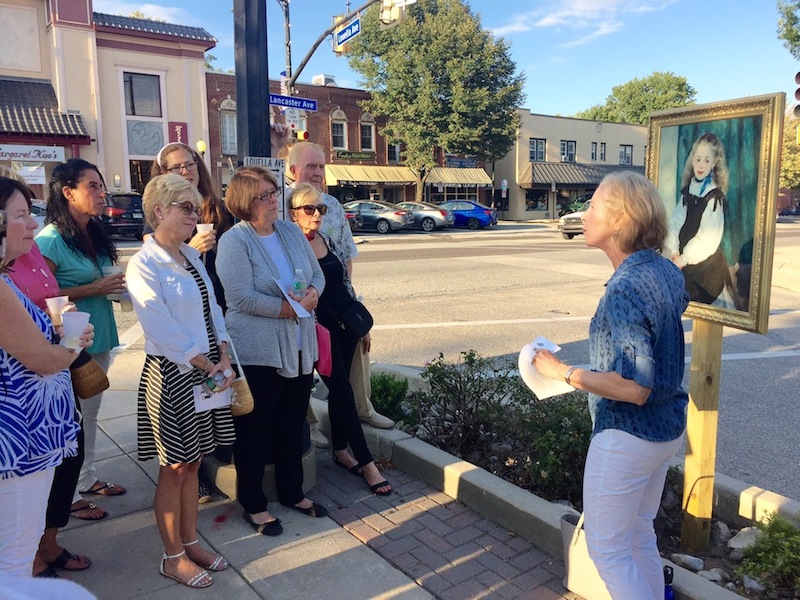 Why Wayne? It has a charming downtown, gets a ton of foot traffic, and enjoys “strong civic engagement” via the Wayne Business Association and Wayne Art Center, both of which have pledged to program around the project, Ciralli explained. An added bonus: Anyone with a 19087 zip code gets free admission to the Art Museum Friday, Oct. 16 – Sunday, Oct. 18.

To hunt for all 14 treasures, download a map here or pick one up from a downtown merchant. But do it before the weather turns. The paintings come down Nov. 15.

Look for an early October opening for Zoe’s Kitchen in the old Cooz’s Corner spot in Wayne. Love how the fast-casual Mediterranean chain has completely overhauled the tired old property at 613 Lancaster, just east of Old Eagle School. 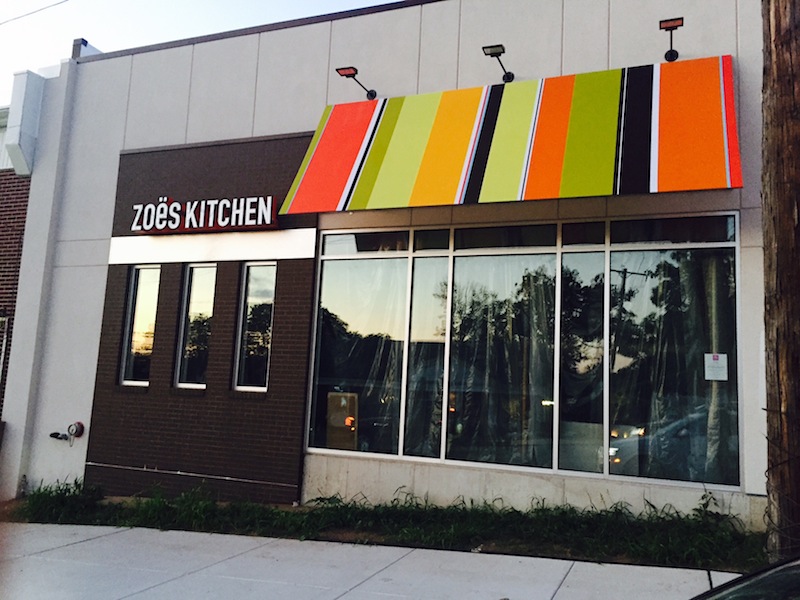 The Zoe’s Kitchen awning went up last week. The fast-casual chain is now hiring and plans to open early next month.

A company spokesman tells SAVVY there will be 83 seats inside, a 20-seat patio and a separate door for take-out.

Zoe’s specializes in pitas, roll-ups, salads and kebabs and does a big lunch and dinner takeout and catering business. Wayne will be the seventh Pa. site for the Alabama-based chain; there’s another Zoe’s in Bryn Mawr.

After a two-year run, Avero Bar Italiano has gone dark near the Whole Foods in Devon. A note posted outside says the business is for sale.

Sadly, Avero – which started as a glorified pizza palace – never found its footing in the former Pa. Wine and Spirits store. From what I gather, the big problem was atmosphere. Even though the décor was tweaked and softened, the place never had the warm, cozy feel Main Liners seem to love in their Italian restaurants.

Co-owners Scott Morrison and Vince Schiavone – both super nice, local guys – gave it their best shot. A former partner in Tango, Basil, Nectar and Maia, Scott is an industry vet and accustomed to the whims of the dining public. But Avero was a first foray into the fickle world of food service for Vince, a tech investor; I’m guessing it will be his last.

I’m all for second chances but it’s hard to see how Yangming will bounce back from ignominy – despite the owners’ Facebook apology. Banking on short memories, the owners apparently plan to re-open in the next week or so. And here I was, thinking the place would be sold and bulldozed or, at the very least, shuttered for months.

And speaking of bouncing back, how does one recover from seeing your girlfriend shot and killed on live TV? 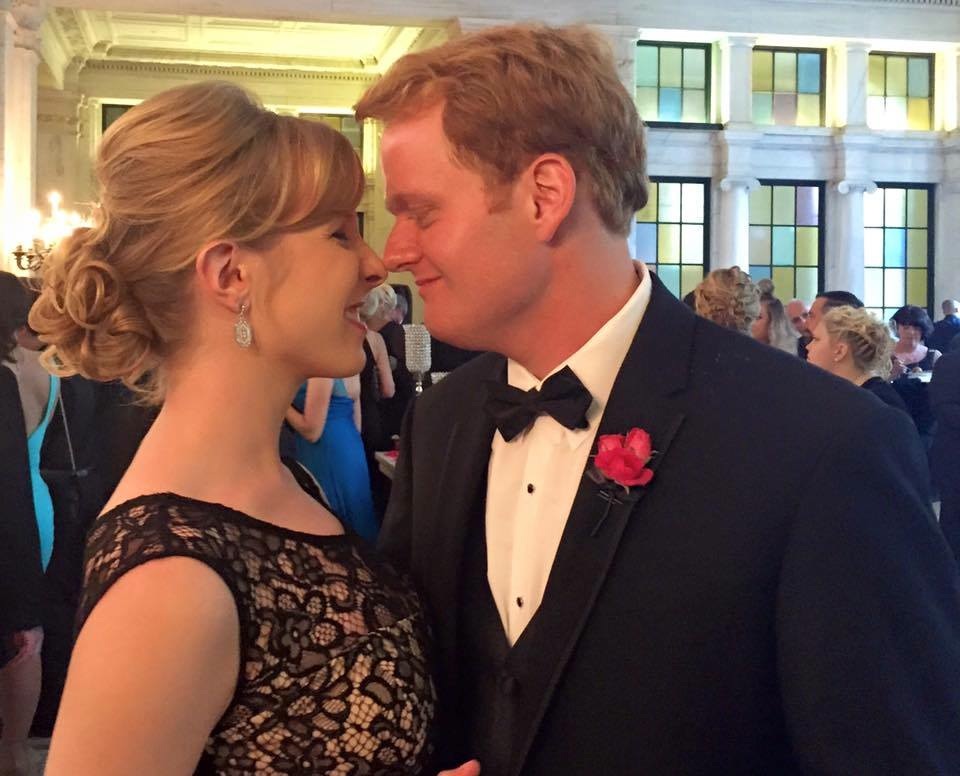 That’s the unspeakable nightmare native son Chris Hurst is enduring these days. Chris, a 2005 Conestoga and 2009 Emerson graduate, was all over the news last week, bravely sharing memories and photos of Alison Parker and spreading the word about memorial scholarships at JMU and Patrick Henry Community College, her alma maters. Chris, 28, is the evening news anchor at the Roanoke station where Alison worked as a reporter. A couple for nearly nine months, the two had recently moved in together and were talking marriage. The Main Line grieves with you, Chris.