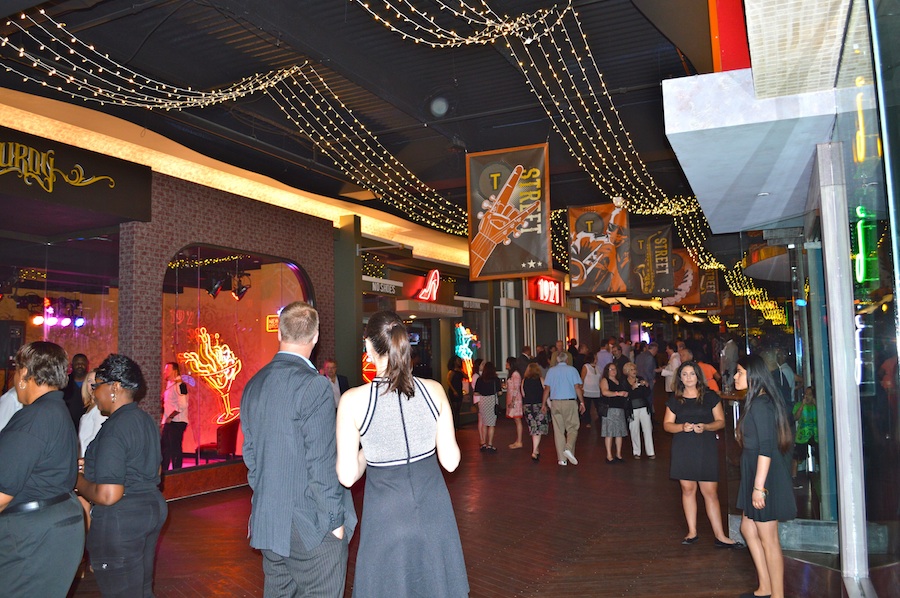 Bart invited hundreds of his besties – me among them (although we hadn’t yet met) – to monkey around in The Playground at a VIP preview last night.

With six distinct live music venues under one roof, The Playground’s T Street is like your local multiplex: if you don’t like what’s playing in one spot, mosey on over to the next. (The walls are soundproof!)

Perfect for pre-gaming (and social climbing?) is the central Monkey Bar. 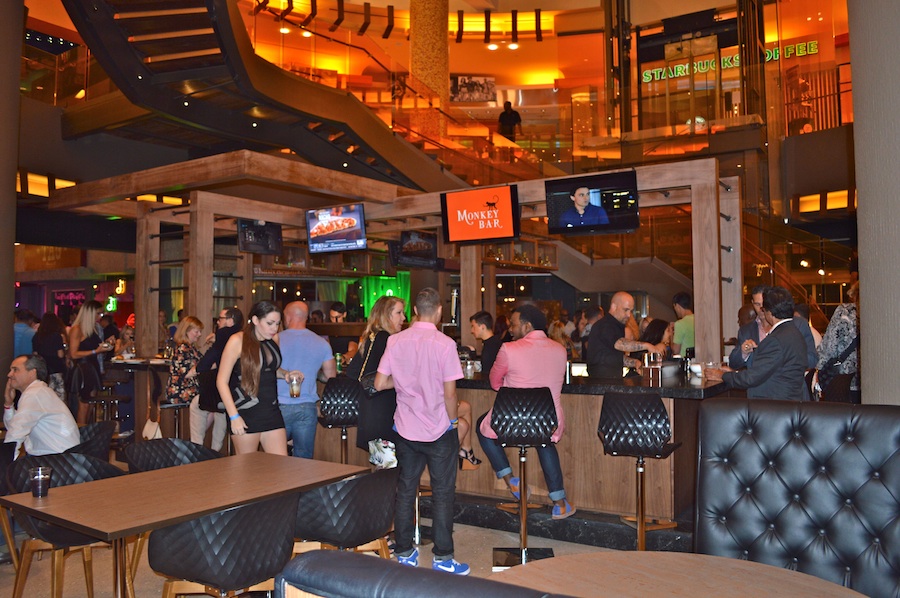 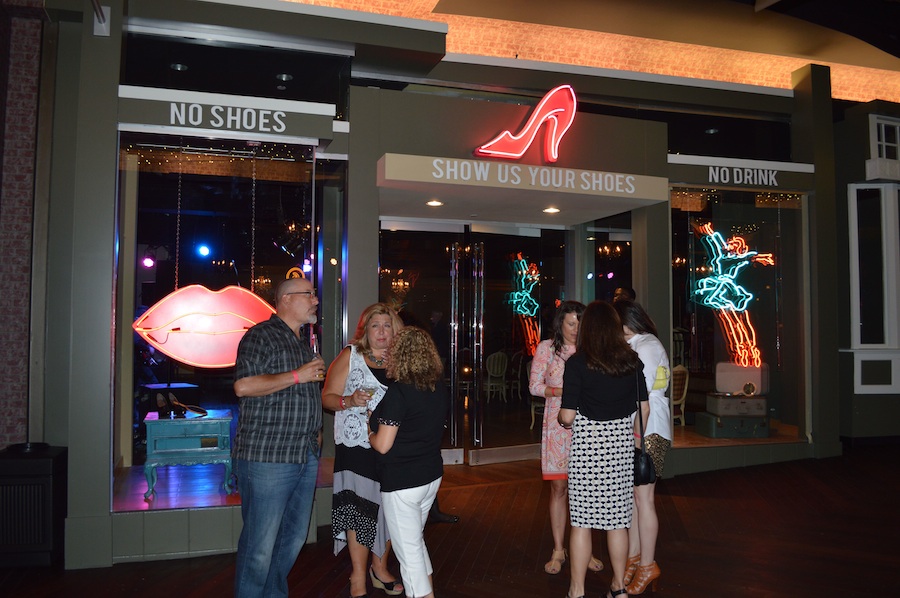 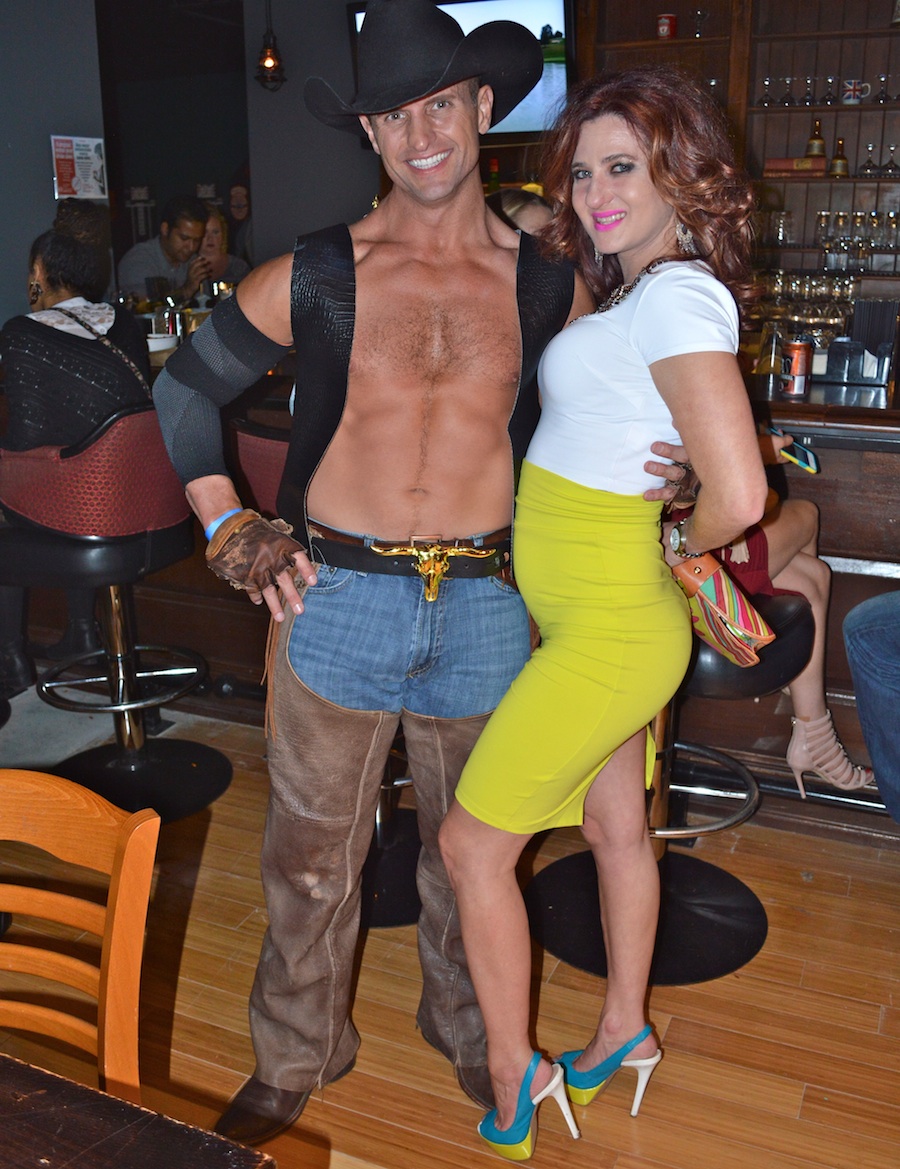 southern-styled Purdy (as in “Ain’t she purdy?”) for jazz and bluegrass, Bluey’s Irish pub, and jutting out farthest into the ocean (where that silly musical fountain once spewed forth), the three-story concert venue 39 N (its latitude/longtitude). 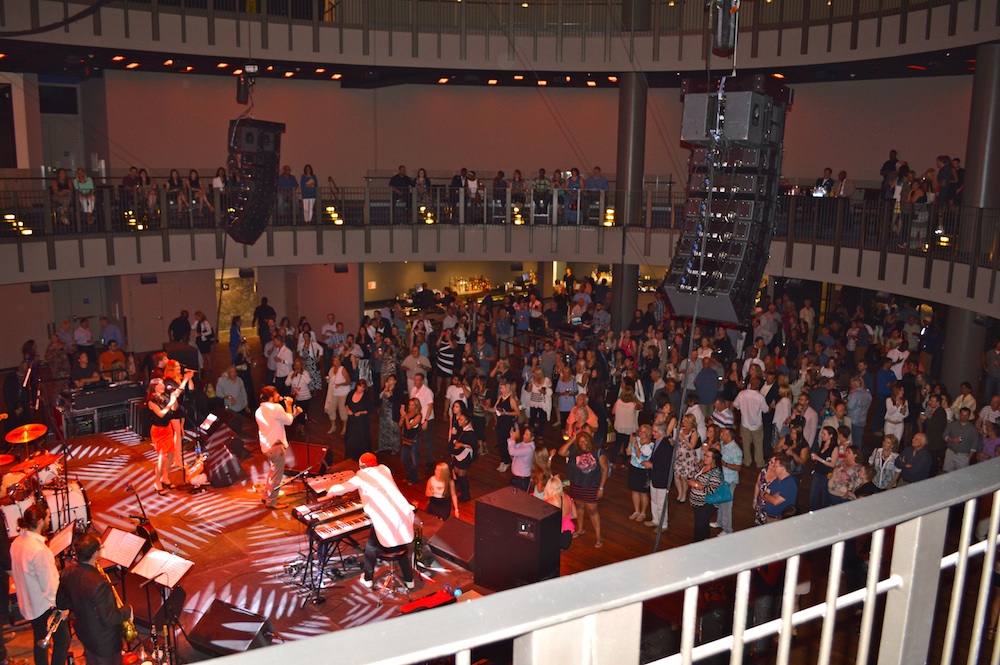 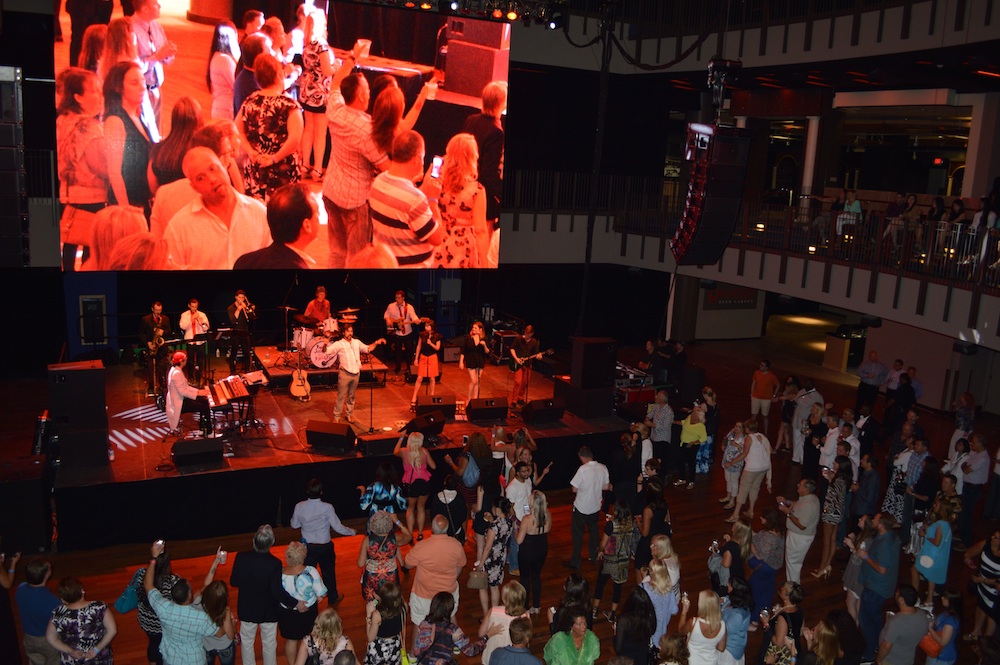 Brother Joscephus & the Love Revolution gets the crowd stoked for its Friday night show.

The back of this massive ocean-liner-of-a-building has been opened up (finally!) to showcase the sun, the surf and the Riviera, a beer garden set to open July Fourth weekend.

Jose Garces (via Garces Events Down the Shore) is doing the food – hand-held goodies and bar snacks designed for sharing and munching as you go. Last night’s Mexican pizzas, loaded fries and burgers were quite tasty.

When The Playground’s complete, we’ll get a flashy bowling alley (The Bart Bowl, naturally), a state-of-the-art sports bar (The Varsity Club) and an enormous swimming pool on the beach.

Never one to think – or talk – small, Blatstein says The Playground will be “the number one tourist attraction in Atlantic City” and “the entertainment capital of the East Coast.”

And with top-shelf mates like Steelman, Garces and Starr, along with live-music booker Bonfire Entertainment (lots of homegrown Philly acts, yo!), you know Bart’s not just blustering here.

So raise a glass to Blatstein’s Big Fat Boardwalk Empire. May it enjoy a long and playful run. 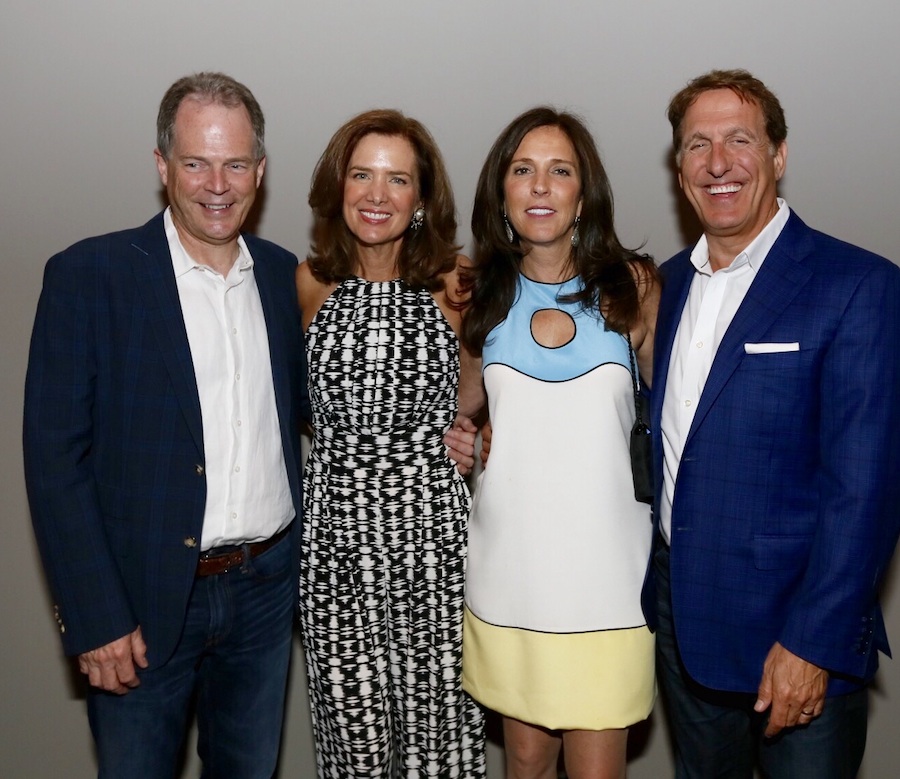 Toasting T Street with my husband, Rich, and Jill and Bart Blatstein. (Photo by Nick Valinote)

Closer to home and on a scale more modest was the Duportail House “big reveal” the other night.

A bunch of local businesses donated $60,000 worth of work to overhaul the bride’s suite at the historic event space in Chesterbrook. The place hadn’t been touched since it became Duportail Inc and started hosting weddings and corporate shindigs back in 1985.

Berwyn HOME-ology owners Beth and Bill Merrryfield donated a table they handcrafted from tiger maple and a hutch made from salvaged wood. 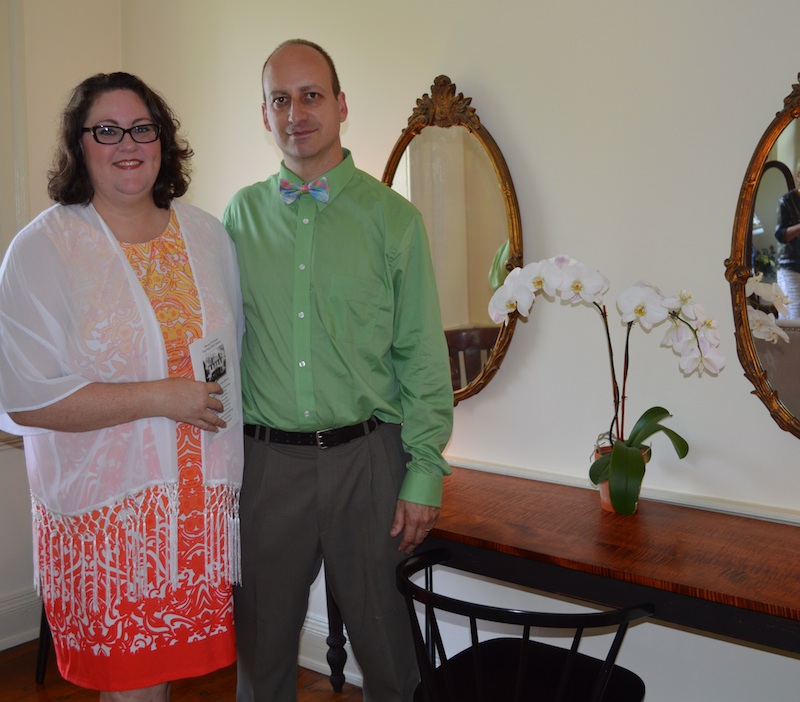 Knots and Weaves donated the handwoven Pakistani rug resting beneath the feet of Ann Gunn, the mother of the Malvern store’s owner, Kerry Greim. 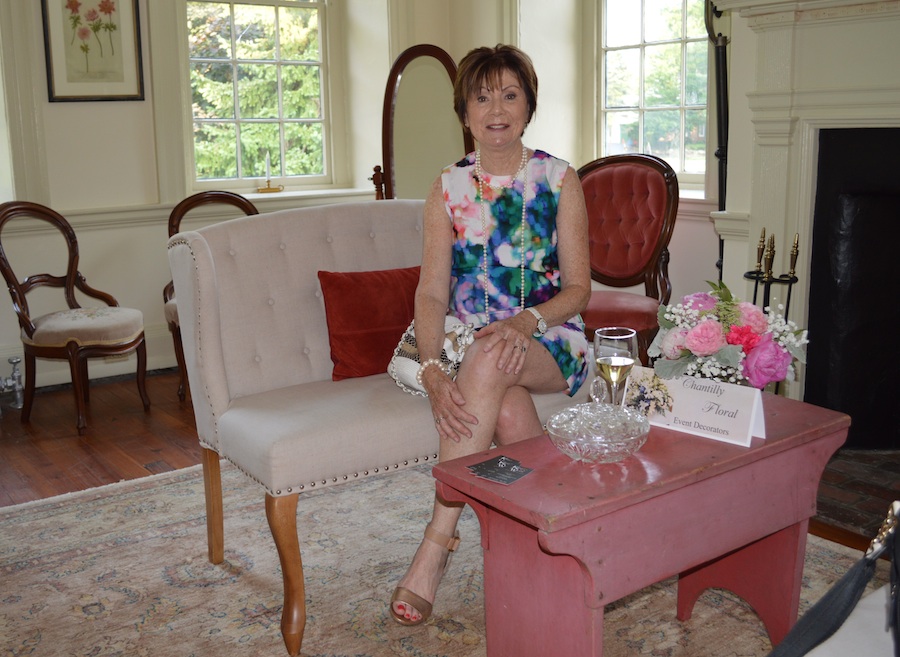 Updated window treatments and wall colors on the first floor will come next, Duportail House supporter Judy DiFilippo tells SAVVY.  With another historic wedding venue poised to open just over the covered bridge in Valley Forge Park, Duportail is wise to freshen things up a bit.